On The Road To Damascus 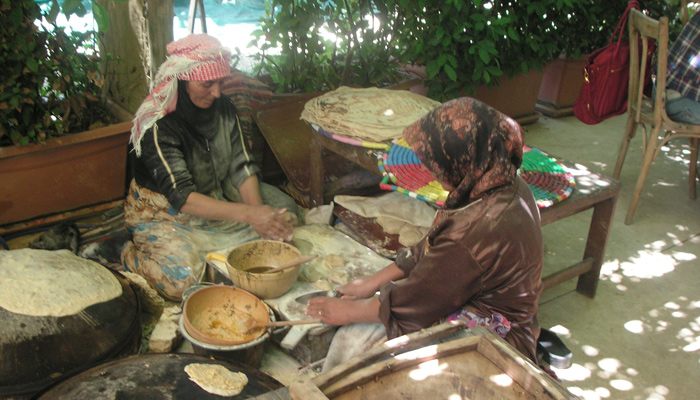 For those of a certain age the words Beirut and Lebanon are shorthand for all that has gone wrong in the Middle East over the past generation; the cauldron of a preternaturally complicated Civil War is still simmering; checkpoints abound on the dusty roads and even smart buildings such as the famous downtown hotel Phoenicia are still riddled with bullet holes; a pointillist souvenir from not so long ago.

With Damascus only 60 km down the road, the veneer of cosmopolitan Beirut, with its more than fair share of rooftop cocktail bars, night clubs and jeunesse dorée, maybe somewhat illusory. The ethnic, religious and atavistic tribal make-up of the country is unfeasibly complicated, and yet in this period of relative prosperity there is a sense of an esprit de corps, and an almost touching national pride, born out of adversity and the fragility of the peace.

The country is long and narrow, the fertile Bekaa Valley (the bread basket, cornucopia indeed, of the country) shouldered on both sides by mountains, Lebanon and Anti-Lebanon, which rise to nearly 3000 metres. Even in mid-June the road over Mount Lebanon is surrounded by vestigial snow, some of which blocks the road. Herds of goats and sheep are the other timeless obstacles. Above the birds of prey hover and the atmosphere is perfumed by the honey aromas of the indigenous Jeenqui plant. The world’s oldest cedar tree, pre-dating Christ by over a thousand years, is centrepiece of the wildlife sanctuary here. 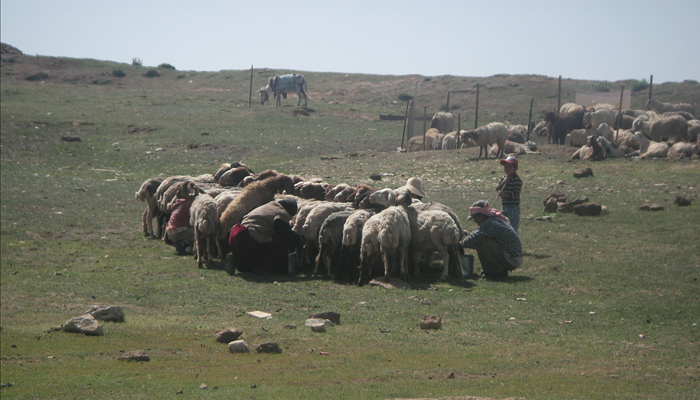 On top of the mountain our genial host Sami Ghosn, Moses in designer kit,  points out the Biblical landmarks; Mount Hebron, the Golan Heights, Cana, where water, appropriately enough was turned to wine. The Promised Land of Isreal is just to the South; it relies, Sami is proud to reveal, on water from these mountains; thankfully the fighter planes have not incursed for a few years. 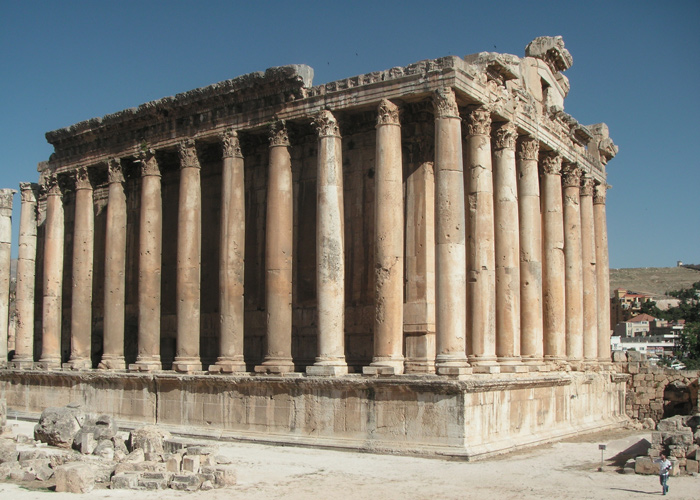 At the north of the Valley is the Temple to Jupiter at Baalbeck, built in the second century by the Romans. The fact that it is the largest Roman temple in the world underlines the significance of the Phoenician Silk Route and the pivotal location of this country. The Temple to Bacchus, within the compound, is larger than the Acropolis, on which it is modelled, its 54 flute Corinthian columns perfectly preserved. Outside the gift shop the locals try to sell Hezbollah tee-shirts; this is a Hezbollah stronghold and it is about 40 km from the troubled Syrian town of Homs. 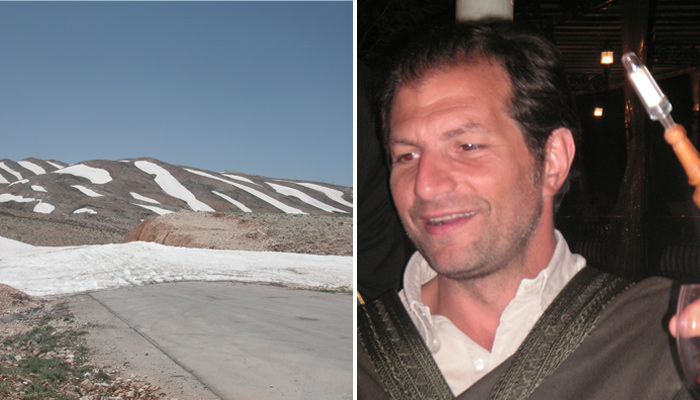 In the centre of it all we arrive at the vineyard of Massaya, an oasis of olive and mulberry trees, with roses at the end of the vines. With an engaging combination of courage, arrogance and inherited wealth, not to mention a commercial partnership with two famous French vinous dynasties (the Hebrands formerly of Cheval Blanc and the Bruniers of Vieux Télégraphe) the Ghosn brothers, Sami and Ramzi have transformed Massaya into a world class winery. Their wines are a far cry from those of the more familiar name of Musar, which seems to relish a somewhat volatile and evolved style. Sami farms in the hills of the northern end of the Bekaa Valley and has invested heavily in stainless steel and expensive foudres, similar to those to be found in Châteauneuf-du-Pape. 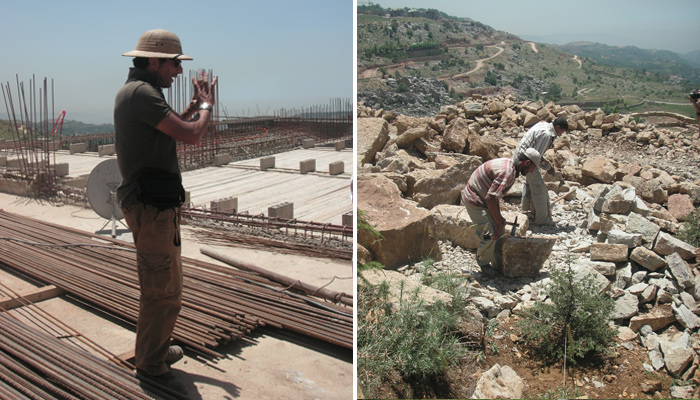 His wines get better and better, with their winning combination of international grape varieties Cinsault, Cabernet Sauvignon, Grenache and Mourvèdre; the last two give more than a nod to the expertise of Daniel Brunier who is actively involved in the vinification process, and it shows. With scattered vineyards at over 1500 metres farmed and harvested entirely by hand and an impressive new winery being constructed à l’ancienne, the brothers do not lack for ambition, much of the construction work in the country appears to be unfinished, so we must hope that the Mediterranean blight of  property fuelled debt bubbles does not spread to The Lebanon.

A secular democracy, and a not insignificant financial centre, the country is prosperous for the time being, but political reality is never too far away as when, for example, a caravan of Syrian refugees delays the traffic on our route to the ancient town of Byblos. For now it is easy to hammer the horns of the 4×4 (the vehicular lingua franca in these parts) and to overtake in a cloud of dust and shouting, but this may not always be possible. Everywhere there is sound and fury. On the hotel terrace at night, we drink the local beer and are not quite sure if the noise from the hillside is machine gun fire or wedding fireworks. Either are possible, but only because we know that there has been a wedding here today.

It is easy to be seduced by wines in situ, the more exotic the situ generally the more intense the seduction. And here we are talking serious seduction, a scene from High Opera. The acid test (in both senses) is whether the wines will taste as good when lined up against their peers in the rather less glamorous environs of the Tasting Room at BBR Basingstoke. Early indications are positive and it especially impressive when a Rosé can survive such a culture shock; the 2011 Massaya Rosé is their best yet; ditto their Gold and Silver 2009, in fact the whole range. These are clearly vins de terroir and the steepest clay-limestone slopes are proving perfect for these robust yet fresh and inherently complex wines. Sami speaks eloquently of a third category, to bring the story of wine full circle. 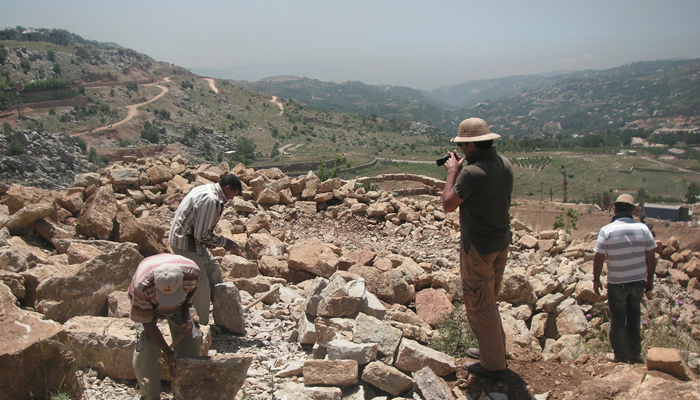 We all know about Old World and New World wines, but to these we should now add Ancient World wines, wines from the vast geographical expanse known locally as The Fertile Crescent. This will include, inter alia, Greece and its islands, Croatia, Armenia, Georgia and perhaps most telling of all, Israel. The inclusion of the last name reflects a genuine sentiment of a sense of vinous brotherhood that should rise above the maelstrom of politics. A noble dream indeed for the time being we should at the very least applaud the Ghosns for their indefatigable work to ensure that Massaya is to be one of the leading wines of this brave new Ancient World.

6 Responses to “On The Road To Damascus”