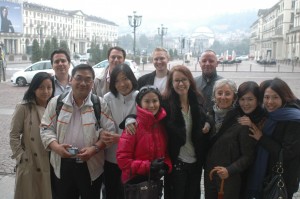 It’s been a few weeks since my arrival back in HK and yet my thoughts are still very much in Europe in what was a defining trip for the HK Sales Team, to Piedmont and Burgundy. Granted my ever-expanding belly is the proof of this trip, however, I think the ever-expanding enthusiasm of our sales team about both regions is the real tale of the tape!

I have to admit to being just a touch concerned about the logistics of this little jaunt to Europe. Fly to Turin via Paris, drive to Piedmont, train from Turin to Chambery, drive to Beaune with a few stops on the way. What could go wrong with twelve staff, two cars, Nick “Schumacher” Pegna driving one and Adam “I’m dodgy on the left, let alone the right” driving the other? Oh and I forgot to mention the MOUNTAIN of luggage our females colleagues were carrying with them (I have never seen Chanel wellington boots before!)

As we arrived in Turin, the welcome face of David Berry Green (who, since his time in Italy, is by far and away the coolest man at BBR) greeted us at the airport with, low and behold, the legend and queen of Barolo that is Maria-Teresa Mascarello. Ding dong, what a start to the trip.  I was a little star struck as I LOVE the Barolo from Mascarello-Bartolo, however, as usual, the HK team were being their usual charming selves and sharing fashion tips with Maria-Teresa whilst walking the cobbled streets of Turin (above), on a quick tour before we got down to business.

Given the often negative mumbo jumbo on Nebbiolo when young, often appearing nothing more than water-like, before knocking you for six with its racy acid and monstrous tannins, I felt David was going to have his work cut out convincing the whole team that this was a myth of yesteryear. Well, I was 100% categorically wrong. There was never 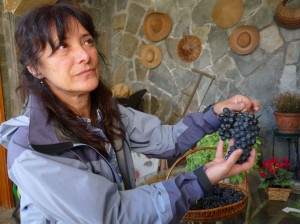 any doubt, it was easy, David just had to introduce us to this beautiful landscape, the history of the region and most importantly the wines and the people that make them. Today’s crop of wines from the likes of Giovanni Rosso, Chiara Boschis (right)and Mario Fontana (to name but a few!) are crafting riper, more balanced and downright drinkable wines from an earlier age.  Starting with Cascina delle Rose, with their fragrant and accessible Barbaresco, it was clear to see that Nebbiolo is at home and at its zenith in the rolling hills of Piedmont  and it is the perfect tool to show the varied climates, soils and nuances that this stunning region has to offer. I felt like I was in burgundy three days too early!

For me personally (being a bit of Burgundy train spotter), tasting and visually seeing the difference sites and styles between each village was where the real excitement came. Comparing the power of Serralunga to the Chambolle elegance of Castigliogne Falletto… and let’s not get in to each individual Cru vineyard as well… OMG I was in heaven! As a team we were all encapsulated by the region and the wines. Every single producer we met was unbelievably hospitable, whether it be Giovanni Rosso’s Italian charm and style to the absolute passion of Chiara Boschis, each had story to tell and an absolute love for what they do… This most definitely showed in the wines.

For a wine sales team based in HK, this was a far cry from the envisaged ‘Bordeaux or bust’ mentality that many believe this market to be. I am not saying Barolo or Nebbiolo itself is the future of the market (though I am sure it will play its part), but 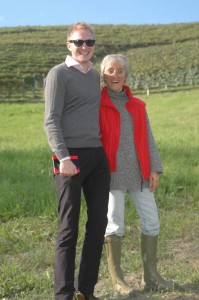 by gee, variety and passion for what is IN the bottle and not what is ON the label IS the key to a healthy market. For me personally the highlight of the three days was our last visit to Cantina Mascarello Bartolo and being shown around this humble yet iconic Cantina. Maria-Teresa’s father, Bartolo Macarello, was a legend of Barolo and his daughter is cut from the same cloth! Sat down at the table, for the final tasting of the trip, the team was tasting and discussing the merits of her young and muscular 2006 Barolo (a legend for the cellar), when lo and behold, up pops a magnum of the 86 (a good but underappreciated year… apparently!); jackpot – what a way to finish!!! For The next 30 mins there was pretty much a serene silence in the room…  We just sat back and experienced a seriously special and beguiling bottle of wine. Evolving and changing in front of us, there were no flashing signs, neon lights here – Maria-Teresa (with me, left)needed to say nothing, the wine spoke for her. It was grandeur in a glass and completely at ease with what it had become. OK, I am not saying this was greatest Barolo I have ever tasted but it was up there though.

In hindsight it did remind me (as so many great mature wines have done in the past) of Stephens’ description of the Great British landscape Kazuo Ishiguro’s stunning book The Remains of the Day…: “The English landscape at its finest – such as I saw this morning – possesses a quality that the landscapes of other nations, however more superficially dramatic, inevitably fail to possess. It is, I believe, a quality that will mark out the English landscape to any objective observer as the most deeply satisfying in the world, and this quality is probably best summed up by the term ‘greatness.’…And yet what precisely is this greatness?…I would say that it is the very lack of obvious drama or spectacle that sets the beauty of our land apart. What is pertinent is the calmness of that beauty, its sense of restraint. It is as though the land knows of its own beauty, of its own greatness, and feels no need to shout it.”

I know it sounds a little lovey-dovey and romantic, but for me the greatest wines (particularly from Burgundy and Piedmont), when fully mature, share this calmness and greatness. A great way to finish off the three days and first part of BBR HK Sales Team on Tour – ‘Europe Watch out!’. Thanks so much to David and all the producers we visited for their incredible hospitality. We will do the same in HK!

One Response to “Planes, trains and automobiles – part 1”