Interview with Claudio Rosso, President of the Langhe and Roero Consorzio 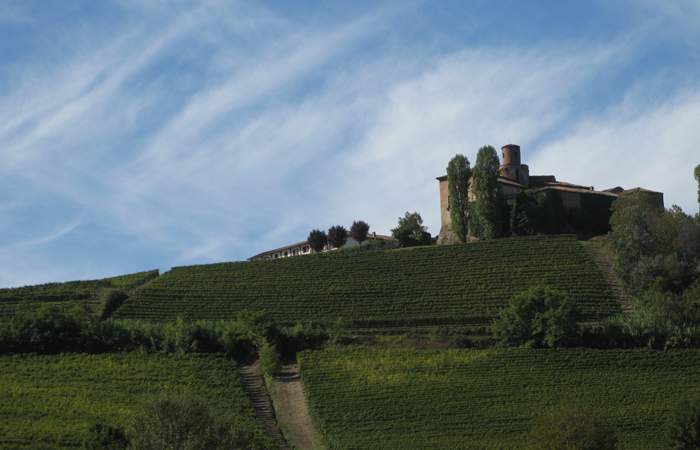 At the end of the month Signor Claudio Rosso bows out after three years as the (Honorary) President of the Langhe and Roero Consorzio, representing most – but not all – of the hundreds of (Nebbiolo, Barbera, Dolcetto, Arneis, Moscato) producers in the region. Last week I caught up with him at his family’s Cantina Gigi Rosso, where he has been the enologo along with his father since the ‘80s, and had a chat about his work with the Consorzio.

During his time in office he has, among other things, overseen the formalisation of the ‘Menzioni Geografiche Aggiuntive’ (delimiting the individual vineyards in Barolo & Barbaresco) and facilitated the adoption of ‘Valoritalia’, a Brussels quango introduced last August aimed at controlling the certification of DOC and DOCG wines – a role currently carried out by the Consorzio and the local (Cuneo) ‘Camera di Commercio’. But, to a significant some, Valoritalia is simply an extra layer of bureaucracy (and cost) that adds no value at all in an already commercially tough climate.

Valoritalia, there’s been a 18% increase (to 3 million) in the number of bottles of Barolo remaining unsold in cellars since 2006, while those of Barbaresco have risen by 20.6% over the same period. However there’s no mention of the amount still lying in bulk…

The Consorzio’s answer to this growing problem has not been to reduce the number of bottles produced through a lowering of the yields (80 quintals/55 hectare litre) – an option tabled by Signor Rosso but rejected by the Consiglio d’Amministrazione – but to invest more behind the promotion of the region’s wines. In fact, when I caught up with Signor Rosso, he had just returned from Rome armed with a new 164 Law, an erga omnes obliging all Langhe and Roero producers, within and without the Consorzio, to contribute towards the increased promotion of the region’s wines. For unlike, for example, the Brunello di Montalcino Consorzio, those of the Langhe have to date placed individual interests above those of the region.

While Signor Rosso evidently places great store by this new ruling there are those that feel the problem of oversupply goes deeper; that it’s a root and branch issue, tied up with the liberalisation of planting rights as prescribed by Brussels…an issue for the next President of the Consorzio, Signor Argamante perhaps.

The Langhe and Roero Consorzio was set up in 1934 to defend the Barolo and Barbaresco wine (brands) and subsequently re-organised in 1992 and 1994 to oversee la gestione/ the management of the yields, the certification (based on chemical and organoleptic analysis) of the wines and increasingly the valorizzazzione, the enhanced communication of the region’s wine.