What a difference a year makes

Joss Fowler looks at wine investment over the last year 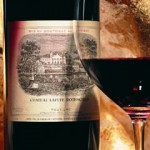 This time last year was about the time that fear hit the fine wine market.  We had seemed immune from the wider travails of the economy – 10 cases of 2000 Ch. Lafite-Rothschild selling at Christie’s for a shade under £11,000 per case just days after Lehmans filed for bankruptcy protection – but in October and November prices, notably those of the top 2005s, dropped off.  2005 Lafite, which was touching the £10,000 per case mark in the summer of 2008, could be picked up for £6,000 per case in November of that year.  This was clearly an opportunity for the brave – Lafite 2005 is now selling for £7,500 per case and more.
A year on, and things are much brighter for those whose interest is in the price of wines going up.  The supply of the best wines is limited and this fundamental is now kicking in.

So what does next year hold for us?  Investing in wine has become increasingly popular: despite the falls of last year (and the big ones were restricted to a few wines) wine, on reflection, has performed well and is increasingly attractive to those with the long-term view and those who want to put their money into something tangible.  The increased investment in wines is not without its effect: more buyers push prices up in the same way that sellers pull them down and we may well see more ups and downs than we have seen in the past.  The wine market is relatively illiquid when compared to stocks and shares, though it is more tradeable than ever before.

The key driver of all the prices isn’t the investors, though: ask anyone in the Far East.  This relatively new market for fine wine is booming and this is just the beginning.  We may well have customers in the UK whose cellars are full but the cellars in Hong Kong and mainland China need filling and, sadly, one just can’t make any more Mouton, Lafite et al.