No starch in my boxers thanks 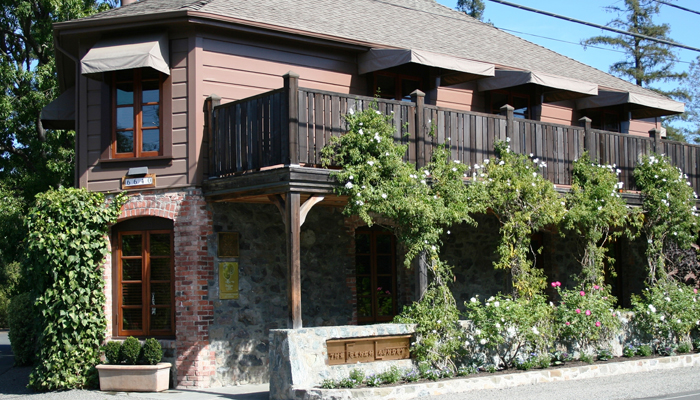 One of the numerous upsides of working in this great industry is that every now and again you get invited to places that are impossible to get into. A case in point was a few weeks ago being asked to the fabled French Laundry in Napa, California. Always in the top three restaurants of the world in any survey, I have to say I was very excited about our Sunday lunch there. There were four of us, my new wife Sarah (from BBR Accounts…sadly she couldn’t swing it on my expenses…I did ask!), Mark Ross our Commercial Manager and Adam “Bilbo” Bilbey, one of the Fine Wine Team.

We dutifully arrived at 12.00 pm on the dot and joined several bewildered, hungry diners trying to find a way in to the very understated establishment. That was before any alcohol was even consumed. When we did find access we were led to a corner table in a fairly dark and somewhat oppressive dining room. Actually so small that the waiters and waitresses had to perform like synchronised swimmers just to go about their job. The table was beautifully laid out with a traditional wooden peg embossed with the FL logo clasping our napkins. The wine list is amazing (the dollar rate still in our favour) as you can imagine and our choices are below. Sadly, as with a lot of these kind of restaurants the sommelier was patronising, arrogant and far less welcoming than the rest of the staff who were charming.

I wont go into too much detail but we did have three different salts to try with the foie gras! We left, 4 and a half hours later, feeling quite staggered by the amazing fare we had eaten. It was the greatest “proper” menu I had ever eaten. (El Bulli still taking the crown for me for overall dining experience) If you are ever in that neck of the woods and you have had the forethought to book four months ahead, it is worth every cent of the $240 per head and even the pompous wine waiter.