The future’s bright in Beaujolais 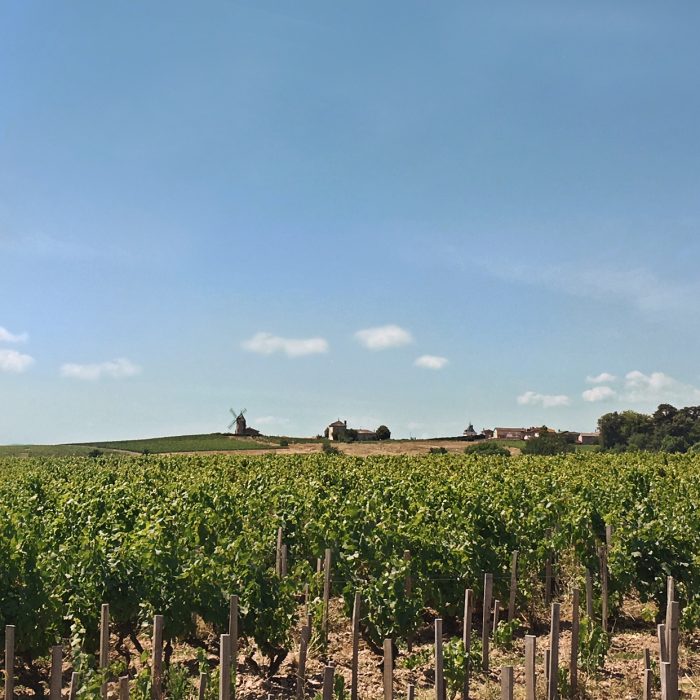 The view across Moulin-à-Vent

Fresh from a trip to Beaujolais – charmed by the people, place and wines, Gemma Duncan reports on the excitement the region offers – particularly when it comes to a more natural approach

I’ve been lucky enough to visit various wine regions through my job – but I’m not sure any have made me feel the way Beaujolais did. After spending 36 hours in the Côte d’Or discovering the various villages between Dijon and Beaune – and bemoaning the fact that I really would have found studying for my WSET Diploma simpler had I visited the region a couple of years ago – we found ourselves behind the wheel, heading south on the A6 towards Mâcon.

Our first stop was at Julien Sunier’s house in Avenas. Julien arrived in Beaujolais exactly 10 years ago with little more than the clothes on his back and a few years’ winemaking experience under his belt. A decade later, he is bottling wines under his own label – no small feat. Over the years he has converted a cattle shed into his home, his cement fermentation tanks standing sentry opposite, tucked under the roof of an open-sided hay barn.

Julien is part of the movement toward low-intervention winemaking in Beaujolais. His vines are free-standing and devoid of any chemical spraying through the year. He rents parcels of vines in Fleurie, Morgon and Régnié, and is systematically converting them to organic viticulture, before handing them over to other young winemakers who are keen to follow a similar philosophy – while Julien moves on to tackle new parcels of vines, transforming them into more environmentally sustainable sites.

After harvest, the grapes are trucked up to his farm and fermented under his watchful eye, effectively in his back yard. It’s here that we found ourselves on a sunny Friday morning. I don’t think I would ever have considered Beaujolais for breakfast before – but it turns out it was a perfect way to start the day. We tasted three of his 2017 wines – Wild Soul, Régnié and Fleurie. Julien’s wines perfectly reflect his character – exuberant and exciting. The wines are beautifully made and expressive, with the typical red fruit characters – I defy anyone not to enjoy them (though perhaps wait a little later than breakfast).

After a short tour of the vineyard we were on the road again, this time heading toward the famous windmill of Moulin-à-Vent, where we met Thibault Liger-Belair. Unlike Julien, Thibault is from a winemaking background. His family has had an estate in Nuits St-Georges since the early 18th century, but 10 years ago – back in 2008 (there must have been something in the water) – Thibault made the decision to invest in vineyards in Moulin-à-Vent.

Thibault has spent the past 10 years carefully selecting parcels of old vines between 60 and 140 years old (some even older). One of his vineyards, Les Vignes Centenaires, includes vines planed in 1872. He works organically, working hard to save parcels of old vines and produce the best, age-worthy Gamay. His hard work is paying off and he, like Julien, is producing wines which are already helping restore the region’s reputation.

Over lunch in one of his vineyards, Thibault treated us to a tasting of both his 2016 and 2017 vintages. Extraordinarily concentrated, his wines are a far cry from the lighter styles of wine you would usually associate with the Gamay grape.

I genuinely believe there is a lot of excitement ahead for Beaujolais. With considerate viticultural practices – the soil and vines being cared for with a long rather than short-term future in mind – we are seeing some truly beautiful wines coming from this once much maligned region.

Julien and Thibault’s passion for what they are doing is truly infectious – and I cannot wait to see more growers join them in taking up the sustainable winemaking mantle.

Browse our full range of Beaujolais on bbr.com