Under the spotlight: Californian Chardonnay 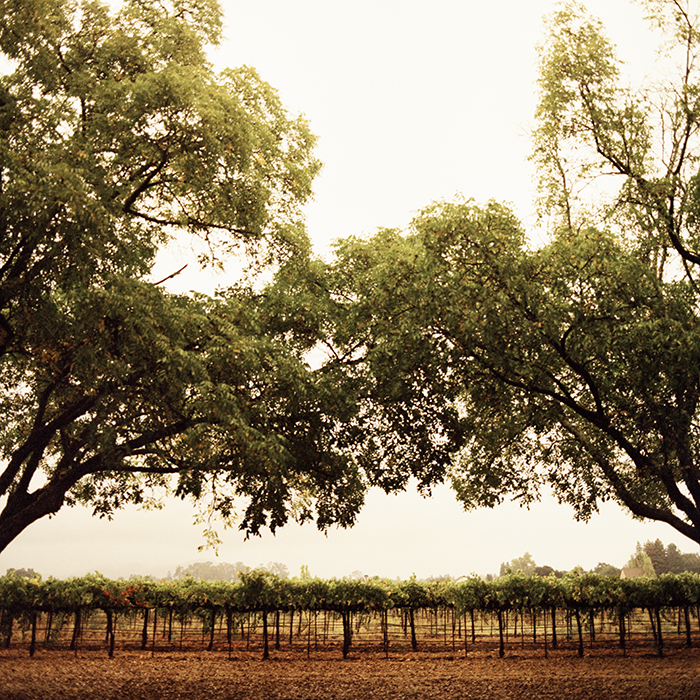 We put two greats of Californian wine – David Ramey and Jim Clendenen – together to talk all things Chardonnay. Here Sophie McLean shares a little of their conversation

On the 24th May 1976, Steven Spurrier revealed to an awe-struck “Parisian” panel, that California – a region traditionally considered as one full of bright, ripe fruit, had clinched the number one spot in a game-changing blind tasting. Pitched against the very best of France’s own “similarly styled” offerings, this tasting, now better known as “The Judgement of Paris” irrevocably tipped the perception of Californian wines overnight.

In the ripples that then echoed out towards the “fine wine” world of Europe, and onlookers within the wine trade at large – a legacy began that remains ever-strong to this day. The winners then were a 1973 Chardonnay from Château Montelena and a 1973 Stag’s Leap Cabernet – beating, to everyone’s surprise, wines from the likes of Ch. Haut-Brion, Ch. Léoville-Las Cases, Domaine Leflaive and Roulot, among other top French names.

Today, Californian Chardonnay remains a much-coveted creation, with arguably some of the world’s best examples continuing to hail from every corner of this sunshine-dominated-state. A few weeks ago, two heavy-weight West Coast winemakers – David Ramey from Ramey Wine Cellars in Sonoma County, and Jim Clendenen from Au Bon Climat in palm-tree-lined Santa Barbara – led a masterclass in the Berry Bros. & Rudd cellars, highlighting and discussing two very different regions and styles of altogether current, Californian Chardonnay.

“I could have gone anywhere,” says Jim Clendenen, who first got the bug for Chardonnay working in Burgundy, as well as Australia. “The only reason I stayed here [in Santa Barbara] is because of the natural acidity,” he says, “This was very unusual – and [so it meant I knew] I could [better] execute the wines.” He says, “no matter where you are, there you are” – defiantly indicating his personal take on the style – one which he began making in Santa Barbara in 1989. His vines, from the Bien Nacido vineyard at least, are 45 years old. “Our wine styles weren’t the Californian wine styles for a long time,” he suggests, alluding to a style favoured by critics, most notably Robert Parker, “Bob doesn’t like acid. He doesn’t like Burgundy.” Jim, however, very clearly does: “We’re going to make a 12.2 percent alcohol wine, whether you like it or not.” And – fortunately for Jim and indeed us – his wines, and many like them, are now enjoyed the world over, with the ABC wines carrying cult status today.

David Ramey, in humorous retort to Jim’s ability to dominate conversation, suggests that he too has never been a populist follower: “I’ve never embraced either style. I’ve been somewhere in the middle because that’s how I think wine should taste.” Ramey personally favours the use of less oak: “If we’re drinking a European Vermentino, a Gewürztraminer or Fiano d’Avellino at home, I don’t like it when I go back to our Chardonnay when the oak stands out.”

This discussion of oak expands to the wider Californian scene – and favoured “of the moment” practice. “Every millennial winemaker I know has given up on new oak [barrels]. They’re really expensive,” says Jim. A rationale he too buys into: “in anything that we’re selling here for less than $20, there’s no new oak – instead [it’s a] style of wine that emphasises fruit and lees.” These two elements, for him, remain the most important. He has a clear confidence in his white-winemaking. “We haven’t changed our style of Chardonnay in over 38 vintages,” he says, despite barrel costs that have increased by 400 percent, while the price of wine has only risen by 30 percent. He adds: “On balance, we’re drinking the best Chardonnays in the world now. They were sexy in the beginning, wild, exuberant.”

To this end, we look to the future of Californian wine and its Chardonnay. “There were more wineries in Napa in the 1880s than there are now” says David. “It wasn’t until Mondavi built his winery in ’66 that we’re ‘back on the map’.” Innovation has certainly made an impact – on them and the overall world-winemaking stage. “It’s easier now because the vineyards are healthier, leafroll virus was a very big problem” – a scene Ramey describes as “a sea of red leaves”, but with the advancements in technology come bigger challenges in terms of competition. Even – in Jim’s words – “shitty” areas of Europe are now making very good wine. “There are umpteen new pretenders in Napa alone,” he adds.

In their own patches, they are quick to name those who they believe form “the wheat” in a wine-world that “has exploded”; one that is “five times more complicated” and one where “there is a lot of chaff”. David Ramey mentions Hyde de Villaine (otherwise known as HDV) – a collaboration between Napa’s Hydes and the Burgundian Villaines – joined together in marriage. Jim recommends Gavin Chanin, Rajat Parr – in addition to Larry Stone MS, and Paul Lato – a Polish-born sommelier now frequently monikered “the Prince of Pinot” – all of whom he mentions specifically because “those guys all really respect Burgundy”.

In a comment that looks back towards where California has come from since 1976 at least, the state shows no signs of abating in quality or distinct style. Ones that, thanks to history, and as the ensuing back-vintage tasting shows, we have the good fortune of now being able to buy, taste and savour – as they age, long into the future.

Browse our range of Californian Chardonnay on bbr.com