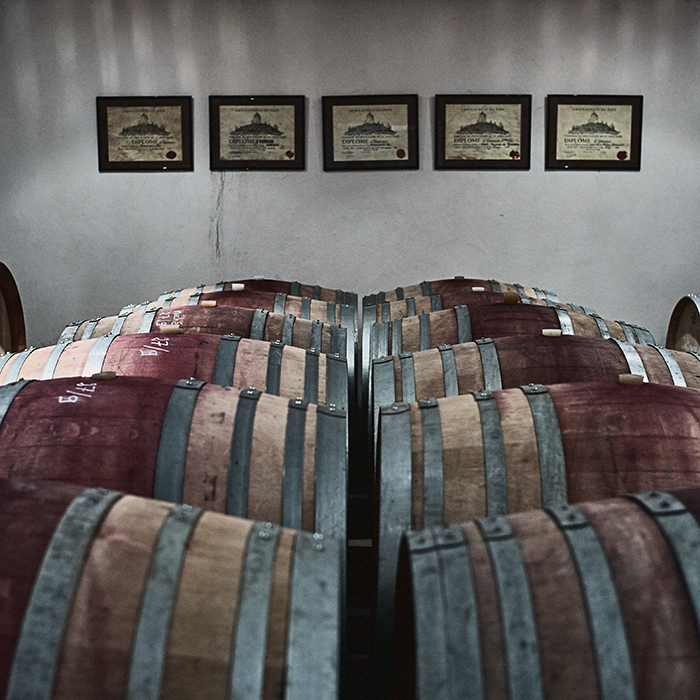 The 2016 vintage has already been much lauded as a truly standout year for the region. In the North the wines are classical, concise, and pure. In the South, they have dazzled all round. Here, Simon Field MW reports his findings

It would be somewhat simplistic, but not wholly inappropriate, to cut France in two when analysing the 2016 vintage. The northern half is troubled, modest, Protestant of temperament and relatively ungenerous of disposition; the south by contrast is benevolent, Reuben-esque, Catholic in spirit, and a source of unalloyed bounteous pleasure. To my mind the Rhône Valley is similarly divided – two wine regions sharing nomenclature but little else, something especially the case in 2016. Yet, as with most generalisations, one should be a little wary – cherishing the diversity and appreciating the nuance that nature has bestowed upon each.

The fantastic generosity of the Southern Rhône wines should not undermine on-going issues with drought and its potentially disastrous effects on the wines, whereas the restraint of the Northern Rhône styles may presage a safer future and may in fact, capture a stylistic mood. Be that as it may, one should not undermine the unabashed brilliance of the 2016 southern portfolio and, reciprocating its innate generosity, celebrate a very great year in the making.

The received wisdom is that the reds are better the further south one goes, with attractive ethereal whites resplendent across the whole region. Indeed, this is the first time of tasting young wines in the southern vineyards in two decades where the quality has been immediately and gloriously apparent; with the ‘15s (a far from negligible year), by comparison, tasting awkward and somewhat disjointed. The ‘16s all have a lift, a purity, and a wealth of fruit, and are self-assured by the fact that the high acid levels are natural and are not forced or added. The tannins are sublime; phenolic ripeness is achieved with minimal effort.

In 2016 there was no canicule, with just enough rain and surprisingly bounteous yields. The north was more difficult certainly, with spring frost and a rather lacklustre “humid” August compromising matters. Overall, however, this is a far from negligible vintage, its style embracing a far from unattractive Burgundian femininity. 2016, in short, is fascinating and infinitely varied. The southern reds most certainly keepers, their northern siblings to be approached sooner, the whites universally refreshing yet with a distinctive southern French charm. Comparisons in the North have focused on the 2012, 2006 and for some, the 2000 vintages, all of which have matured beautifully. In the South, not surprisingly, the comparisons have been more ambitious, 2010, 2009, 2007 and even 1990 have all been all cited more than once.

I am convinced that this is the best young vintage I have ever tasted, and I am lucky enough to have been sourcing this range now for nearly two decades. Only 2010 and maybe 2001 come close, but this is even better than both. 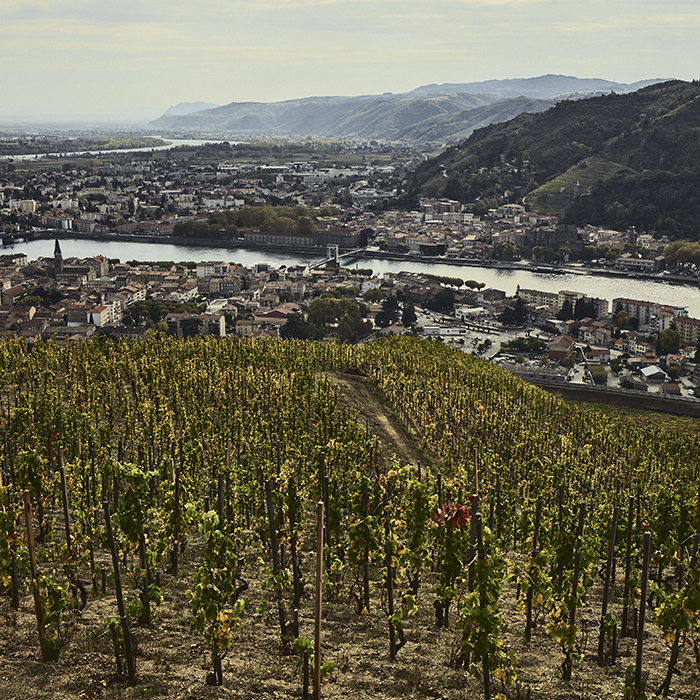 After the ripe and rich 2015, a thoroughly modern vintage, 2016 is a return to a more sober, classical style in the North – its relatively unassuming nature is not to be underestimated however. Comparisons with recent “lesser” years such as 2008 or, more especially 2014, are unworthy and inappropriate. The season was, however, marked by lower than average temperatures and early patchy frost which delayed the budding, rather as it had done in 2013. Brief but well-publicised bouts of hail in parts of Hermitage and Crozes-Hermitage in April complicated things further: flowering was three weeks later than 2015, a return therefore to its more traditional timing and coinciding with generally warm and pleasant conditions through the early summer. August saw more rain than usual, especially in the first two weeks; thereafter warmer conditions, allied to a cleansing Mistral, ensured that there were no mildew issues and, thankfully, the dreaded fruit-fly, so malicious in 2014, did not make an appearance. All in all, a small crop, with natural acidity lending tension and purity to the wines; the harvest was relatively late, but sunny, and the fermentations were, according to Pierre Rostaing, “easy”, needing little encouragement. Indeed, the descriptors generally employed by the growers focus on the charm, elegance and approachability of the wines. The most frequently cited comparison is 2006, an underrated vintage at the time and one which has stood the test of time very well. Better, dare I say it, than the much lauded 2005. Excellent whites and silky reds, not blockbusters to be sure, but it is in the cyclical nature of one’s approach to such things, with its concomitant nostalgia for more subtle pleasure, that 2016 will strike a most agreeable chord. 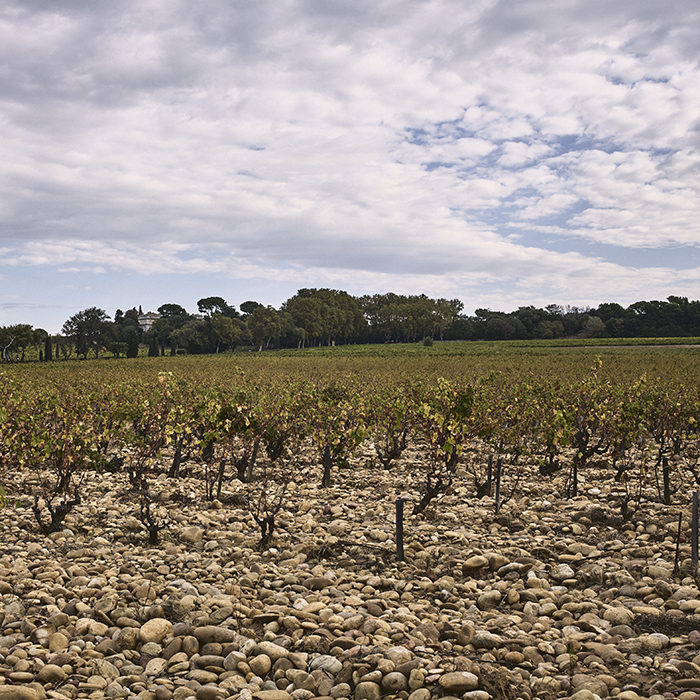 In the South the vintage is special indeed; the normally measured Daniel Brunier extols the “benevolent generosity of the natural world” and Mark Perrin enthuses even more than he did for the 2007s and the 2010s. Even your humble correspondent was struck by the siren call of the cask samples during his Autumn visit! It will always be a challenge to taste youthful Grenache-dominated wines at 8 o’clock in the morning, but this year aspects of pleasure and challenge coincided more than usual and there was a definite spirit of celebration in the air.

To achieve a juxtaposition of perfect maturity, generous ripeness and, the most difficult bit, attractive acidity plus purity of profile, is an achievement indeed. The tension between sweetness and freshness has seldom been better executed. How was this achieved? The consensus seems to focus on a combination of cool nights, a relatively mild start to the season, timely rainfall and an inherent resilience of old vines when it comes to the challenges of near-drought conditions. Although the “sécheresse” was even more marked in 2017, it was far from absent in 2016, and is now a perennial source of anxiety for these southern vignerons.

After the harvest of 2015, the winter was mild, the temperatures seldom approaching freezing, and then equally clement spring conditions were followed by modest rainfall in early summer. Then there was nothing at all between 4th August and a very timely 45 millimetres on 14th September. The warm weather ensured that sugar levels rose apace, but the historic water reserves, the benevolent Mistral and the accumulative effect of punctilious husbandry in the vines all ensured that phenolic ripeness followed quickly and that the vines were, enfin, perfectly mature. The whites were generally finished before the rain, therefore by mid September, the majority of the reds had been brought in, with Mourvèdre, as usual, closing proceedings by the middle of October. A triumph, then, for the South. Thick-skinned grapes, relatively small and therefore concentrated, have yielded wonderfully aromatic juices and perfectly poised wines. Phenolic maturity has kept stride with sugar levels and the results are outstanding.