A masterclass with Domaine de l’A 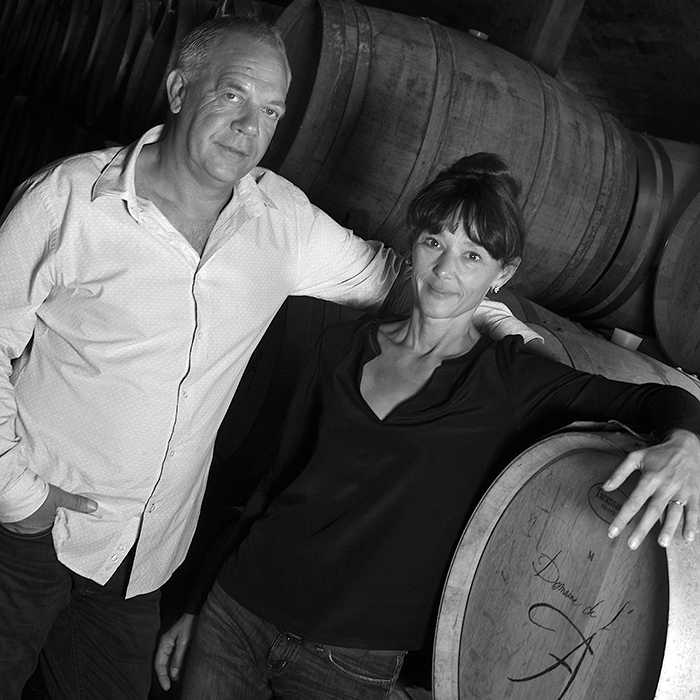 At an intimate tasting with Côtes du Castillon producer Domaine de l’A, we unearth hidden treasures from this often-overlooked region of Bordeaux – one that garners attention for its approachable pricing and continual innovation. Alice Brandon from our Fine Wine team reports

Within the rich history of Bordeaux, the Côtes de Castillon has often been forgotten by critics, merchants, and drinkers alike. This is an area, in the proximity of St Emilion, open to innovation, investment, and emerging talent – a classification therefore worthy of our attention. Some such innovation, talent, and critical accreditation comes from winemakers Christine and Stéphane Derenoncourt, proprietors of Domaine de L’A, in the commune of Sainte-Colombe. Stéphane, world-renowned consultant, and his wife purchased 2.5 hectares here in 1999, and today they make wine from a total of 11 hectares – each parcel, the majority of which are located on south-facing tuffeau, possessing its own unique character. Stéphane claims it is these clay and limestone soils that provide the key attraction here; the reason behind the florality and quality in his wines, over and above his own passion and focus. He says “winemaking is like cooking” and, as any chef will know, this is all about the ingredients – natural, and seasonal at that. Domaine de L’A is organic, indeed, the Côtes de Castillon has the highest concentration of growers that are organic, bio-dynamic or self-sustaining of any region.

These “declassified” wines of the Côtes de Castillon often have a problem – the difficulty of  tempting Claret lovers away from traditional Claret. And, why should they? One might wonder. The reality is that the Côtes de Castillon provides us with a different offering altogether; that of freedom for innovation and adaptation. Derencourt has allowed his love and admiration for Pinot Noir and Cabernet Franc of the Loire to influence his wines. Since the 2009 vintage, for example, no Cabernet Sauvignon is included in the blend whatsoever. He prides himself on his wines’ purity and freshness. 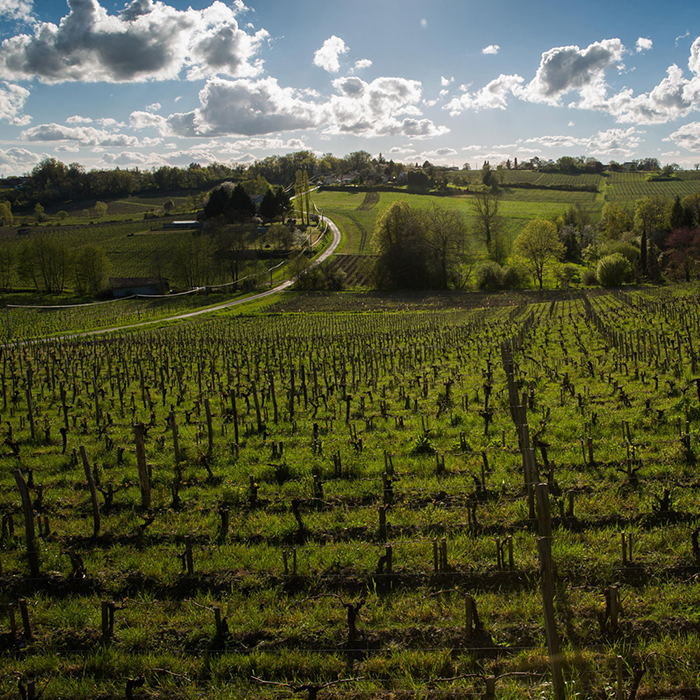 Derenoncourt, rather unusually, makes his wines without crushing them. This allows the wines to be at the perfect ripeness for natural fermentation, endowing them with a sweet, fruited core, no angles, and no bitterness. Often described as ethereal, some also say these wines possess a distinctly Burgundian personality. The average age of the vines is 55 years and the yields are generally tiny (28hl/ha). We tasted seven vintages, from their very first to the most current:

1999 – Domaine de L’A’s maiden vintage. Difficult to source now so it is an absolute treat to try it. Underbrush, incense and a touch of oak. Despite its years, fresh, with the black fruits fighting their way into the background. When this was made, Domaine de L’A consisted of just 2 hectares. New barrels were used here but, here on in, older oak barrels are deployed. This also has the largest ratio of Cabernet Sauvignon, at 15 percent.

2005 – Domaine de L’A was now at six hectares – it had tripled in size. We also have considerably more Cabernet Franc here. The acquisition in vineyards was largely on limestone, Cabernet Franc’s home ground. Elegant and round. Fresh and lifted. Blackberries and blackcurrants, with lavender and rosemary in the forefront. Silky.

2009 – Domaine de L’A was now nine hectares with just 5 percent Cabernet Sauvignon. A combination of sweet red fruit and blackberries. Some eucalyptus. Pure and silky, not without opulence.

2010 – Now totalling 10 hectares but, as per Stephane Derenoncourt’s vision, with no Cabernet Sauvignon. Light on its feet, a thinker. More eucalyptus and sweet fruit, plums and Asian spices. Subtle, a grower. Again, smooth, silky and well-knit. An absolute joy.

2011 – Blackcurrant and blackberries with incense singing through. A surprisingly savoury finish. Stunning effort for the uneven vintage.

2012 – Instant hit of sweet red and black cherry, blackberries. Buckets of ripe fruit. On the palate, a more savoury undertone cuts through while retaining the melodic higher note. Drink over the next few years. 80 percent Merlot, 20 percent Cabernet Franc

2014 – Excellent purity of fruit, direct, and persistent. Blackberry and dark plum, with a touch of red fruit lingering through, perhaps a red cherry. Ripe, intense and direct. Firm tannins, one to put down for the mid-term. A smattering of black tea and liquorice.

Here we not only see the vintage variation, and how the wines mature, but rather uniquely, the honing of Domaine de L’A’s trademark style.

For the latest vintage, and other Côtes de Castillon wines, check out our range here.