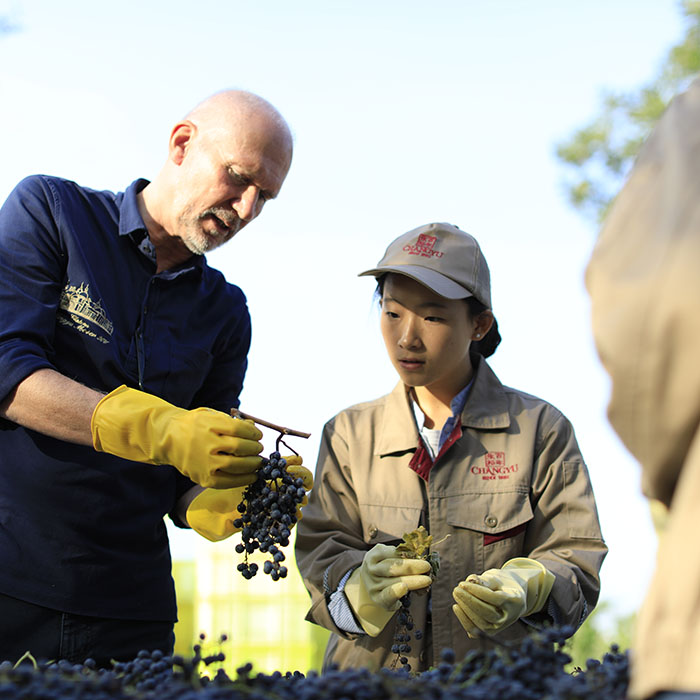 With Chinese New Year fast approaching and celebrations for Year of the Dog imminent, we turn our heads to look at all things Chinese wine, and, as Britain’s oldest wine merchant, speak to Lenz Moser, winemaker at China’s oldest winery – someone who believes China will be the future main driver of global wine production.

In 2018, Chinese wine continues to gently entice and beguile wine lovers on a number of levels – from the distinct styles, grapes, provinces and winemakers who make them, the mystery that surrounds this area of the wine growing world continues to slowly unravel. Under the glamorous wine blanket that cloaks Spain and until recently, France and Italy, it may be surprising to note that China’s area under vine is now the second largest in the world. The country’s own shop shelves and restaurant cellars host leading brands like Great Wall, Dynasty and Changyu, often seamlessly served alongside the likes of Ch. Pétrus and Domaine de la Romanée Conti, and, as the number of vines planted and investment in the Chinese wine industry burgeons, their offerings are increasingly penetrating across the rest of the world.

Most winemaking regions in China are located North of the Yangtze River. Some of the very best examples of Chinese wine come from the inland region of Ningxia, likened by some to the Uco Valley in Argentina, for its dry desert-like climate and high altitude. The Helan Mountains in the west protect the vines from harsh desert winds, though the height at which the wine here is grown means that in the winter, when temperatures drop to as low as -20˚C, vines are buried beneath the soil to keep them warm. Star wineries in the Ningxia region include Silver Heights, whose winemaker Emma Gao has been much revered in the press. Original ‘demonstration’ winery Helan Quingxue, LVMH’s Domaine Chandon, and Legacy Peak are others also making headlines.

China has been growing grapes since 128BC, but it wasn’t until 1986 that the first international grapes were planted. Most of these are classic Bordeaux varieties but some wineries like Kanaaan (also in Ningxia) are producing Riesling, and the flourishing thirst for sparkling wine in China (hence Domaine Chandon’s interest) means that Pinot Noir and Chardonnay are also growing in planting popularity. Cabernet Gernischt, found in many of the blends, is the local name given to what we would recognise elsewhere as Carmenère.

In 2011 a Chinese Cabernet blend from the Helan Qingxue winery won Decanter Magazine’s International Trophy for best Red Bordeaux Varietal over £10. In 2013, Berry Bros. & Rudd were the first major UK retailer to take on a permanent listing of Chinese wines – a range from Château Changyu Moser XV in Ningxia – whose owners, the Changyu Pioneer Wine Company, first founded the company in 1892. Why were they listed? “The usual strict criteria for selection were applied, and the wines were good enough.” For a traditional merchant “it showed that we were prepared to be proactive and creative in our wine selections” says Mark Pardoe MW, Berry Bros. & Rudd Wine Buying Director for the UK. The range includes a white wine made, unusually, from Cabernet Sauvignon. 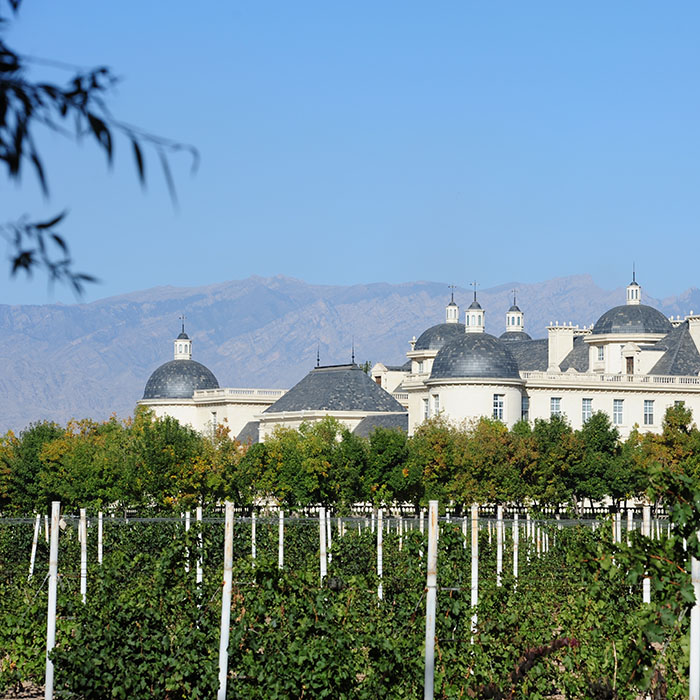 The excitement for Chinese wine is no better echoed by Château Changyu Moser XV’s winemaker Lenz Moser, dubbed one of the country’s best, and whose eponymous Château for the Changyu group was opened in 2011. Moser, who has consulted for Changyu since 2005 started making wine here on a permanent basis in 2015 when he was given free reign by the owners to take on full responsibility of these wines right from the grape through to the end consumer. “China is the future” he says, it is “the single biggest market in the world, and the most dynamic environment I can think of.” He comments on the great potential as a wine making nation in the future, and his own role in guiding his particular Château to be China’s number one. Changyu has other wineries in the country, but this one in Ningxia is unique. We have “3,000 hours of sunshine, 1,110m of elevation – leading to warm days and cool nights” and a water supply coming from the Yellow River, notes Lenz. Add to that his own Austrian pedigree of expertise and the result is wine of top, international quality. Moser cites the region as close-knit, where an open minded climate exists between officials and other wineries, and where the door is open from them to learn from each other. Here, “there is a global spirit for promoting the wines of Ningxia.” He finishes by saying how he expects us to hear “a lot more” about this region in the near future. Perhaps, with the foundations that have already been laid here, and the new Year of the Dog symbolising luck, this might be the year for Chinese wine to really show us its shine.

A selection of Berry Bros. & Rudd’s Chinese wines will be on taste in the Enomatic machines at our London shop, 63 Pall Mall, throughout Chinese New Year, where you can also find 10% off Chinese Wine until Wednesday 28th February (in-store only). Happy New Year!