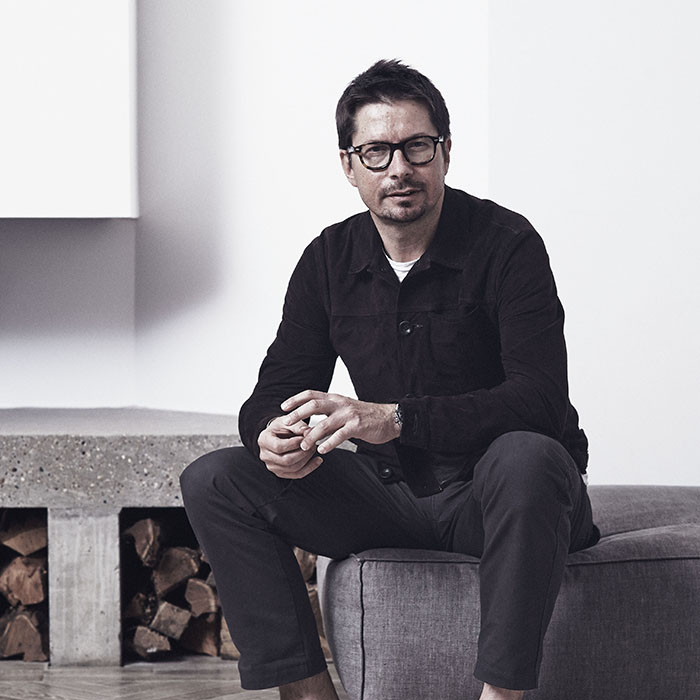 We meet self-taught menswear designer and our newest neighbour Oliver Spencer as he opens the flagship store of his Favourbrook brand. Here he shares his thoughts on retail, style, and the enduring appeal of Pall Mall

Pall Mall is one of London’s most famous streets, known the world over for its private members’ clubs and proximity to the royal palaces. In fact, so closely is it associated with a particular way of living that, in 1899, when the Black Butler Company was looking for the perfect name for its new premium brand of cigarettes, it chose “Pall Mall”, and the slogan, “Wherever Particular People Congregate”.

I’m at number 16 Pall Mall, about 20 doors down from Berry Bros. & Rudd, on a Monday morning, early, to meet just such a particular person – menswear designer, and the street’s newest tenant, Oliver Spencer. Meeting at 8am was his idea and, while I’m still trying to shake the cobwebs out of my ears, Oli (as he likes to be called) is firing on all cylinders – talking quickly and in great detail about the new flagship store of his Favourbrook label and what compelled him to open here. It turns out that it was a matter of pure happenstance, “I was on holiday and bumped into an old Jermyn Street friend who said there was a great space going on Pall Mall.”

“Great” seems a bit of an understatement, for 16 to 17 Pall Mall, a double-fronted Lutyens-designed building opposite the Reform Club, seems tailor-made for its new occupants. The dust sheets are barely off the Chesterfields but already the place – former home of the charmingly idiosyncratic yacht brokers Burgess Ltd – feels as if its whitewashed walls have always been festooned with colourful silk waistcoats and bowties.

While it is arguably Spencer’s eponymous second brand that has made his name, he still holds a deep affection for Favourbrook, the label he started after buying seconds rolls of ecclesiastical fabric from the famous weavers Stephen Walters. Back then, he’d sell his brightly coloured wares from a stall on Portobello Road, a world away from his new glassy Pall Mall boutique. After two decades round the corner, in a small Piccadilly Arcade concession, he insists the brand has finally found its spiritual home – “It’s the perfect fit, Pall Mall’s a lifestyle street; you’ve got the wine, the art and the clubs – three pursuits which require good tailoring.” 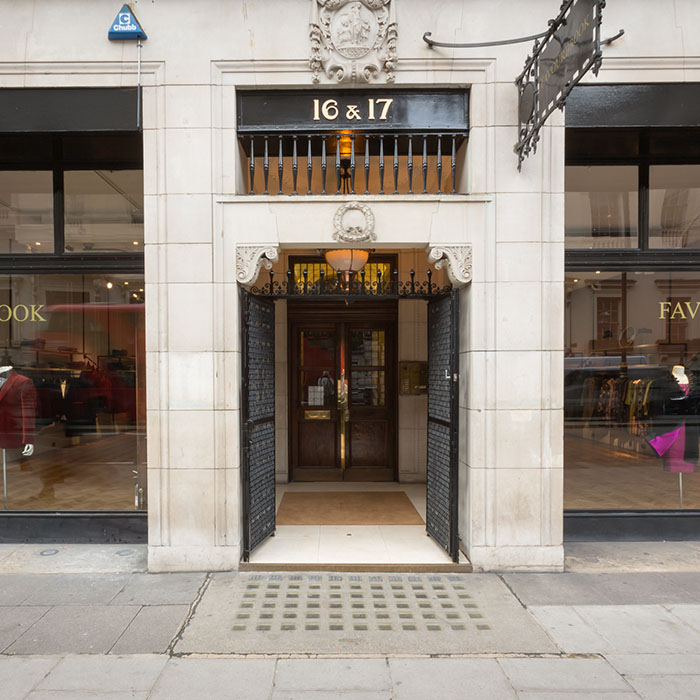 It’s the street’s perceived leisureliness – which might deter some retailers – that Spencer insists is its greatest asset; “It’s what makes Pall Mall so great, it’s grand and cinematic but it’s also laid-back and genteel.” This is a quality he feels is being robbed from places like Jermyn Street, which is simply becoming another place to stop off at on your way to somewhere else – “Pall Mall is that destination. Believe me, in 20 years’ time, Jermyn Street is going to look like every other high street in the world.”

Though some might consider this statement sacrilege, you’d be foolish to doubt Oliver Spencer for, besides being a talented designer, he is also a shopkeeper and shrewd reader of the market. He was one of the first retailers to open a store on Lamb’s Conduit Street – a sleepy Holborn thoroughfare now acknowledged as one of the foremost destinations for menswear shopping in the world. Does he think something similar could happen to Pall Mall? “It would be interesting, but really I hope this street stays mixed-use, that you have art galleries, clubs and niche retailers, like Farlows and 63 Pall Mall. These are specialist stores that people travel to visit.”

A postcode isn’t the only thing Berry Bros. & Rudd and Favourbrook share. Like the former, the latter started out as a small business and, although they differ slightly in age, both companies, in their own respective ways, embody aspects of their hometown – Favourbrook, and Oliver Spencer, the urbane, style-conscious London, and Berry Bros. & Rudd the luxurious, internationalist side of the city. The hope is that they will continue to introduce people to the worlds of good style and good wine, as they initiate a new chapter for this most London of streets.