The pure pleasure of Beaujolais 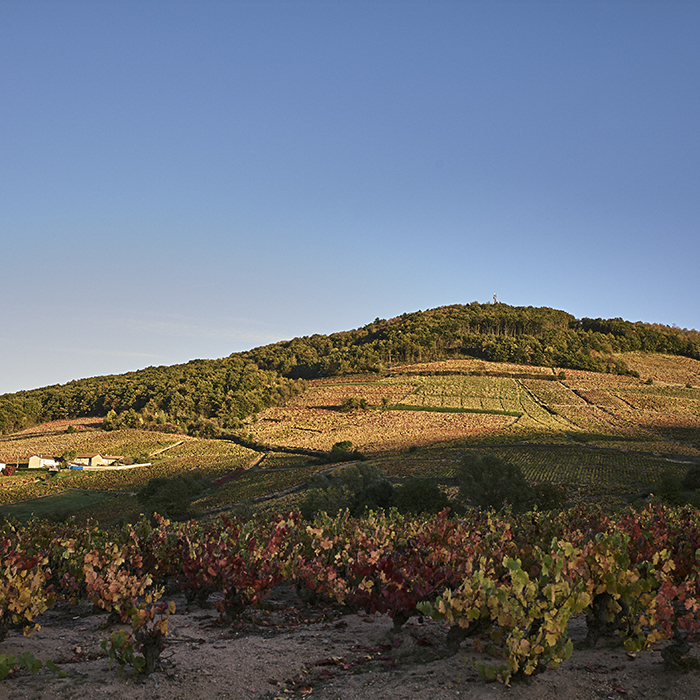 For our Buyer Will Heslop, there are few regions that offer as much enjoyment, interest and affordability as Beaujolais; here, he explains why

In a recent blog piece, my learned colleague Simon Field MW wrote that Pinot d’Aunis is “far more interesting than Gamay”. Not only is Simon a Master of Wine and a brilliant writer, he is also an inveterate provocateur, who knows full well Gamay is among the most interesting grape varieties on the planet. In Simon’s defence, he was referring to the Gamays of the Loire rather than Beaujolais, where the grape reaches its apotheosis. In Beaujolais, Gamay results in wines so varied in style, so engaging, so versatile and so darn drinkable; my approach to them resembles Lily Bollinger’s to Champagne (“I drink Champagne when I’m happy and when I’m sad. Sometimes I drink it when I’m alone. When I have company I consider it obligatory. I trifle with it if I’m not hungry and drink it when I am. Otherwise, I never touch it – unless I’m thirsty.”)

Like Mme Bollinger, I adore Champagne, but – since my family doesn’t own a Champagne house – it’s an occasional treat, rather than a staple. Beaujolais, on the other hand, is one of few wine regions where the terms “everyday-drinking” and “fine wine” aren’t mutually exclusive. But you’ve no doubt read this before: the underappreciation of Beaujolais is now a well-worn topic for wine journalists, who invariably highlight the abundance of old vines and talented young winemakers, as well as the reputational damage inflicted by Beaujolais Nouveau. Naturally, they also identify the region’s myriad terroirs – from the schist of the Côte du Py and clay of Javernières (at the foot of the slope) to the Côte de Brouilly’s pink and blue granite – as the single most important factor behind the quality of its wines.

In a broader, more abstract sense too, I find the landscape of Beaujolais reflected in its wines: the place is bucolic but punctuated, suddenly, by dramatic vistas, such as from above the cloud line near Julien Sunier’s winery in Avénas. While Beaujolais Villages is the most bucolic of wines – a peerless but undemanding accompaniment to picnic lunches – the best Cru Beaujolais is positively striking, all the more so with time in bottle. For this reason, and in recognition of another stellar vintage in 2016, we’re including a number of wines from Beaujolais in our Burgundy en primeur offer. This is an exciting first for Berry Bros. & Rudd and, we hope, for our customers. Below is a brief overview of the 2016 vintage, followed by notes on a small selection of the fabulous wines which feature in the offer. 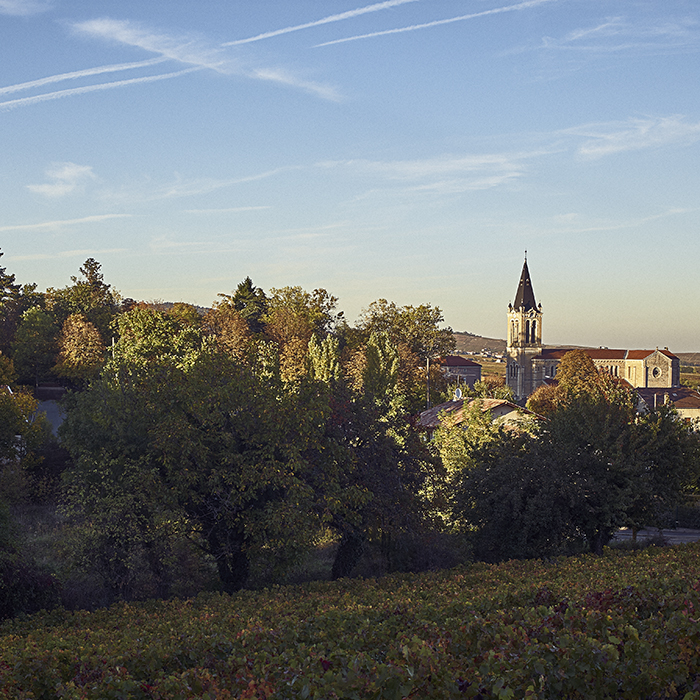 Classic, fresh and digeste were the words most commonly used by winemakers describing their ‘16s. It’s yet another excellent vintage throughout Beaujolais, albeit a counterpoint to ‘15 in terms of style: ‘16s tend to be less voluptuous and perhaps less concentrated, but fresher, with lower alcohol.

Nonetheless, ‘16 was a gruelling vintage in the vineyard. A cold, wet spring caused severe mildew, before a pair of hailstorms damaged parcels in Chiroubles, Morgon and Fleurie (May); then Régnié, Moulin-à-Vent and Beaujolais Villages (June).

Despite these challenges, most growers reported a normal crop quantitatively of exceptionally healthy fruit, thanks to a run of warm, sunny weather from early July. As a rule, harvest took place two to three weeks later than in ‘15, with action peaking in the week beginning September 19th.

Three of the best

2016 Régnié, Domaine Julien Sunier: The fresh, crunchy style of the ’16 vintage suits Julien’s wines down to the ground. For his Régnié, the ground in question is a steep, south-facing slope of pink granite, at an altitude of 280 to 400 metres. As with the majority of Julien’s five-hectare domaine, the vines here are 60 years old. Terroir and Julien’s delicate touch (carbonic maceration, no SO2 or new oak) account for this wine’s exceptionally intense bouquet of strawberries, stone fruit and flowers. It is more angular on the palate than the equally superb Fleurie, but both demand to be drunk lightly chilled and relatively young. Drink 2017-2020. (£144 for 12 x 75cl bottles in bond)

2016 Côte de Brouilly, Les Griottes de Brulhié, Château Thivin: Exceptionally steep slopes of granite and schist endow the best wines of the Côte de Brouilly with a complexity and minerality rarely found in those of the flatter vineyards of Brouilly, a separate Cru, which loops around the first. Les Griottes is a single parcel of vines, mid-slope (where cherries once grew, hence the name), whose southerly aspect results in a rich, ripe cuvée, with black fruit aromas to the fore, as well as a subtle but distinctive hint of caramel. The ’16 is fresher and more linear than warmer vintages, but no less seductive. The grapes were partially de-stemmed, and the wine aged in huge oak casks, some of which have seen a century of vintages. The winemaker at Château Thivin is talented 30-something Claude-Edouard Geoffray, whose family purchased the domaine in 1877. Drink 2018-2023. (£162.48 for 12 x 75cl bottles in bond)

2016 Morgon, Javernières, Domaine Louis Claude Desvignes: Javernières hails from the eponymous lieu-dit, at the foot of the Côte du Py in Morgon. Here, schist gives way to soils of deep clay, resulting in rich, concentrated wines, which pinote (become Pinot-like) as they age. Eighth-generation vigneron Louis-Benoît Desvignes attributes this cuvée’s depth of colour to its long, slow vinification – with no punching down, but a grille to keep the macerating fruit submerged – in open concrete vats. The 2016 is exceptionally ripe and open, with red fruit aromas to the fore and subtle savoury notes just behind. It boasts supple tannins but lively acidity, and a long, saline finish. Drink 2019-2025. (£150 for 12 x 75cl bottles in bond)

One Response to “The pure pleasure of Beaujolais”