How California got cool 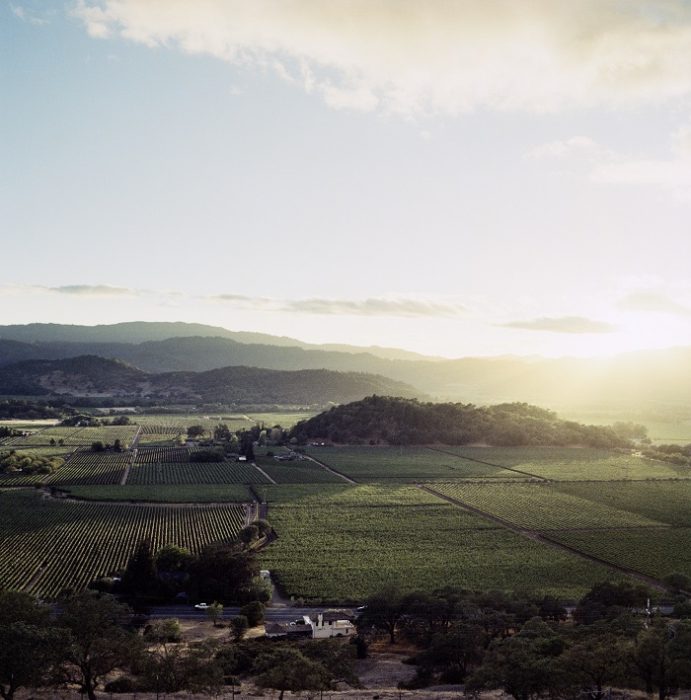 There’s something going on out west: California is leaving behind its super-charged turbo-strength reputation, with a new generation striving for poise in their wines. Here, Sophie Thorpe traces the state’s exciting evolution

California is unbelievably hip right now. As long as it’s the right California – the New California. In circles of natural-wine nuts, off-beat sommeliers and cult-name creators, there is a small collection of Californian wine producers who represent the modern face of wine. For the wine-lovers who only drink Claret behind closed doors, whose Instagram accounts blend Roulot, Rousseau and Rayas with pét-nat and Overnoy, California has become cool.

And it’s about time. While the vine arrived in California the 18th century, along with Franciscan missionaries, the industry’s progress was soon stopped by Prohibition. Those who had, until 1920, made a living from their vineyards faced bankruptcy, with most switching the vine for a more fruitful crop. Only a few select producers survived, by producing sacramental and medicinal wines, or shipping grapes or concentrate to consumers for home winemaking – the only legal way for alcohol to be consumed. Remarkably, there was a sudden interest in Communion, and it is thanks to such entrepreneurial efforts that – especially in the unfashionable Central Valley – there are still sparse plots of vines that pre-date the Temperance movement.

Although officially made legal again in 1933, it took time for wine to weave its way back into America’s cultural tapestry. Sweet and fortified wines, made in European styles, became fashionable, while the Great Depression drove consumers to stronger, and cheaper, drinks. It wasn’t until Robert Mondavi left his family winery (Charles Krug), to open his own, in 1966, that the Golden State’s wine industry started to take a more familiar shape. Of Italian heritage, raised in Lodi and reared in a winemaking family, Mondavi had visited Bordeaux, and it was this – a more restrained, classical style of Cabernet – that he sought to create.

Soon California had its first qualitative pioneers: Stag’s Leap, Château Montelena, Ridge Vineyards, Clos du Val and Chalone featured alongside Mondavi. At the same time, UC Davis was at the forefront of research in viticulture and vinification, providing a breeding ground for winemaking talent – a new generation who understood the importance of work in the vineyard, despite knowing the manipulative power of the winery. With the pivotal 1976 Judgement of Paris, California was now playing at the grown-ups’ table. 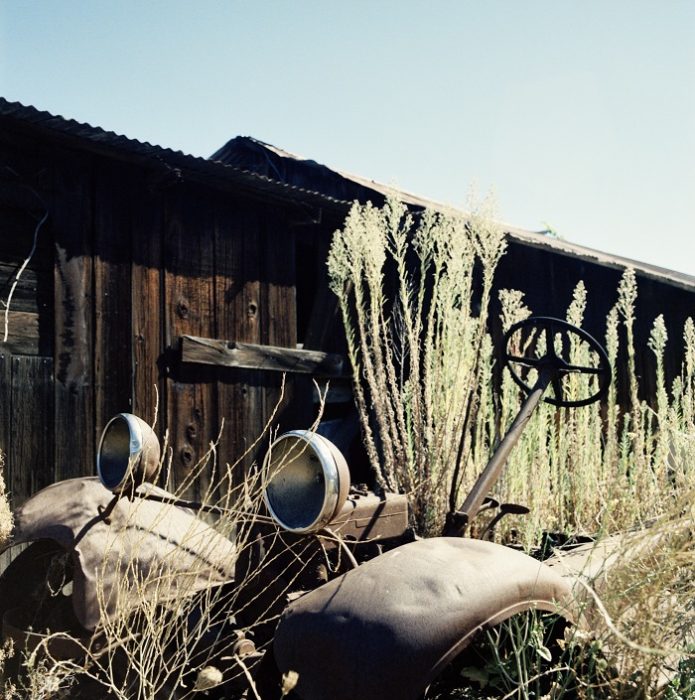 But Spurrier’s tasting wasn’t a home run. With the 1980s, the need for an appellation system was acknowledged and so the American Viticultural Area (AVA) was born. But, while intended to echo Europe’s appellations, all too often AVAs were drawn along political, not terroir-driven, lines – neat and tidy divisions that represented little of what went on underground.

The state suffered with the rise of ripeness, micro-oxygenation, over-extraction and higher alcohol levels – the rise, in short, of Robert Parker Jr. All too many producers tailored their winemaking to please the critic’s pointed palate. Meanwhile, at the other end of the spectrum, Gallo forged a reputation for sickly-sweet, supermarket plonk: the blush Zinfandel boom. The UC Davis know-how had, in some cases, become a curse, enabling a whole generation to acidify, de-acidify, add and remove alcohol, adjust their fruit’s flavour with cultured yeasts – recipe winemaking that created a characterless product.

California seemed lost. But California is the golden girl in the land of opportunity, and a new generation was seizing the reins. Enter those In Pursuit of Balance, the Seven Percenters – a new, worldly set of winemakers seeking sustainability, turning its back on the state’s overblown reputation.

Rajat Parr, super-somm-turned-winemaker (Sandhi and Domaine de la Côte), and Jasmine Hirsch, of Hirsch Vineyards, created In Pursuit of Balance in 2011. While 2004’s hit film Sideways had swayed consumers towards the state’s Pinot Noir (and put the nail in Merlot’s coffin), the styles being made were big. Giant, in fact: monolithic Pinot that bore little resemblance to the fine, elegant – almost nervy – grape we know from the Côte d’Or. IPOB was about reclaiming Pinot Noir and Chardonnay’s poise, proving that California could be subtle. The 36 member wineries (including Au Bon Climat) were committed to using Burgundy’s grapes as “profound vehicles for the expression of terroir”. For many of the wineries, the concept wasn’t new – having it championed by the broader industry was.

But as Pinot became fashionable, so other grapes fell from favour. Old plots of unsavoury grapes, lacking the star-factor, were grubbed up by producers jumping on the Oscar-bedazzled bandwagon. In a bid to prevent further euthanasia, a small group – including Jancis Robinson, David Gates of Ridge Vineyards and top viticulturalist Tegan Passalacqua – established the Historic Vine Society, a non-profit organisation designed to save California’s old vines. Founded in 2010, it has a growing register of plots planted before 1960; today there are 229 vineyards recorded, dating back as far as the 1870s, including Ridge’s Monte Bello and Birichino’s Bechtold site.

Meanwhile, another group of winemakers had started hunting down these forgotten sites, searching for grapes that didn’t fit California’s standard matrix. Dubbed the “Seven Percenters”, these were the winemakers cursing Cab and seeking a new identity for California, while reclaiming the remarkable variety that immigrants had brought with them over the years. Trousseau Gris, Gamay, Refosco, Ribolla Gialla, Malvasia, Chenin Blanc, Barbera, Muscat Canelli: old or new, they worked with any grape besides the eight that made up 93 percent of California’s vineyard area (Cabernet, Chardonnay, Pinot Noir, Syrah, Merlot, Sauvignon Blanc, Zinfandel and Petite Sirah). 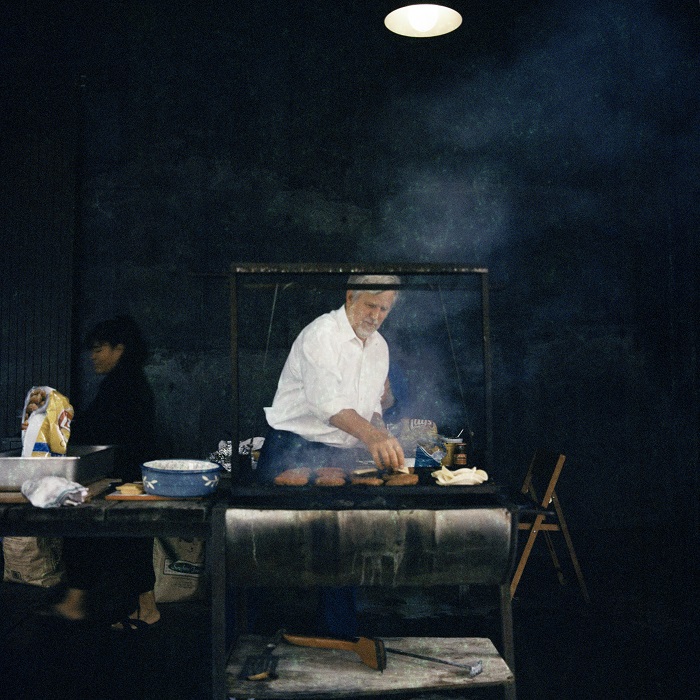 John Williams, of Frog’s Leap, at home behind the barbecue. Photograph: Jason Lowe

This rediscovery of a viticultural heritage – from funky grapes, to old vines and elegance – is not unique. It’s the same thrilling trend that has transformed South Africa into one of the most exciting wine-producing nations around. It’s the upside of globalisation: a new generation which has been able to drink Europe’s best bottles and train with the world’s best vignerons. Returning home with knowledge of the wine world that was, they’re creating the wine world that will be, unconstrained by strict AOCs. While they may have been inspired by the wines of France, Italy and Spain, they aren’t churning out pale imitations of Chassagne, Barolo and Rioja.

The resulting wines are – in many cases – Old World inspired, elegant and restrained, but with a distinct New World ripeness. They are – most importantly – drinkable, gluggably delicious, enchantingly moreish, while not losing an ounce of complexity. Perhaps it’s an all-American charm, but while these are serious wines, there is an accessibility to them – a determined down-to-earthness that swipes away the pretension that scars so much of the wine world.

And what’s behind it, what’s their philosophy? For me it comes down to respect: for the soil, for the vine, for the region’s history. It translates into attention in the vineyards and a light touch in the winery, a naturalistic (not natural) approach, with the ultimate aim of expressing a particular grape from a particular site in a particular vintage. It’s a celebration of the diversity one region can offer; a reaction against homogeneity.

The whole trend was captured by Jon Bonné in The New California Wine, published in 2013. Did he push the movement further, uniting producers to create a cause? Or did he perfectly ride the crest of the movement’s wave, publishing at just the right moment to capture consumers’ imaginations? That depends on who you talk to. No matter which you believe, he certainly raised California’s profile. Suddenly the state had a middle-market offering – something that slotted somewhere between the uber-collectible Screaming Eagles and Two-Buck Chuck.

There are some who will question whether this is really new. Producers such as Ridge Vineyards, Frog’s Leap and Au Bon Climat have been quietly producing restrained, fresh styles of wine for decades, even when it wasn’t good for sales. While they may have been the original pioneers, it’s encouraging to see others join their ranks.

Today, IPOB has been disbanded, the crusade over, with Parr and Hirsch feeling the debate is well underway. California may still be known for certain styles, but finding 15-percent Pinot and over-oaked Chardonnay is increasingly rare. Site-specific wines, old-vine cuvées and unusual grapes are becoming the norm – but most importantly, in all the best examples, old or new, there is a coolness. It is this refreshing elegance that has cut through the market, guaranteeing them spots on the world’s best wine lists, including ours.

2014 Birichino Malvasia Bianca, Monterey (£19.95): Birichino (biri-kino) was founded by a mischievous duo of Bonny Doon alumni. They work with a range of intriguing sites around the state, creating, in winemaker John Locke’s words, “drinking wines”. Their Malvasia is hauntingly aromatic, layered with candied fruit and flowers with an illusion of sweetness, while the palate is stunningly dry. Thrilling, lean and mineral, it’s enchanting.

2016 Frog’s Leap Rutherford Sauvignon Blanc, Napa Valley (£26.00): Frog’s Leap has been producing utterly delicious wines since 1981. Founder John Williams is an old-school California winemaker who knows how important work in the vineyard is to their end-product. Determinedly organic and dry-farmed, they may be based in Napa – but they produce anything but jammy, over-sized, over-oaked wines. This Sauvignon Blanc is a case in point: zesty and fresh, it’s layered with grass, citrus and mineral notes that linger on the palate. A refreshing change from Kiwi exoticism.

2013 Ramey Chardonnay, Sonoma Coast (£44.00): “Forty-four pounds,” I hear you cry, “the price of good Burgundy?!” Yes, Ramey doesn’t do cheap. But their wines are worth every penny. This, their entry-level Chardonnay, comes from cooler Sonoma, offering a leaner style in comparison to their other cuvées. Bright acidity is balanced by a generous intensity of apple, pear and citrus fruit. With a flinty edge, this is perfectly poised between New World richness and Old World elegance.

2013 Uvaggio Antichi Viti Grenache, Santa Clara Valley (£18.95): Uvaggio produces some of the best-value Californian wines around. It was founded by Jim Moore (ex Mondavi) and Mel Knox (California’s best-known barrel broker) in 1997, with the idea of championing Mediterranean varietals grown in the sun-drenched climate. They produce food-friendly, fruit-driven styles of Vermentino, Barbera, Primitivo, Moscato and Grenache. The fruit for this comes from the Besson vineyard, a gnarly 100-year-old plot in the Santa Clara Valley, with a splash (5 percent) of Cinsault from Bechtold vineyard in Lodi (both of which are used by Birichino for their wines). The resulting liquid is dense with juicy fruit – Morello cherry and strawberry, perfumed and moreish with a subtle hint of sweet-spice.

2013 Au Bon Climat Sandford & Benedict Pinot Noir, Santa Ynez Valley (£47.95): ABC, as it is known, needs little introduction: Jim Clendenen, the “wild boy” of Californian wine, is the stuff of legend. He’s been knocking it out of the park with restrained styles of Pinot Noir and Chardonnay since 1982. Sanford & Benedict is one of Santa Barbara’s best and most famous vineyards; unsurprisingly, Jim’s wine is a serene, smoky, savoury, red-and-black-berried beauty of a wine. Enjoy its evolution over the next few years.

2013 Ridge Monte Bello, Santa Cruz Mountains (£115.00): The granddaddy of the “new” California. From an extraordinary vineyard, perched 2,400 feet above Silicon Valley – where the sun is bright and the breezes cool – Monte Bello is Ridge’s flagship wine. A complex Cabernet blend that is effortlessly powerful, richly concentrated and eminently age-worthy (the ’92 in half still has years ahead of it), it also has a juicy drinkability – a line of acidity that makes it almost approachable now. Don’t be tempted: tuck this away for 20 years.

Browse a selection of the New California wines here.

4 Responses to “How California got cool”