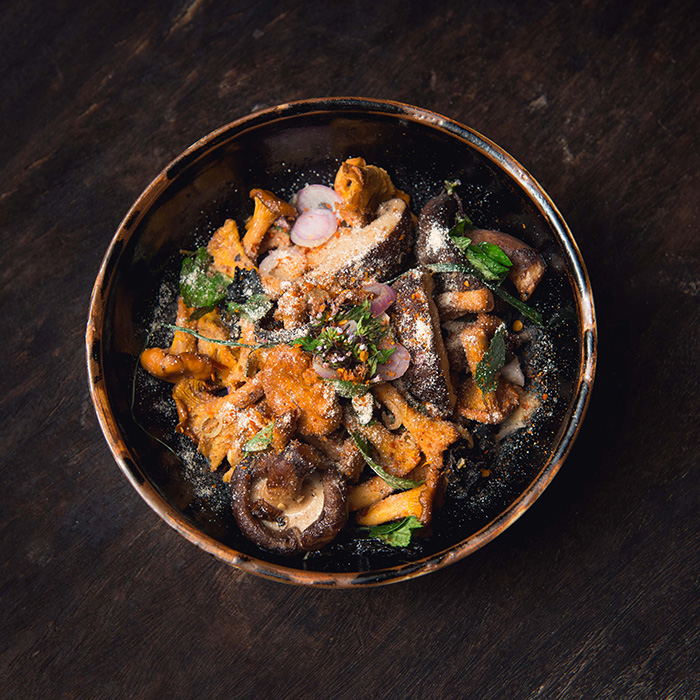 Inspired by a trip to Kiln Soho, food writer Victoria Stewart writes about finding the perfect sense of poise, the balance not just within a dish or a wine, but between the two

A good wine and food pairing is a subjective thing, thus tricky to get right. For when you take into consideration all the elements that need to come together to make it work, to have that gentle, perfect tugging between the two things, there is much room for error. This is why I don’t often pay any attention to them.

Then, every so often, a match comes along that just works, and you feel you must prod it a little to understand how it all came together. This time it happened sitting at the bar of a new Thai-inspired restaurant called Kiln Soho, on which more later.

When chef Marcus Wareing talks regularly on MasterChef about a “well-balanced dish” he means that all the pieces which make up a plate of food – whether it’s salted caramel, hazelnuts and chocolate, or pork and sesame, pak choi, soy and ginger – are giving each other just enough air time to make him sit up and notice them. None is shouting too loudly, or disappearing quietly under a sea of something bigger, so that the overall effect is not one that leaves him craving more of the salty thing, or the sweet thing, but one of understanding and equilibrium.

Trying Kiln’s mesmerising dishes of turmeric hot smoked sausages, “Laos style Pouting, chilli and roasted rice laap”, “wild ginger and short rib curry from Burma”, and a clay pot of baked glass noodles, I experienced an intriguing and continuous interplay of contrasts: sweet and savoury, heat and zing, crunch and slither, and so on. Of course this symmetry is rooted in many other cuisines around the world, but it is not always delivered with such lightness.

Much of this I suspect, is down to co-owner Ben Chapman who, while head of the kitchen at Kiln, doesn’t consider himself a chef, having never trained as one, which means he continually sees things with fresh eyes. He says that everything is cooked from raw to order, dishes change daily, allowing for little repetition – and therefore boredom – and in front of him sit fish sauces (and pla ra – fermented fish sauce), sugars, sea salt, herbs and aromats, so that he can always taste everything before it goes out, checking it is balanced. For him balance isn’t always about seasoning, though, and “sometimes I might add an aromat to balance a dish instead of citrus, as you’d expect… Thais talk [a lot] about seasoning being distinct from flavour, and aroma being distinct from flavour, and cooking to achieve the two things in separate ways.”

Similarly, when someone talks about a balanced glass of wine, they are considering whether the various characteristics of the wine work together to show each other off. As with a dish, there may be many flavours here – It could be fruitier ones like melon and apricot or raspberry and plum, to spicy or savoury ones such as pepper and leather – but really you never want one of them to scream so loudly that it drowns out the shier notes. And of course there are other things at play that can improve or offset the balance, such as the amount of acidity, alcohol, oakiness (or lack of it), fruit ripeness, tannins and age.

At Kiln, a wine list has been chosen by Zeren Wilson to “go up against” the spicy, citrusy, smoky and earthy flavours in the cooking. It includes tannic orange wines which he describes as “another weapon in wine’s armoury to deflect chilli heat, cumin or big umami flavours”, a mixture of lighter and more muscular reds with “real personality” to “thrust through” the earthier curries, and a range of Riesling which he calls “an acrobat of a grape. [It works] well with Thai food, as it can do dry with eye-widening acidity, really vibrant and dry, or it can also do the slightly fuller succulent fruit.”

Surprisingly, it was a Sekt made by producer Peter Lauer in Ayl, Germany, that carried us through dinner. A sparkling Riesling – made in the Champagne method, so the secondary fermentation is done in bottle – it was versatile, dry, but with just enough fruit to talk up to a variety of thrillingly good dishes that themselves threw up new suggestions of texture, heat, sweetness and richness. This was a successful marriage in which the individual characteristics of the food continually brought out unexpected whizzes and pops of excitement in the booze, too, and vice versa.

Surely this balance is the ultimate treasure.