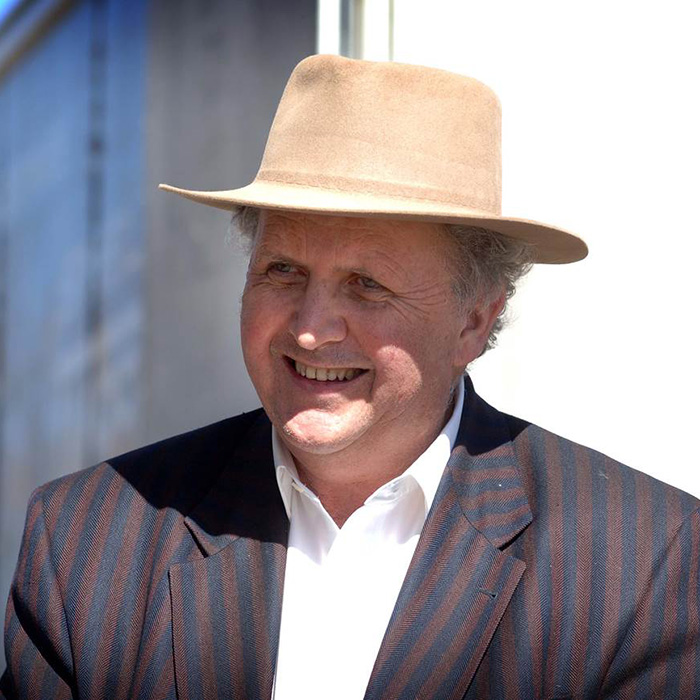 Will Lyons talks wine with Alexander McCall Smith – author of the No.1 Ladies’ Detective Agency series, an old friend and a new client, considering the bond that is formed over bottles.

It was a particularly frustrating experience with a car rental at Rome airport that finally persuaded Alexander McCall Smith to pen his latest novella. That was last spring and now we have My Italian Bulldozer, an immensely enjoyable vinous adventure set in the seductive, rolling valleys of Tuscany. It follows the adventures of food writer Paul Stuart as he finds himself embroiled in the most ludicrous circumstances. Arriving at the airport, with no record of any reservation for his car hire, Paul is left stranded until a stranger offers him an unexpected alternative, a bulldozer.

It’s a wonderfully funny story and, with McCall Smith’s trademark absurd humour and gentle storytelling, it sits alongside Paul Torday’s dark, compelling comedy The Irresistible Inheritance of Wilberforce and Peter Mayle’s The Vintage Caper as delightful reads to enjoy with a glass of something special, sunk in your favourite armchair.

Since travelling to the region in the mid-1970s, Italy – particularly Siena and the wines from the small village of Montalcino – has always played a large part in the Scottish author’s imagination.

“My first connection with Italy was when I studied at the University of Siena,” he says. “It was then I took a bus trip to Montalcino and stayed at a small pensione on the high street. I was so charmed by the place; it was quiet, but really beautiful. Those were the relative early days of the Brunello phenomenon, later came the real flourishing of Brunello.”

Sandy, as he is known to his friends, says he returned regularly over the years and through his academic work (he is emeritus professor of medical law at the University of Edinburgh) he struck up a friendship with an Italian professor who also produced the local wine, Brunello. Last year when he visited Professor Roberto Guerini, he was served a glass of this magical wine.

Sandy and I have enjoyed many bottles together, usually over a light lunch in his Victorian house in Edinburgh where, over the years, I have taken the role, in what Sandy describes, as an “unofficial wine advisor” for his fiction.

Whenever we meet, he portrays himself as a keen amateur, one who knows what he enjoys and – being Scottish – that invariably involves Claret and Italian wine. The Scots have a proud history of drinking the wines of Bordeaux which stretches back more than 600 years. There is also a thriving Italian community in Edinburgh, personified by Valvona & Crolla, Scotland’s oldest Italian delicatessen.

I always relish our vinous encounters as we discuss not just the hedonistic and olfactory pleasures of wine but also its deep, civilising effect.

A bond of bottles

It has often been said that the most common theme in his books is friendship and the importance of friendship. Often, as in his novels set in Edinburgh, this is described over the table where people sit down to break bread and drink wine together. We both share an admiration for Roger Scruton’s thoughtful book on wine I Drink therefore I Am: A Philosopher’s Guide to Wine.

In his Scotland Street series, in which I appear as a wine expert advising the fictitious Bruce on the perils of the wine trade, every book ends with a dinner party in which the wine and food are described in great detail, usually in the flat of the character Angus Lordie.

“Wine is something which involves fellowship, shared interest and conviviality,” says Sandy.

“The social aspect of food and wine; interesting people sitting together at the table in my view is a very important form of human communication and friendship.”

In the case of Angus Lordie this coming together usually inspires the recital of a poem, such as the one below, which ends Sunshine on Scotland Street. It’s worth reciting out loud, maybe with a glass of Brunello di Montalcino in hand.