Imagine a world without Lafite… 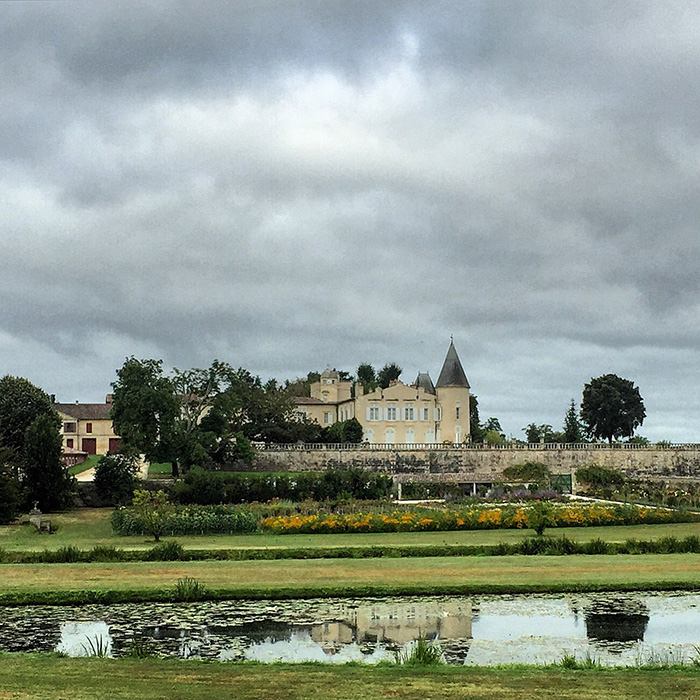 Demetri Walters MW looks back to the days when Bordeaux’s Left Bank, home to some of the world’s finest wines, was no more than a murky swamp and ponders the road not taken: if the Dutch hadn’t drained the Médoc, revealing its now celebrated soils, what would we be selling and drinking today?

It is seemingly taken for granted nowadays that the Médoc has always been the heartland of Bordeaux’s most sought-after wines. In fact it wasn’t always thus. During the English crown’s possession of Bordeaux, it was the Graves that constituted the main body of the English maritime trade in Gascon wine. This changed in the 17th century as canny Dutch merchants sought a way of providing the Claret-thirsty British public with alternative fixes to their favourite Graves and Portuguese wines. In order to feed this need the Dutch had first to find large tracts of land on which to plant vines. It was this market energy that irreversibly changed the Médoc landscape from one of estuarine salt marsh to viable viticultural land. Hitherto much of this swamp land had been used for grazing cattle and sheep.

Aside from the agricultural benefits of land reclamation, swamp-drainage resulted in much-improved transport links. The draining of the marshes also provided immediate health benefits to the region, as malaria was brought to an end. As the denizens of Bordeaux stopped dropping like flies, and the now famous gravels of the region came to light, these warm soils were recognised as the perfect home for the late-ripening grapes already planted in the Graves and beyond. And so it was that many of the châteaux that we revere today came into being during the second half of the 17th century. Where would Bordeaux wine production be today without the draining of the Médoc? Certainly there would be no First Growths, save that of Ch. Haut-Brion in Pessac. Nor would the majority of the Classed Growth’s exist. A chilling thought.

But which dry red and white wines could really have filled the void, had Bordeaux not birthed the Médoc? Which wine regions would have subsequently risen to prominence, and what would we be drinking now instead? Portugal’s close trading bond with England was further strengthened by the Treaty of Methuen in 1703, and its wines taxed at a lower rate in England. This resulted in the ensuing popularity, amongst other Portuguese wines, of Port and Madeira. Now, as you may know, I love Port, Madeira (and pretty much any other fortified wine) above most of life’s pleasures. Well, above most of life’s vinous pleasures. But how much sweet, high octane wine can one imbibe? Plenty, you might argue. Portugal had many answers in this respect but, due to the British public’s delight at the novelty of Port, other lighter Portuguese wines didn’t get such a look-in.

In an age before bottle fermentation and sparkling wines, could England, then significantly cooler than today, have provided a home-grown alternative to the Médoc’s non-existence? Elsewhere, the ubiquity of those much-prized Rhine wines of the 19th and 20th centuries was a far off twinkle in the eyes of Riesling lovers everywhere. Even further afield, the Eastern Mediterranean, which for much of the Middle Ages had dominated Europe’s wine trade, was almost entirely under sober Islamic Ottoman rule, its wines become rustic, its wine exports dried up, and its grapes destined mostly for raisins and sultana production. Internecine warfare between Spain and England put paid to the large-scale trade in Spanish wine, save that of the much-loved Sack (Sherry). In an age before the widespread process of fortifying wines with grape spirit, long sea voyages spelled ruination for wine cargo and disaster for those unfortunates who tried to imbibe the resulting plonk. Many New World wine regions hadn’t even yet been discovered!

The answer to our conundrum is probably right under our noses. Without the Médoc, Bordeaux wine production still existed. With its proximity to England and Holland, its readily accessible port would still have thrived and likely have been supplied from vineyards elsewhere in the region: Bergerac, Cahors and the South West of France. Let us give thanks though, to those daring and commercially-minded Dutchmen who set in motion the birth of the wine we love and take for granted today.

2 Responses to “Imagine a world without Lafite…”