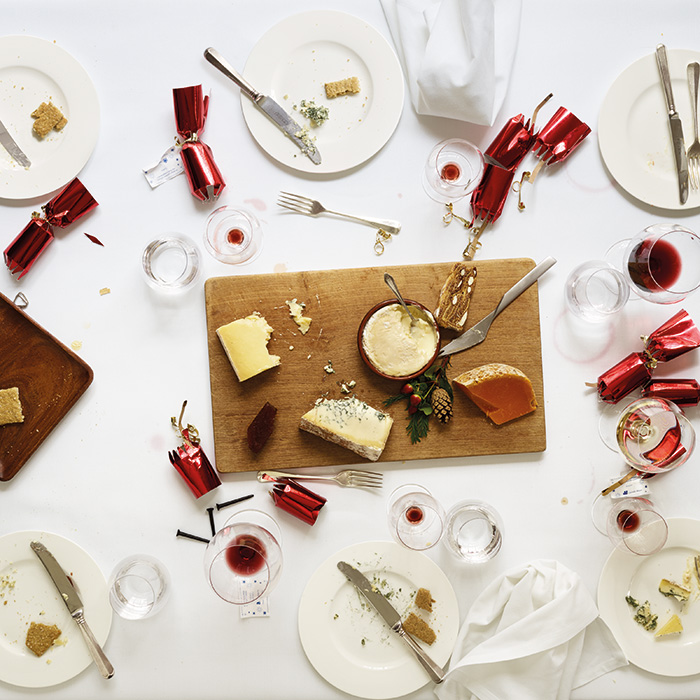 As fridges groan under the weight of Christmas leftovers, and stomachs grumble after the excesses of yesterday, the race to avoid waste begins. Rather comfortingly, even our Head Chef has a recipe for that quintessentially English post-Christmas indulgence: bubble and squeak.

On the table: Bubble and squeak conjures up fond childhood memories for me. It was a Monday night staple in the Turner household, and one of the only things my father was in charge of in the kitchen. Any leftovers from the Sunday roast would go in – even Yorkshire pudding. Most people seem to insist that a true “bubble” is formed into a cake and pan-fried but I disagree. My recipe just involves sautéing potatoes and any leftover vegetables until they are beautifully golden. I find that the sprouts take on an amazing nuttiness. It has now become something of a Boxing Day tradition.

In the glass: Beaujolais, white Rhône, Australian Shiraz will all work alongside Stewart’s Boxing Day feast.

Put the potatoes in a large pan of salted water. Bring to the boil and simmer until tender. Drain the cooked potatoes and leave to dry a little. Heat a large, heavy-based frying pan, add the duck fat and allow it to melt. Once it’s hot, add the potatoes and sauté them, turning regularly until they just start to colour. Then add all the leftovers, sprouts and butter. Season well with salt and freshly ground pepper. Continue to fry until it’s all lovely and golden. Finish with the herbs and serve.

Put the ham in a large stock pot, and cover with cold water. Bring to the boil and then drain. Place back in the pan with the apple juice, vegetables, treacle, spices and orange peel, add enough water to cover and bring to the boil. Skim off any scum, then simmer very gently for about two hours.

Heat the oven to 180?C. Drain the ham from the stock (which can be passed and chilled for later use in soups, sauces and risotto etc ), then carefully cut off the skin, leaving an even layer of fat. Score this in a diamond pattern, and stud the intersections with cloves – if using. Put the ham in a roasting tray.

Bring the glaze ingredients to the boil and simmer to a nice thick syrup. Baste the ham liberally with the syrup and cook for about half an hour, basting every 10 minutes. Remove from the oven and allow to cool. Serve either warm or cold with the bubble and squeak, alongside a dollop of English mustard and some seasonal fruit chutney.