A missive from the bottling line 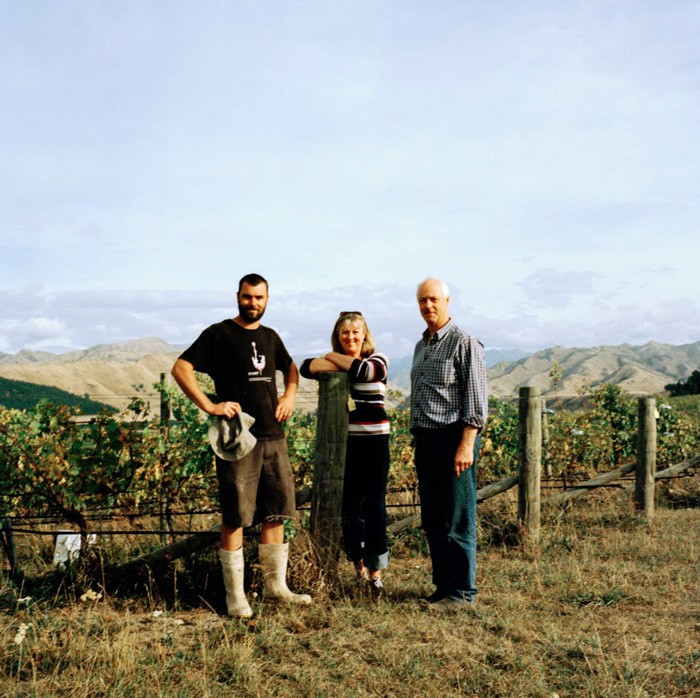 Ben, Mandy and Sam Weaver in the vineyards at Churton. Photograph: Jason Lowe

As our new own-label Marlborough Sauvignon Blanc is released, its maker – Churton’s Sam Weaver – looks back at his days working on the Berry Bros. & Rudd bottling line.

In June of this year I bottled the first vintage of Berry Bros. & Rudd’s own Marlborough Sauvignon Blanc, made by myself at Churton. As the wine was going down the bottling line and the first bottles were filled, I had a rather wistful moment: a flashback to the past.

Thirty-seven years ago, almost to the day, in June 1978 I bottled my very first wine for Berry Bros. & Rudd. I had recently left university and was working in the company’s new cellars and bottling line in Basingstoke; my first full time job in the wine business.

I can’t remember exactly what we bottled that month. It was as likely Good Ordinary Claret or just as easily a Côte-Rôtie or a Savigny-Lès-Beaune. Little did I suspect then that I would be living in New Zealand, running my own vineyard and making wine, let alone bottling a special cuvée for Berry Bros., so many years later.

The work day had a rhythm to it: start work at 8am, tea break at 10am, beer break at 12 noon, lunch at 12.30, tea break at 3pm, beer break at 4pm and home at 5pm. Berry Bros. & Rudd were generous and supplied a keg of beer for the cellar workers to enjoy. As you can imagine, in 1978 the world was a very different place.

The highlight of my week came on a Friday when I would go and negotiate with the manager for my ‘staff’ wine, which I could buy at cost. I would start high up in quality and price on the list and work my way down until he agreed to sell me something. It could be a Meursault or a good Berry Bros. bottled Claret, or that Côte-Rôtie I mentioned!

That job helped open up all the magic and mystery that surrounds wine. That mystery led me on a journey, first through the UK wine trade; then to winemaking in New Zealand in 1989; and on to establishing Churton in 1997.

Churton has been supplying wine to Berry Bros. & Rudd from our very special vineyard for some five years under the Churton label. We are now delighted to be adding a special cuvée of Sauvignon Blanc from the excellent 2015 vintage at Churton for the Own Selection label.

My winemaking life is into its second rotation with Berry Bros. & Rudd, albeit with fewer beer breaks: but, as we say in this part of the world, it takes a great deal of beer to make a good wine.