On the simple art of decanting 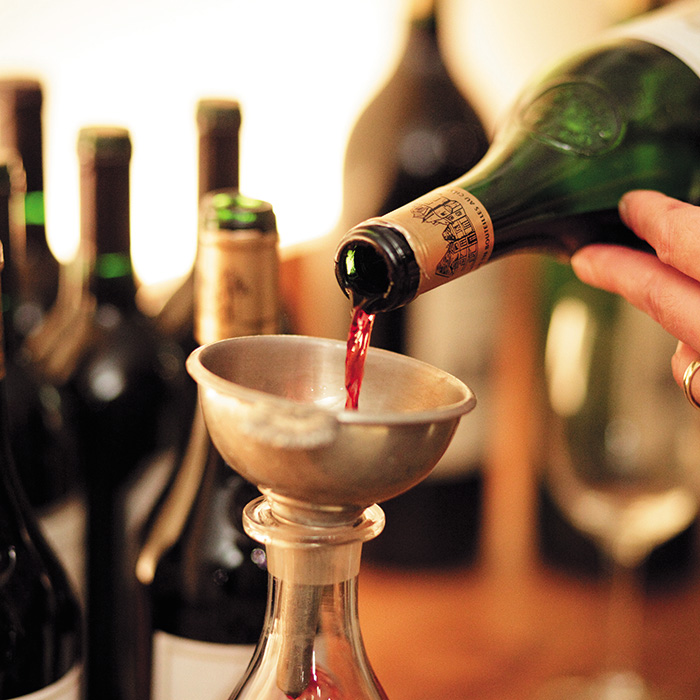 The act of decanting a wine is pretty simple: in straightforward terms, it is transferring the wine from the bottle into another vessel, either for the purposes of removing something (sediment) or adding something (oxygen) to the wine, both of which aim to give the best possible experience for the drinker.

Knowing what, and when, to decant is another matter.

Red wines that have been aged in bottle may have thrown sediment. This gritty afterthought from the wine’s production doesn’t cause any harm, but is unpleasant to consume and is undesirable in the glass. As such, these wines are good candidates for decanting.

Avoid decanting delicate, old, red wines as they can deteriorate very quickly once decanted. If you’re unsure, follow the maxim for mature wines; decant later rather than sooner.

Youthful red wines that have a strong tannic profile may benefit from decanting, not because of sediment (although they may carry a sediment) but rather because exposure to oxygen accelerates development. The physical act of pouring the wine into a decanter will entice the wine to develop more quickly than if you’d simply opened and poured it straight from the bottle.

If you’ve made the decision to decant, consider the following advice:

Ultimately, decanting is a personal choice; be guided by your instincts and remember decanting is not just for Port. Many wines will benefit from a careful decant and, as their drinker, so will you.

2 Responses to “On the simple art of decanting”