Kate Spicer on her passion for pink 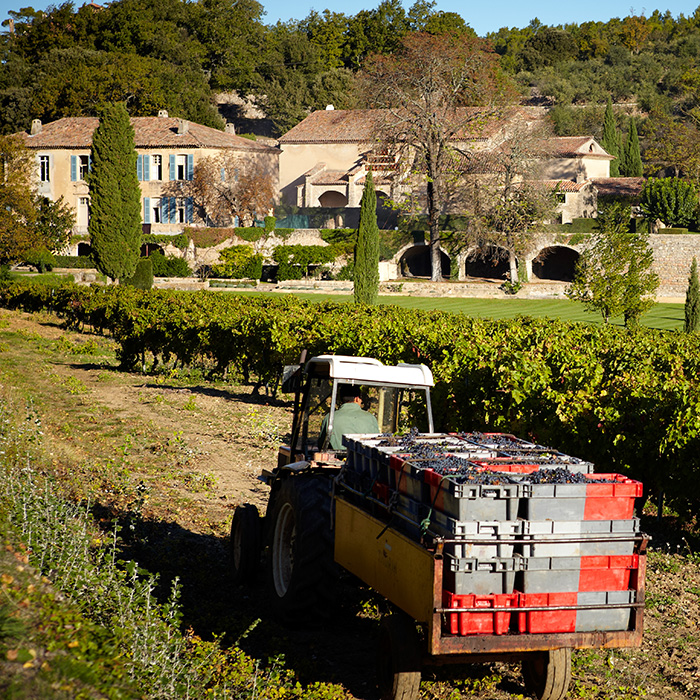 Château Miraval in Provence, owned by Brad and Angelina Pitt-Jolie

Continuing our series of guest blogs Kate Spicer declares her shameless love of rosé: entirely unapologetic, she champions the power of pink.

I have some neighbours whose everyday wines are far from ordinary: Guigal Côte-Rôties and the very best of the Montrachet crus. I’m constantly dropping in around wine o’clock; “Oh, no I’d better not. Ah well, if you insist.” They are no less generous when entertaining numbers, their summer party pop is nineties Dom. Needless to say, invitations to their home(s) never come with the request to bring a bottle. To turn up proffering a bottle on their doorstep is crass, an insult, the epitome of gauche and yet I have done it several times. Once with a Greek* wine I was excited about – “Never do that again,” said the host – and the rest of the time with rosé.

Over the last ten summers or so, I’ve developed – there is no other word – a passion for pink that sits rather awkwardly with a simultaneous attempt at nurturing some critical wine faculties. These neighbours think rosé is naff (their word); but for me, the summer unfolds as a rosé safari, an endless game of label-spotting, hopefully outside, poolside, seaside or on a big boat. The rosé safari has its big five, those cannily marketed wines that have transcended into recognisable brands that have people giddy by association long before they’ve even poured the wine: wines from Domaine Ott, the original super-yacht drop, and Miraval, given new life by its new movie-star owners, Angelina and Brad Jolie-Pitt; the Whispering Angel from Château d’Esclans and Château Minuty with its more affordable M; or Alain Ducasse’s favourite Pétale de Rose from Château Barbeyrolles.

This is why I take my own to my neighbours, because they’re too posh for pink, but I am not. Rude, crass, gauche, naff? Yup, it’s all of those, but for me it’s the best and only wine to serve as an apéritif, apart from Champagne. I’m following the French lead on this; red and white wine are for food or book launches. A high-functioning rosé will go with everything from gossiping on an empty stomach to five distinct courses, and that’s including pudding.

Merely saying the word makes my heart beat faster because one thing rosé does not sit oddly with is a good time. I have drunk it on so many sun-drenched, happy occasions in my life that its positive associations are deeply embedded in my subconscious. Despite moving into miserable middle age, like Pavlov with his bells and drooling dogs, I only have to see rosé and I feel, physically, the tickle of larks and laughs. Ah, the reveries of rosé. It’s so good I worked out where the e-acute is on the keyboard.

It’s acquired a modest credibility lately, I shouldn’t be ashamed. Ironically, given the snobbery around the stuff, the pinks of Provence have always been heavily quaffed by le jet-set rich as well as their camper-van opposites on the other side of St Tropez bay. All those captains of industry and oligarchs doing business quietly on their yachts moored off-shore, they aren’t quaffing Pomerols, Côte-Rôties, or Montrachets; or even more serious, weightier rosés from Bandol** and Tavel; nor that time-worn stalwart of the Fortnum’s summer hamper, pink Sancerre. They’re all drinking Provençal rosé too.

Today popular Provençal-style “swimming pool wines” are being waved around en magnum and bigger in flashy beach and night clubs around the world. Rosé is taking the place of the too-young Grande Marque Champagnes as signifiers of style and a good time, the only difference – they’re designed to be drunk young and require no cogitation or pondering beyond “mmmm” and “nice”.

This is not an apology for rosé, it’s a paean – albeit one that’s very easy to understand. I’ve never asked for much from a rosé; a blank nose, and a tickle of strawberries, pink grapefruit, a mineral inflection here, a vanilla pod there. My imagination and memories will do the rest. Hurray for the “drink now” wines so easy they are practically alkaline. My love of rosé marks me out as someone who likes a good time wine above a fine one. It’s not a wine that writes poetry but, hey, who wants poetry all the time?

*The Greek was the Vidiano from the Diamantakis Winery.

Kate Spicer is a London-based lifestyle journalist and documentary maker. She writes for Sunday Times Style mostly, but her work has appeared in diverse places, from LA Times to Condé Nast Traveller. Her first feature- length documentary, Mission to Lars, comes out in the US this September.