Inside the salons of Champagne 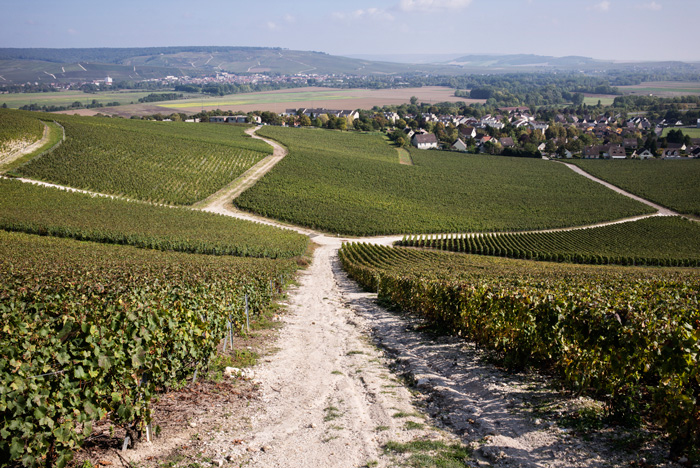 Edwin Dublin – Champagne Specialist and Assistant Manager of our London Shop – reports on his recent tour of the Champagne salons, tasting the expressive wines of artisan growers in the region.

‘The growers have arrived!’ This, apparently, was the rallying cry in 2009 of a flag-waving Champagne grower-producer at the inaugural Champagne salon. Coincidentally, 2009 saw us expand our artisan Champagne offering to over a dozen producers. Salons might evoke genteel afternoon teas (or not so genteel cocktail evenings), but in Champagne they are annual gatherings of small producers showcasing current and new Champagnes.  Most are growers, many organic or biodynamic, all displaying a commitment to nurture their particular terroir. Held annually, (although one – Trait d’Union – with luminaries such as Selosse, Jacquesson and Larmandier-Bernier is biennial), these salons are an amazing opportunity for the wine trade to discover new trends and stars.

There are now 10 (in some years more) different salons, each with up to 30 producers, held over five days in April. As many run concurrently, and in different cities, visiting all of them would be challenging so I concentrated on four in my two days. Stamina is definitely required with up to five Champagnes from each producer plus the vins clairs – the still wines from the preceding harvest which at this stage (prior to their transformation into the bubbly elixir we know as Champagne) are highly acidic and not dental enamel-friendly.

The first stop – on a glorious Sunday afternoon – was Les Mains du Terroirs Salon in Epernay. It was on my first visit in 2013 that I originally tasted the Champagnes of Eric Rodez, who subsequently joined our roster of growers. De Sousa and Janisson-Baradon were also present this year, and all were on song. The 2006 Janisson-Baradon Toulettes is an amazing take on blanc de blancs (2008 will be a noble successor), whilst the two Erics – Rodez and de Sousa – showed their biodynamic credentials with truly terroir-driven Champagnes.

Reims beckoned for the remaining salons. The Feasting Room of the Palais Tau, the former episcopal palace adjacent to Reims Cathedral, provided sepulchral splendour for the Terres et Vins Salon – the salon that began it all in 2009; but the exalted venue (new for this year’s event) didn’t distract from the serious Champagnes on show. Three of our growers were on show – Lahaye, Geoffroy and Laherte. Lahaye’s Violaine was a highlight – and the much-anticipated 2008 certainly lives up to its reputation.

My ‘Tour des Salons’ ended at the famed Michelin-starred restaurant Les Crayères with Les Artisans du Champagne Salon. Several of our producers were there, including the oldest biodynamic Champagne producer, Fleury. Represented by the hippy-ish Jean-Baptiste, their bright and pure blanc de noirs was again a favourite of mine. The ever-engaging Rodolphe of Pierre Péters had, among various treasures, the 2009 Les Chétillons – this inscrutable vineyard’s wines made a little softer in this warm vintage, but still with that core of Mesnil-steel. Nods also to Vergnon, another confident Mesnil producer; Nicolas Jaeger of Gratien, fourth-generation winemaker of this most traditional of Houses and Lancelot-Pienne, a relatively recent addition to the Berry Bros. & Rudd fold, who was showing his utterly delicious 2009 Marie Lancelot – classic Cramant.

There was just time during my Crayères sojourn for a dash across town to the Grands Champagnes Salon which included our very own Mailly. They showed prospective vintages of L’Intemporelle (2009) and Les Echansons (2006); fans of these will not be disappointed.

So, all in all, these salons showed once again that there are exciting terroir-driven Champagnes out there, and, even from familiar faces, there was much to discover, with great prospects for the future.

We are holding a Champagne salon of our own on 27th May; find out more and buy tickets on bbr.com.