Rioja: “a Burgundy-style wine with a Bordeaux history” 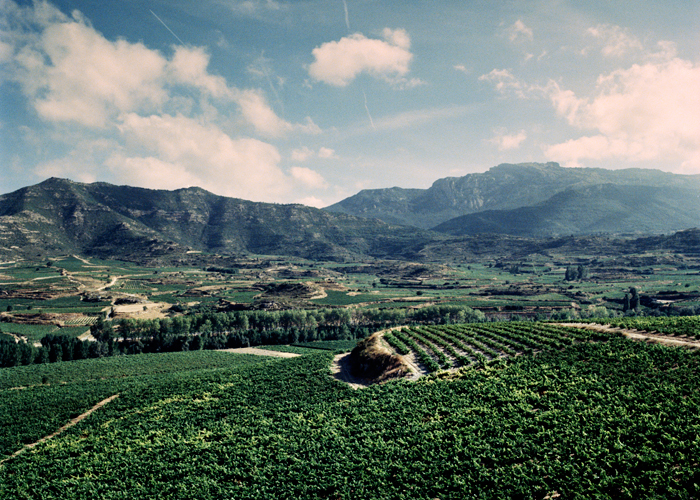 In the midst of our Spain campaign (‘The Golden Route’) Berry Bros & Rudd’s Sara Guiducci reports on the remarkable influence France has had on the wines of Rioja.

Rioja, with its rich winemaking culture that traces its history back to the Roman period, is steeped in history, and today’s producers are proud of their rich heritage. Its wine-makers happily acknowledge that the region’s current style has been influenced by the French and that Rioja’s past is closely intertwined with Bordeaux. Miguel Angel de Gregorio (of Finca Allende) described the historic wineries in Rioja as “a Burgundy-style wine with a Bordeaux history”.

Geographically, Rioja is located closer to Bordeaux than Madrid, encouraging a historical link between the two areas: the more I spoke to producers, the more I realised that this link has been key to the renown and quality of this region.

Bordeaux’s unique reputation and its accessibility by sea has long given it a magnetic attraction for oenophiles. In addition, it is said that in 1780 oenologist Manuel Quintano, inspired by Medoc practices, introduced cask ageing into Bordeaux. However, the story really starts in the mid-1850s.

In 1858, the local government instructed Camilo Hurtado de Amezaga (the Marquis de Riscal, who had spent part of his exile in Bordeaux) to find a way to teach the ‘método bordelés’ to the local producers. At his advice they hired Jean Pineau, winemaker at Ch. Lanessan, who arrived in Rioja Alavesa with 9,000 young vines of Cabernet Sauvignon, Malbec, Merlot and Pinot Noir. He instructed the local producers, who mainly made young wine with carbonic maceration (think young Beaujolais), how to use casks. However, the long cask ageing brought financial constraint to the producers and an immediate pressure on wine supply and the local government fired the young Jean Pineau. The Marquis de Riscal promptly set up his own winery and hired the Jean Pineau and created his own ‘Cuvee Medoc’. This was only the beginning….

It was 1862, exactly 370 years after the Spanish discovery of America by Christopher Columbus, when Mr Borty planted American vines in his garden in Roquemaure, forever changing the face of European viticulture. From the small Rhone garden, the tiny louse Phylloxera vastatrix (phylloxera the devastator) imported on indigenous American vines gnawed its way through the European vineyards causing almost total destruction. The French wine industry, which had only just recovered from a devastating attack of Oidium, ground to a halt and production fell from 84.5 million hl in 1875 to a tiny 23 million in 1889. 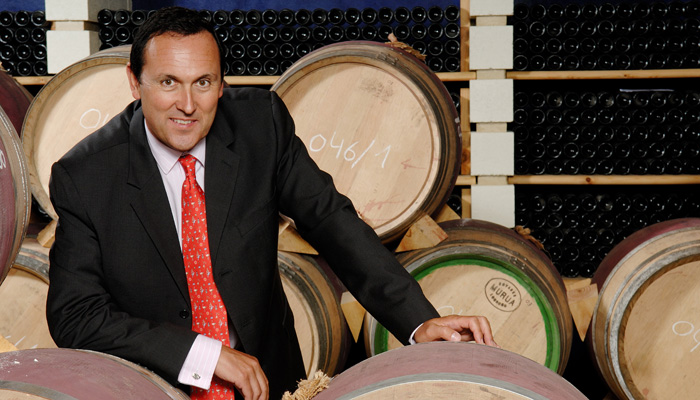 With the devastation of the Bordeaux vineyards and the unquenchable thirst from UK merchants for ‘clairette’, the negociants left Bordeaux in search of quality wine and quickly realised a common affinity of dark fruit, smokiness and spice between Bordeaux and oak-aged Rioja. For the next decade, Bordeaux imported as much Rioja into Bordeaux as it exported wine to the outside world.

The influx of money allowed the construction of a multitude of wineries, many that we still know today such as La Rioja Alta, CVNE and Bodegas Lopez de Heredia. The arrival of the Bordelais negociants, French oenologists and technicians influenced the production, selling and promotion of the wines. Following a negociant tradition CVNE only bought in grapes and La Rioja Alta was set up much like a cooperative. Though they imported Cabernet Sauvignon, Semillon and Malbec, their quick requirements for grapes meant they focused on Tempranillo, and as they realised the potential of Tempranillo the need to plant French varieties diminished. Therefore, it was more wine-making practices rather than varieties that they brought to the region; barriques ageing became a common practice still used today as well as de-stemming and smaller fermentation tanks instead of lagares.

Even today there are reminders of the French past as the fuller bodied wines were (and are) bottled in Burgundy bottles such as Vina Bosconia (Bodegas Lopez de Heredia), Prado Enea (Muga) and Vina Ardanza (La Rioja Alta), and the lighter wines such as Vina Tondonia (Bodegas Lopez de Heredia), Reserva Especial (Muga) and Vina Arana (La Rioja Alta) are bottled in Bordeaux bottles (the lighter style was the ‘clairette’ of a century ago). In fact, a previous incarnation of Bosconia’s previous name was Rioja Cepa Borgona and included some Pinot Noir. At Remelluri some old bottles were preserved with the names ‘Medoc, Alaves’ and ‘Bodega Bordeles, Rioja Selection’

However, the golden period of boom came to an end as the time-bomb of phylloxera finally hit Rioja in the 1890s. France had started a large scale reconstruction of its vineyards by grafting the vines on American rootstocks and the negociants left Rioja to return to Bordeaux, which by 1893 was producing as much wine as during the pre-phylloxera period. They left their stamp on Rioja with a strong distribution system, quality wine-making, and an international recognition. However, the result of their leaving was diminished demand and quickly the expensive French oak barrels were replaced with cheaper American oak that was split (not sawn) and left to dry outside (not kiln dried) according to French tradition. Today’s existence of cooperages attached to most wineries stems most likely from this period, where wineries looked for cheaper American oak that was treated in a French manner.

American oak became the new signature of Rioja and ‘traditional Rioja’ is now most likely described as being brick-red in colour with red fruit aromas and balsamic notes that has been aged for a long time in large American oak vats. This period also saw the introduction of Garnacha (Grenache) as phylloxera devastated vineyards were replanted with this variety from Aragon. One wonders what the founding fathers of many traditional wineries would have said about today’s so-called modernists who, inspired by modern winemaking techniques, produce deeply coloured, highly aromatic wines that are aged in French barriques.

This story certainly made me rethink the way I understand modern and traditional Rioja and it gives an extra dimension to the vision of many of our producers to retain tradition and originality in their wines. Telmo Rodriques summarised this when he described the dilemma of Rioja by asking the question: “Should one respect the transformation of the decades and centuries or go back to the original?”

Personally, I am glad that the French didn’t stay long enough to make Cabernet Sauvignon the dominant variety, but that innovation, financial confidence and hardship has given this region a wealth of heritage to draw upon to make a plethora of unique styles. The French influence remains fundamental to the style of the wines produced, but the style is as much typified by the region’s own history and the extraordinary people who adapted quickly to the opportunities and hardships thrown at them. Rioja remains a mystery of blending: grapes, wood, ageing, vineyards, cultures and history.

One Response to “Rioja: “a Burgundy-style wine with a Bordeaux history””