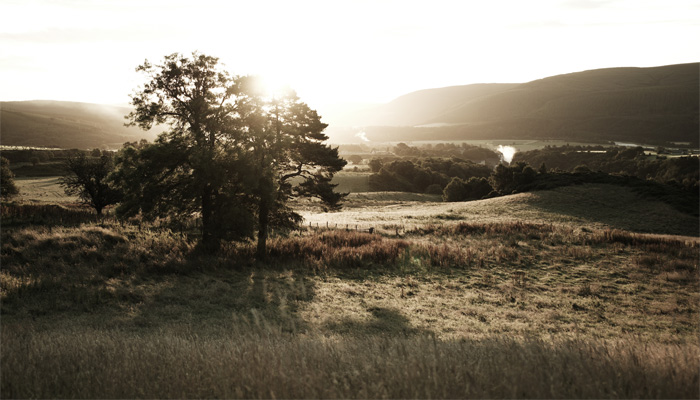 One of the rare occasions that Berry Bros. & Rudd has purchased a brand was in 2010. While we now own The Glenrothes Single Malt Scotch Whisky brand, uniquely, in the world of Scotch Whisky, we don’t own the distillery. It’s simply not our business either in wine or spirits to own production.  Develop brands yes, purchase vineyards or distilleries, no.

Single Malts come from one distillery and, like Chateau bottled wines, are selected by the brand owners. Single Malts are made entirely from malted barley and in pot stills whilst grain whisky is essentially neutral alcohol made, in the main, from maize and in the unassuming ‘continuous’ still. Mixed d together they become the household brand names of Blended Whisky.

Single Malts take many years to mature- probably a minimum of eight years in good active casks – while blends are easy to drink and mix after only four years. Such a long time to mature was the main reason for the delayed development of the specialised Single Malt sector, but its emergence has sparked cross-generational intrigue and delight. Blends have ‘owned’ the Scotch Whisky category for 120 years but in the last 40 years Single Malts have grown from 1% of the Scotch Whisky category to the 10% of today. And they continue to gather pace.

Perhaps the main reason for this is that we savour Single Malts in the same was as we do a fine wine – in an appropriate glass and with the judicious addition of water to suit. Blends are traditionally enjoyed in what was originally a brandy and soda tumbler and mixed.  I like to say Blends are for ‘drinkers’ and Single Malts are for ‘thinkers’. There are, naturally, occasions for both.

Glenrothes whisky was well-known to the blenders since its beginning in 1879. It was considered a top-class enhancer to blends for its body, structure and of course, flavour. As a result the distillery flourished but not as a Single Malt. Way back in 1987 in association with the distillery owners The Edrington Group, Christopher Berry Green, the then deputy-Chairman and the Berry’s Board agreed to develop the brand of Single Malt. At that time Single Malts were starting to emerge as the premium sector within the Scotch whisky category.

As The Vintage Glenrothes range positions itself into the top 10 single malts I am often asked which Vintage should be bought particularly at this time of year. Well, buying Glenrothes is like buying any wine Vintage – each expression will be different but share the same “house” character. Each of the Vintages will be as different as children of the same parentage; each Vintage will have been made to a recipe to fulfil both a taste and emotional appeal. “Emotional appeal?” I hear you say. This may sound as quirky as Jilly Goolden in the early 1980s talking with what appeared to be outrageously abstract descriptors emerging from her glass of Sauvignon Blanc. But we all know more about the effects of aromas and taste today than we did then.

I like to think that our day is split into three stages… the “Uplifting” the “Conversational” and the “Relaxing”. We attend to trigger these desired emotions automatically; the Uplifting glass of champagne, the Conversational glass of Bordeaux and the Relaxing glass of Vintage Port. In the classical music world: the Uplifting Hornpipe from Handel’s Water Music; the Conversational Bach’s Air on a G-String; the Relaxing Beethoven’s Moonlight Sonata (and so it goes on).

The Glenrothes expressions are approved with these in emotions or moods mind. Those expressions tending toward the Uplifting should  have loads of fresh citrus and floral notes; those destined for the Relaxing should carry more of the spicy, dried fruits and woody notes and, in the middle – the Conversational – being more about ripe fruits than dried fruits, more about butterscotch than plain vanilla and with a kiss of spice rather than the fuller waft so prevalent in older malts.

Currently, the latest version the Vintage 2001 is what I’d call a Conversation-Relaxer sitting on the cusp of both; the 1998 with a fresher citrus and titillating spiciness the Uplifting Conversation dram and 1995 THE Conversation drink and all-rounder. The 1988 the perfect way to round off the evening as the elegant Relaxer following a great evening. All contain the wonderfully Christmas notes of Spice, Vanilla, Citrus and Fruits so typical of this distillery.

So over Christmas I urge you to think about the occasion before making a purchase. If you can come into Berry’s to sample. I should only add one caution: Vintages are finite and tend to run out after a couple of years. I’m sure that the only disappointment will come from the regret that you didn’t buy enough.