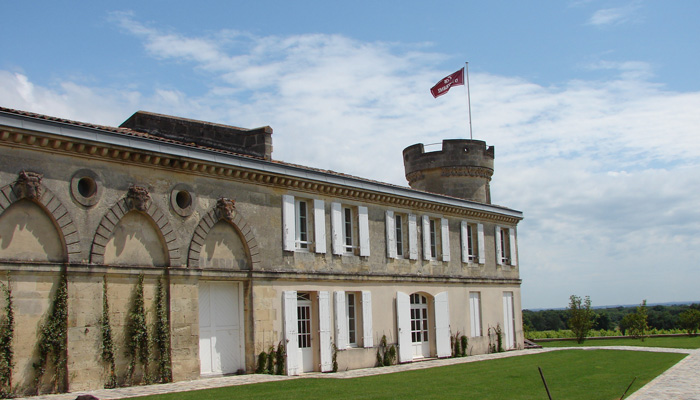 Ch. Montrose started our tasting today and the Grand Vin showed good weight and acidity. The blend for 2012 is 37% Merlot, 57% Cabernet Sauvignon, 1% Petit Verdot and 5% Cabernet Franc. It accounts for 52% of the estates production. Picking took place as late as 13th October for the Cabernet Sauvignon as they sought to find as much ripeness as possible in the grapes.

Following a short stop at Ch. Calon-Ségur (who decided to green harvest in July and have managed to develop a super fruit profile, with subtle tannin and relatively intense acidity), later in the morning we enjoyed visits to Cos d’Estournel (delicious wines with a generosity of fruit and subtly balanced tannin – the kind of fruit profile missing in the less attractive wines of this vintage).

Ch. Pontet-Canet is a large estate that can trace its origins back to 1725. The team at Pontet have excelled again in 2012, creating another wine which defies its classification as  5ème Cru Classé. Cepagé is the same as last year – 65% Cabernet Sauvignon, 30% Merlot, 4% Cabernet Franc and 1% Petit Verdot and they picked late on 4 October to offer the grapes a greater chance of reaching suitable ripeness, but they harvested quickly adding an extra sorting table. Melanie Tesseron thinks that the taste of the wine is enhanced with freshness and minerality by their biodynamic processes that allow them to be closer to their vines. Since 2005 the property was in conversion phase, they were fully converted in 2010. Their goal is balance in the vineyard and balance in the wine – something they appear to have achieved. 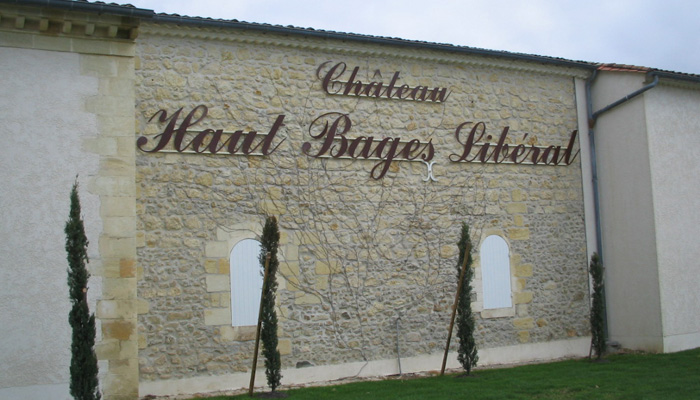 In the afternoon we enjoyed tastings at Ch. Haut-Bages Libéral (70% Cabernet Sauvignon and 30% Merlot, soft, silky and generous – it was so tasty we would be tempted to drink it now. A very nice glass of wine), and Ch. Pichon-Baron which is 80% Cabernet Sauvignon and 20% Merlot.  We also tried Ch. Pibran and Tourelles de Longueville, both wines that seem to have got the generosity of fruit right in 2012.

Ch. Lafite Rothschild is notoriously hard to taste En Primeur and Charles Chevalier often mentions when we taste at this renowned property that he would prefer to show his wines later in the year when they become more approachable and reveal their true identity. This year, it was particularly focused, classy and has lots to offer. Ch. Mouton Rothschild (90% Cabernet Sauvignon) was fresh, decadent, intense and the possessor of a lingering finish that you would expect from a First Growth property. It has beautiful finesse. To conclude day three in Bordeaux we tasted at Ch. Latour, home to one of the most impressive tasting facilities I have come across (even if the spittoon is hard to navigate). Despite this property taking the bold and unique decision to not release their wines En Primeur this year, we took the opportunity to taste ahead of their future release, which director Frederic Engerer plans to do when they are approaching suitable drinking windows. We will leave our overall judgement on the First Growths until we taste at Ch. Haut-Brion tomorrow, but indications are that the wines are very well made this year – choosing a favourite may come down to personal choice rather than anything to do with quality.

Thursday has been a really intriguing and enjoyable day. By tasting such highly sought after wines, we are able to really start to understand the vintage and the quality of the wines it has produced. Tonight we taste at Ch. Léoville-Las Cases, one of the largest and oldest classified Growths in the Médoc and another 2ème Cru Classé in name who regularly produce 1er Cru Classé quality wines. Look out for our comments about the wines intomorrow’s blog.

Remember to return to the blog this afternoon for the review of our fifth and final day in Bordeaux and to follow us on twitter @BerryBrosRudd for live news about our tasting experiences and insights from our team and the producers themselves.