‘Italy and the American Palate: debunking the myth’ or should that be ‘Made in Italy, Sold in America’? 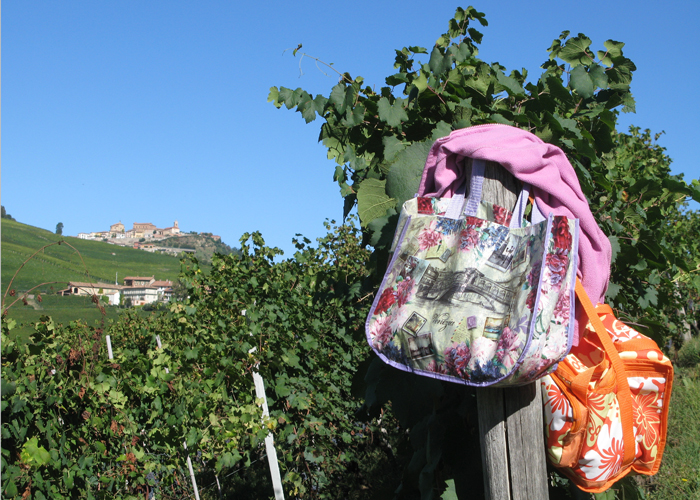 Living in the Langhe since 2009, and buying wines for London wine merchant Berry Bros. & Rudd now for over a decade, including spells promoting Australian, New Zealand, South African, Californian and French wine, I’ve been amazed and saddened by the overwhelming influence of the predominantly US press on the styles of wine produced here (and elsewhere along the Italian peninsula).

Naive I may well be, but as one Barolo producer put it succinctly: “you’re either ‘In’ or ‘Out’ [of the press ‘club’]”, with repercussions either way on US distribution. So despite Kerin O’Keefe’s candid, and I would say quite brave, exposé on the role of the US press in creating these ‘cartoon’ wines (as Mr Rosenthal puts it), the reality, or should I say tragedy, among the Langhe hills is that there is too much business at stake to allow the true, unadulterated beauty of Nebbiolo to be revealed (but I’ve yet to hear of a similar scandal to that of Spain’s ‘Campogate’ and the Wine Advocate…)

To be fair much of the problem seems to originate among the producers themselves who, as Alessandro Ceretto admitted to me recently, have conceded the articulation of their unique terroir and (vini) culture to the American press (i.e. they’ve sold out), who as we know, through points and posturing, have encouraged producers to make the sort of wines that are better spread on toast than drunk. But then this is a situation that favours the more commercially aggressive producers; those ‘heavyweights’ who effectively fill the void where a dynamic and responsible Consorzio should be. Instead of building on the legacy of their forefathers and follow the example shown by the region’s finest, traditional wines, many of those producers who filled their shoes  during the ‘80s and ‘90s chose the shortcut (the ‘scorciatoia’) to fame and fortune, egged on by US importers and press alike. Indeed, how ironic that the country and province that gave us the ‘Slow Food’ movement is indebted to the land of ‘Fast Food’!

Yes the SUVs are bigger and the bottles heavier, but I question Kerin’s point about the region’s ‘present day success’, for it now appears that many of those ‘revolutionaries’, the modernists (absurdly low yields, rotos and barriques) behind the searingly alcoholic, dazzlingly priced wines are now the ones finding it hardest to sell (in bottle), especially post Lehman. Even Luciano Sandrone, one of the leaders of the ‘revolution’, admits that the time has come to take their foot off the gas, to raise his yields to reasonable levels from that of half the DOCG allowance to somewhere approaching normality (56 hl/ha), thereby achieving balance (in the vine and bottle), elegance and drinkability.

Producers in Piedmont may be turning away from modernism to traditionalism (the two camps still exist by the way) not just because the American palate has evolved, or because it’s now the fad to be ‘trad.’, but due to an increased interest from other, northern European markets, notably Scandinavia and, ‘shakes alive’, from France and Great Britain!  Even there the penny seems to have dropped that traditionally-made Nebbiolo now offers the level of quality, value and sensory experience that was previously the preserve of Burgundy.

This is largely thanks to the perseverance shown by the regions’ great cantine (the Rinaldis, Mascarellos and Giacosas etc..) who, despite the media storm around their heads, continue to inspire the latest generation of Langhe producer that arrived after the ‘revolution’; producers not craving the benediction of one scribe or another but trusting in the intrinsic quality of their Nebbiolo grapes and vineyards, which they vinify sensitively before releasing at a reasonable price; word of their fine wines being disseminated increasingly by impartial wine cognoscenti on the internet –  by those often without vested business interests.

Now’s the time then for producers across Italy to live up to the ‘Made in Italy’ tag, to cease being slaves to the international press, to reconnect with the soil under their feet, celebrate the (autochthonous) grapes before their eyes and make gloriously elegant wines that transport you back to that place; be they from Barolo, Fumane, Castellina in Chianti, Montalcino, Matelica, Montefalco, Taurasi, Ciro or Etna to name but a few. That way American, European and increasingly Asian palates will clearly identify with Italy’s unique culture and value what the country has to offer for years to come.

5 Responses to “‘Italy and the American Palate: debunking the myth’ or should that be ‘Made in Italy, Sold in America’?”