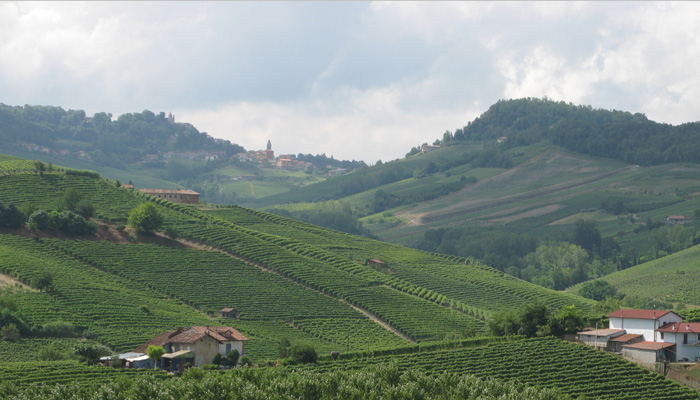 Another new face on Berrys’ Barolo books is that of Gianluca Viberti, a Nebbiolo winemaker with 22 years of experience at his family’s cantina (Giovanni Viberti) and now since 2010 at his very own: Casina Bric 460; so named after the altitude at which the property lies, with ‘Casina Bric’ meaning ‘the high farmstead’ in Piemontese dialect.

The Vibertis are from Vergne, a ‘frazione’ (hamlet) of the village of Barolo, but much higher up, on the road to La Morra and Verduno, with whom they share a more similar geology: younger (7 million years ago) Tortonian calcareous clays, with a dash of iron in Vergne’s case, that typically give softer, fleshier more approachable styles of Barolo. As Gianluca explains.

Gianluca’s experience has taught him that cement is the best material for vinifying Nebbiolo, prompting him to invest in four brand new, state-of-the-art, epoxy-lined tanks; the newish I’ve seen in my rounds. Added to which he’s just bought some large upright wooden tini fermenters to complete the traditional vinification of his 10 hectares. And I haven’t even mentioned the fabulously funky packaging..!