Fresh off the blocks: Italy’s 2012 harvest hits its stride… 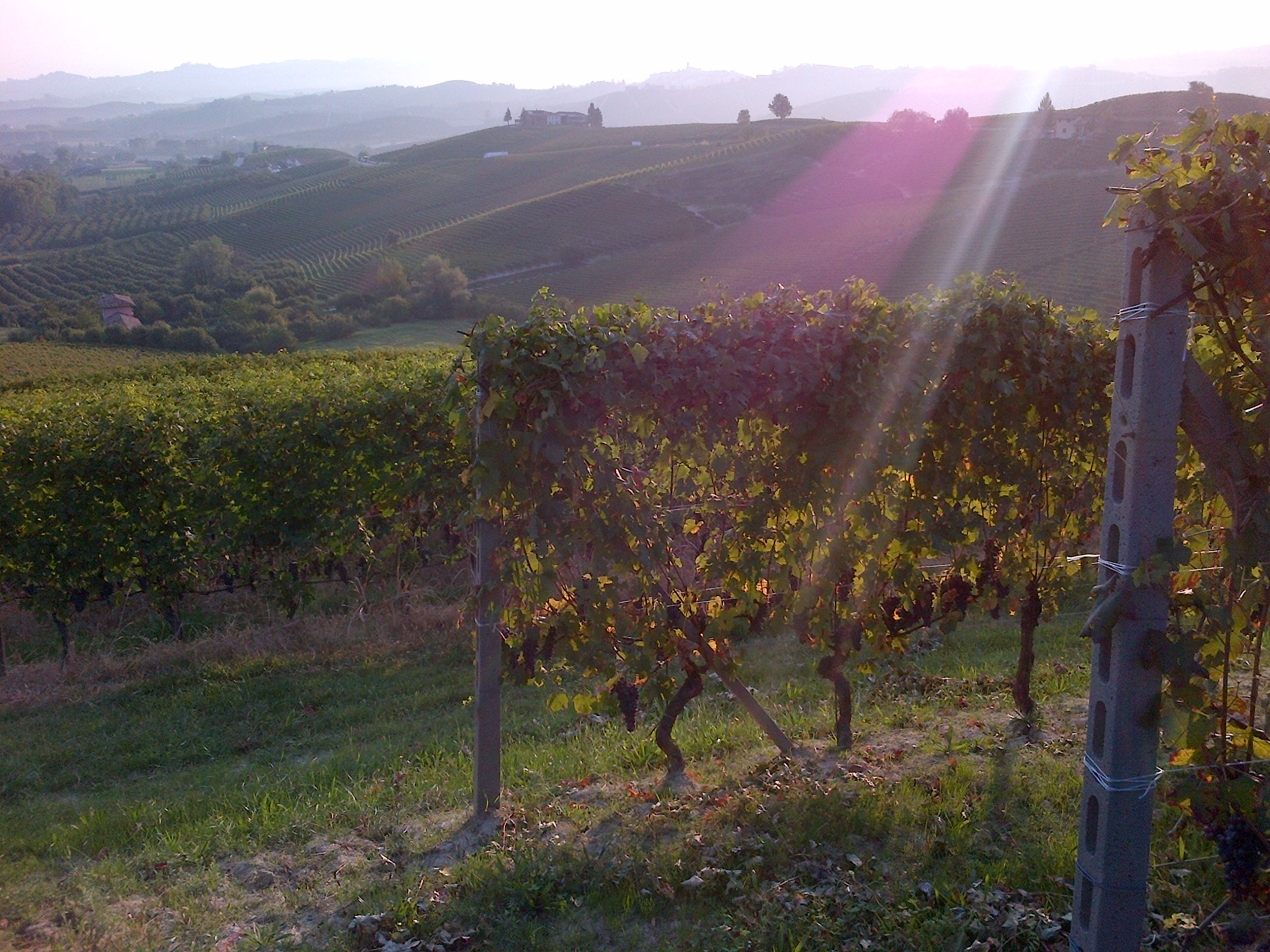 It’s amazing what can happen when you visit London! Earlier this month forty-four of Berrys’ Italian suppliers came to the notoriously damp Olympic city (to present their wine for our 2012 Grand Tour offer) only to discover that London was bathing under its first week of summer sun, while rain was finally pouring at home! Indeed those early Sept days of rain and autumnal temperatures look to have been the ‘game-changing’ moment of the Italian 2012 vintage.

The south in particular breathed an audible sigh of relief. Talking to Taurasi’s Luigi Tecce and Vulture’s Sara Carbone, this rain didn’t come a moment too soon and, along with the cooler days, the harvest dates have been shunted back to a more normal period of end October for Aglianico.

Montalcino’s Andrea Mantengoli (La Serena) was also one celebrating the showers, with Tuscany in particular having suffered many months of ‘siccità’/drought in the leadup to September.

Closer to home in Piedmont, Canelli’s Moscato d’Asti producer Gianmario Cerutti is grateful not just for this month’s rain but for the snow that fell during the dying days of February. For the subsequent hot, dry and at times humid summer that we’ve ‘enjoyed’ reduced his crop by 20%. Still he adds, the Moscato vine was in better shape this year compared to the ‘sunburnt’ bunches of last, giving fruit with a better sugar, acidity, aroma balance (as I can testify having sampled the 0% alcohol Moscato juice a couple of days back, with its exquisite mandarin flower fragrance!)

As far as the Langhe rossi/reds are concerned, the 2012 harvest is now on track to deliver another classic vintage. Dolcetto d’Alba is being harvested this week, notably by Signor Marinacci, Fontana and Signora Mascarello (Bartolo), a full two weeks later than in 2011. More importantly the now autumn fresh nights (12 degrees) and cooler days (mid 20s) are just what the region’s crowning grape Nebbiolo needs, with harvest now due early/mid October. Meanwhile the capricious Dolcetto with its thin skins has suffered a tad from the lack of summer rain, and from the relative high levels of humidity, bringing on some rot and desiccation. So, echoes of 2008 then?

Next week: news of the 2012 vintage from the Loire, Alsace, Austria and Germany.

2 Responses to “Fresh off the blocks: Italy’s 2012 harvest hits its stride…”