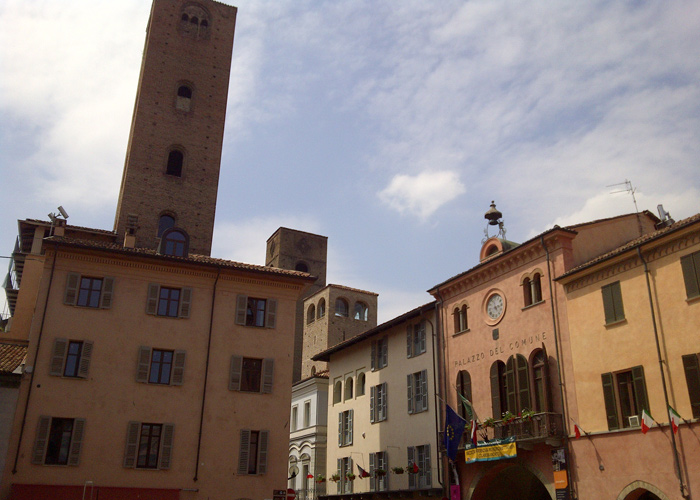 Evviva! Vintage 2008 should be gathered up with open arms by (true) Nebbiolo appassionati around the globe. For 2008 is a classic vintage, that enjoyed a cold winter, a long growing season and a normal October harvest, a month after the much touted 2007. Generally it has yielded more (refreshing) acidity, a marginally lower pH and, yes!, slightly lower alcohol levels (than 2007).

Across Berrys’ producers (Fratelli Alessandria, Cascina Fontana, Marcarini, Giovanni Rosso, and Mascarello Bartolo) the vintage has been a pleasure to taste, with its refreshingly balanced, open-knit, fleshy, licorice, crunchy brambly notes; fine wines that should be appreciated in the medium to long-term; a cross between 2006 and 2007 perhaps. Their wines will be offered by Berrys in September

That said, the reality is, as I found on dropping in on a dozen or so new (to me) cantine/wineries outside my comfort zone, is that there appears to be too many Barolo producers apparently locked into cruise-control when it comes to green-harvesting; it’s the other contagion! Just as there are a depressing number of rotofermentors still to be found, lurking like elephants in the cellar, so many producers seem blind to the changing climate and press the ‘excessively low yield’ button year-on-year when dropping fruit. The two are not unrelated, as it happens, for the more fruit you drop the bigger and sweeter the (Nebbiolo) grapes become, giving more sugar, more alcohol etc…; perfect fodder then for the pressure-cooker environment of rotofermentor, churning out thick jammy wines while you’re taking a nap. 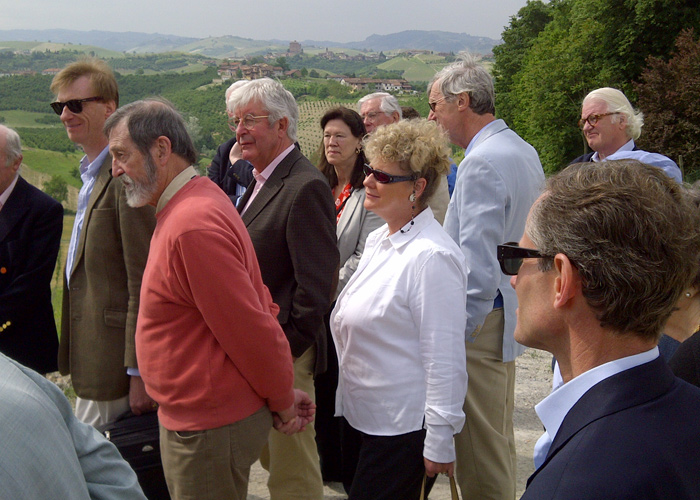 As one high-profile cantina with some fine vineyards put it: ‘the sad truth of the matter is that we (the producers of the Langhe) have effectively placed the responsibility for articulating our own viniculture into the hands of the (US) press…so much so that we now cannot afford not to play the game’. I’m tired of hearing it from producers’ mouths about how traditional they are, as they parade their ‘botte grande’ only to then discover that they harvest at absurdly low yields, macerate for barely two weeks, and have to use selected yeast to enable the overly alcoholic wines to ferment to dryness! The journalists might ogle and spit these wines out (lucky them), but it’s the consumers who lose out as they try and get their wallets and heads round largely undrinkable wines.

Even Luciano Sandrone, one of the founding fathers of this fad for souper-concentrated  wines, accepts that the time has come to pull back. But he says plaintively, ‘you must realise that we came from a period (in the ‘60/70s) when yields were at 120 to 130 quintals (c. 90hl/ha) to them now being at 45 quintals (30 hl/ha), and now we need to find the balance somewhere in between.’ Damn-right we do, or else we should be invoicing producers for the additional cost of duty when their wines officially slip into the 15and & over category of ‘Port’….! 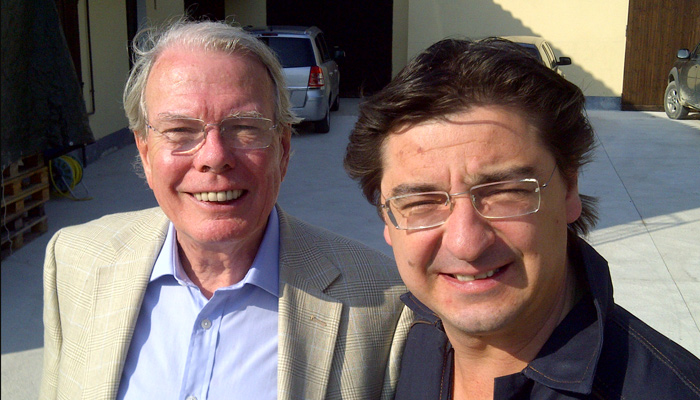 Talking of which, and on a lighter note, it was a great pleasure to receive the seasoned palates of one of London’s most historic clubs: Brooks’s of St. James’s Street. I say ‘seasoned palates’, not in Nebbiolo or other Italian wine, but in classed growth Claret of course. For many of the 36 members and their wives who made the trip, it was their first time in Piedmont; a chance for me to open their eyes (and mouths) to the beauty of fine Nebbiolo. And having spent two days visiting large (Giacosa, Produttori del Barbaresco, Ceretto) and small (Marinacci, Cascina delle Rose, Rivella Serafino, Giovanni Rosso and Fratelli Alessandria) producers, they went away particularly charmed by the quality of the artisan producers’ wines, and by their creators. The same could be said for the cucina: far more impressed by that served up by the family-owned trattorie than at the fancy, overly technical (and overly priced) Michelin-star level! Don’t believe me? Then hear it from one of their number: Mr. Neil Chalmers…

One Response to “Barolo 2008 update; excessive green-harvesting, the other contagion; and London’s finest, Brooks’s Club, visits the Langhe…”