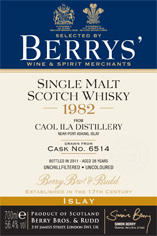 “Austerity” in a whisky can be, in my opinion, a bit of a strange concept. It gets wheeled out by whisky writers and ‘experts’ now and again, and usually is seen as a positive descriptor. From my reading of other people’s tasting notes: if a whisky is structurally hard and crisp but this clashes with the flavours/aromas then this is described as lean or thin; whilst if the crispness balances well with the other components of the whisky, this magical word ‘austere’ seems to regularly appear. Tangentially, this word seems to be used exclusively to describe Whisky – as opposed to Whiskey – perhaps the Irish and Americans are less enamoured with this aspect of their spirit?

As I’m sure we’ll all agree in such interesting times as these, austerity, whilst sometimes wholly necessary and hugely useful, is rarely sought-after or something to look forward to  in everyday life. Here though, people whose opinion I respect hugely seemed to be relishing this aspect of a whisky. There are times when we all need austerity in our ‘real’ lives, but here, relating to a drink I find gustatorially desirous and intellectually nourishing, people were expounding the desirability of a facet I didn’t want in a liquid I physiologically didn’t need.

As I hurtled northbound en-route to my first Whisky Festival of the year in the wonderful city of Newcastle, I was struck by the beautifully austere view out of the window. Snow covered fields, ice covered trees and lineside equipment, thick mist in the lower lying parts of the land around me, crisp vapour-trails in the air and the moon, almost full, craters and ‘seas’ clearly defined by the newly risen sun. Not a breath of wind disturbed the wisps of smoke and steam from chimneys rising ever upwards into the frigid, fresh morning air. Truly, this was a scene of austere beauty. How can I reconcile this with a particular combination of flavour and structure in an aged, boiled beer that, whilst the overall liquid may be perfectly serviceable, often makes said drink seem rather bereft of charm.

“Thank God it’s Christmas” or, at least, thank God it was Christmas. Due to our shipping out rather a lot of Spirits and Wine over the 8 weeks leading up to the end of December, our logistics centre in Basingstoke closes to inbound deliveries to allow the team to concentrate on the outbound ones – and woe betide anyone who attempts to subvert this policy enforced by our wonderful Warehouse Manager, Mr Chris Layland! This means that every year, in early January, I get a lovely late Christmas present in the form of a large tranche of Berrys’ Own Selection Whisky bottlings that have taken place over the previous couple of months. This year twelve delicious new additions arrived within a fortnight of New Year. Amongst these manifold delights were two bottlings from the same distillery. Both were aged in the same type of cask. Both were bottled at Cask Strength. Both were, as always, bottled without the addition of any colouring or after having been Chill-Filtered. Most excitingly, both were from the same distillery and, to a tolerance of within a few months, both were the same age.

Triumph! This is exactly why I love what I do! Getting to explore these new bottlings and tease out what should be, on paper, the minutiae that seperate them. It’s a bit geeky, but these are the comparative tastings beloved of those of us lucky enough to get to do this for a living. Armagnac Nismes-Delclou 1900 Vs 1901 – Yep, both tremendous! Ch. D’Yquem 1874 Vs 1875 – Easy, clear winner! Tokaji Essencia 1893 Vs 1993 – No contest! Now, before anybody else in the world, I was getting to sit in my little corner of our delightful London Shop and compare Caol Ila 1982 Cask #6514 and Caol Ila 1983 Cask #4825. Not only this, but unknowingly I was about to ‘get’ how austerity could not only be a good thing in a dram, but actually complete a whisky and transform it into something quite special.

Straight off the bat, this is luscious on the nose with hugely charming nuttiness and really open fruit vibrancy. Even the particular hue of gold that the wood has imbued it with is extra-specially enticing. The peat is extremely well integrated, to the point where the citrus and stone fruit juiciness almost overpowers it. On the palate a reasssuring peaty tang weaves through the dense, creamy texture. Waxy lemon, lavishly expensive custard tarts and an almost wanton amount of white-chocolate oakiness balance the alcohol perfectly. Gorgeous, curvaceous and utterly shameless, I defy anyone not to have lashings of fun spending an evening or two with this!

Quietly reassured on the nose with some nice clean citrus, earthy notes, and cool smoke. Ripe, but not squishy, lemons with only the faintest covering of wax come through along with green olives, some herbal notes and dense peat smoke on the palate. The oak here is hard, long and supportive. The finish is so precisely poised that I almost mistook it for ‘merely’ very good. No, it’s much, much better than that. It’s extremely challenging without ever becoming offensive. It’s endlessly interesting without once becoming tiresome. It’s the kind of teacher that never once shouts, but somehow maintains the undivided attention of a room of hormone-addled Scarborough teenagers. It’s the kind of book that even though you’ve read it so many times the cover has fallen off you still feel inexplicably compelled to discover it all again, just one… more… time. It’s wonderful, truly and deeply wonderful, in its quiet, calm, effortless, brilliantly judged, beautfully beguilling, austerity.

And there dear reader(s) on that dark, wintry morning was yet another ‘Eureka’ moment in my never-ending Spirits journey. As my train continued ever Northwards, and the crispness of the dawn has started to be replaced by the familiar grey skies of my beloved Yorkshire in February, perhaps that particular moment for austerity had passed? Perhaps after sating 500 garullous geordies with delicious whisky and, hopefully equally thrillingly, delicious knowledge, I’ll be in the mood for something obviously and willingly charming? Perhaps it won’t be until later in the week or maybe next weekend that I return to my never-ending, ever-changing communion with the 1982 Caol Ila? Either way, there’s easily room in my life for both.

NB: After the festival, I did indeed seek the flirtacious charms of the 1983 Caol Ila. Luckily, there were a couple of drams left in the sample bottle at the end of the event. Inexplicably, when I stepped off the train at King’s Cross, the bottle was empty.