Puglia, where the future looks ‘rosato’ 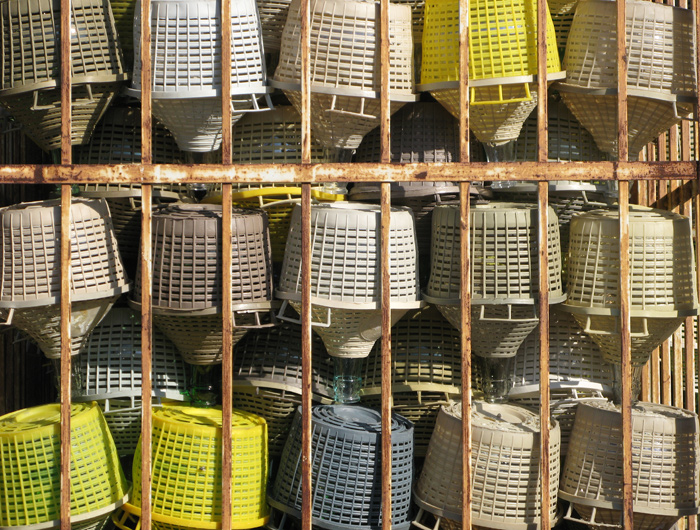 Spurred on by an impressive display of Italian wines made from autochthonous southern grapes at the June’s event ‘Radici del Sud’, as covered in my blog, I took to the road last week to explore the vineyards of Puglia, stretched out across the ‘heel’ among the olive groves, in an attempt to find out where the opportunities lie.

What is clear is that Puglia has a great chance to make world-class easy drinking wines. I mean, just look at its terroir: ample sun, vines air-conditioned by salty breezes criss-crossing the Puglian heel between the Adriatic and Ionian seas, flat land for ease of mechanisation (and for replanting as and when), fertile red clay over limestone soils giving ripeness as well as natural minerally freshness, and a lattice of roads making vineyard access and fruit delivery a speedy operation. Estates seem to be large enough too to enjoy scale and are now better equipped. Bottled whites seem less in evidence at present; a shame as I think the sunny, salty style shown by Bombino Bianco, or more lemony Fiano could offer a refreshing alternative to new world offerings. Reds remain the meat and drink of the region, with a significant proportion of most cantina’s production sold in bulk as ‘vino di taglio’ (see below). Yet it’s their Rosato (Rosé) that catches the eye, not least on account of its pretty salmon pink colour and deliciousy juicy stone fruit accessibility.

Formerly their Rosato wine was produced quasi as an afterthought by pressing (coarsely) the discarded skins following a red wine fermentation, without recourse to temperature control, without protection from oxygen and often in subterranean tombs (cement tanks). The result being a tired, orange, amorphous, insipid thing fit only for the carafe and drunk locally. Instead many of the new breed of Rosati are made in the vineyard, that is to say the fruit is picked with the intention of making a bottled wine from the off. The two metre high ‘tendone’ (close pergola) trellising favoured for producing large quantities of both uve di tavola (table grapes) or fruit for the cooperatives, depending on the market, all by hand, is gradually being replaced by ‘spalliera’ (rows of vines trained low on wires) that permits mechanisation.

Gone are the days of bountiful and cheap manual labour; machines, harvesting at night often, are a must if cantine (wineries) are to compete in this part of the world. Oenologists are now two-a-penny, accompanied by a supporting cast of gleaming stainless-steel apparatus and the knowledge of how to make a ‘modern’ wine. Rosato is ideally made using the solasso technique, leaving the juice in contact with the skin for a short period, under cool anaerobic conditions. The grape most commonly used is Negroamaro (or ‘Negramaro’ for the US market), often with dollops of Malvasia Nera or Montepulciano d’Abruzzo to give more flesh. 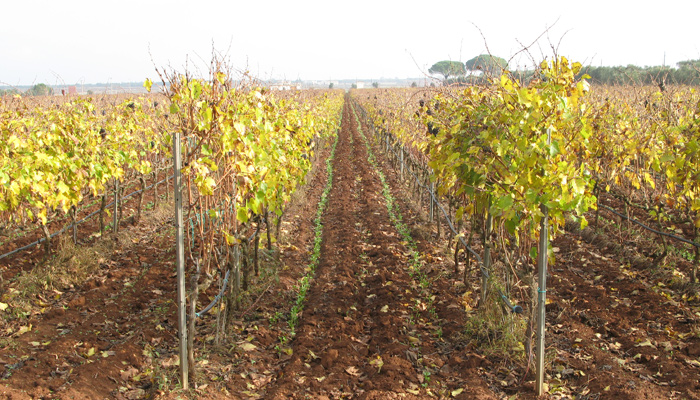 Negroamaro, vinified as a Rosso, reflects its provenance well in producing a smooth red fruited, fleshy thing, with intriguing earthy, tobacco notes. Primitivo has more obviously dark-fruited, prune-like appeal and is particularly successful in the slightly more continental zones of Gioia del Colle and Manduria; their passito style is particularly popular in the Veneto! Susmaniello is an ancient variety that is making a comeback, and with good reason; it’s fresher, finer, perfumed, more feminine lines reminded me of a cross between Barbera and Nebbiolo. Otherwise there are the blending varieties of Malvasia Nera, Montepulciano d’Abruzzo, Uva di Troia and the usual international suspects to fill in the cracks or to sell in bulk…

Yes, selling wine as a supplement, to bring a dose of sun to meagre northern blends is still important; Puglia’s earlier harvest arriving just in time for their northern cousins. How else do you think that the Barolo cooperative can sell its product at rock-bottom prices at petrol stations?! Primitivo is a key component in many (top) branded Amarone. One such supplier I spoke to said they’d considered “turning the tap off” but then who could ignore their fancy new cantina built on the profits! 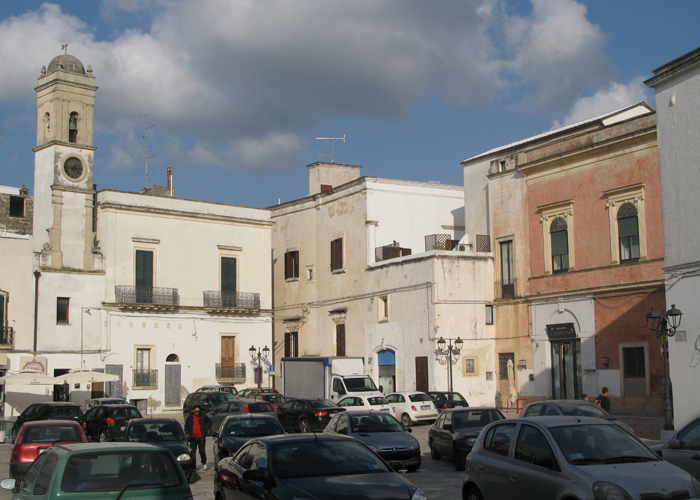 The roots of course lie in the hole left by phylloxera with railroads between Avellino and Alba, or Foggia and Francia established to feed the then market. The state may have since derailed the trains but there’s a constant chug of cisterns, a night train on wheels daily wending their way from Puglia to Piedmont, Trentino, Veneto and beyond. How do I know? On account of passing about forty of the gleaming hulks on the road home to the Langhe!

Looking ahead the encouraging news is that the hitherto dominant cooperative movement peddling a sea of mediocre wine (locally) is on the wane while single estate bottlers (exporting) are on the rise; this should be good news for quality wine and for consumers. We’re currently experiencing a change in generation (look, Berlusconi’s gone!), and hence in attitude to working the vines by hand. Domestic consumption levels have dropped from approx..100/litres per capita post WW2 to nearer 30 today.

Added to which many vineyards that forty years ago produced vast quantities of fruit, egged on by juicy EU grants and by irrigation, have fallen fallow as the same EU offers them juicy grants to grub up the very same vines! And where formerly the cooperatives had the market (and fruit) to themselves, now there’s more competition. This may come from estate bottlers, from other markets such as grape sugar for soft drinks, concentrated must for balsamic vinegar (di Modena!) or as table grapes for Eastern Europe. In effect the wine lake available to cooperatives is finally shrinking.

If only there was some way to stop the flow of bulk wine from Puglia to northern Italy and elsewhere, to allow Puglia’s nascent bottled wine industry, and true identity to flourish; until then I sense there’s a tendency for Puglia and  the rest of the south to be looked down upon as merely a resource. But then where would the big brands of the north be without the south?!

P.S. – I highly recommend visiting Lecce, Puglia, with its white stone brickwork, and if you do, suggest staying in the city centre at ‘B&B Suite 68’ (http://www.kalekora.it)

Next week I’ll introduce you to Taurasi’s Luigi Tecce and  notes from my visit to Calabria’s Cirò region, home to the exciting Gaglioppo varietal…