Bramaterra, Gattinara and Boca – the Côte Rôtie of Piedmont? 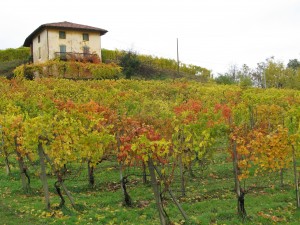 Fanciful thinking maybe, but there’s something compelling about this northern Piemonte hillside that reminds me of the Rhône’s most perfumed expression of Syrah: the combination of predominantly acidic, igneous soils, altitude, steep slopes, handkerchief-sized zones and pocket-book estates (!), the use of other grapes (Vespolina mainly) to give complexity…terroir interpreted this time through the Nebbiolo grape, or Spanna to give it its local name.

Set among forest-clad alpine foothills two hours drive north of the Langhe and near to Milan at between 400 and 500 metres above sea level, the three key quality zones of Bramaterra, Gattinara and Boca seem to delimit what was once the crater rim of ancient volcanoes that imploded many moons ago leaving behind Lakes Orta, Maggiore and Varese. Their soils are consequently a mix of mostly acidic, porphyritic rock, along with sand, clay and iron deposits depending on the region.

I say ‘mostly’ because Bramaterra, all 28 hectares of it, has a significant vein of limestone coursing through it giving extra verve to the Nebbiolo dominated wines (up to 80%, the balance being Croatina, Vespolina and Uva Rara) . Its neighbour Gattinara at 95 ha is notable for the presence of iron in its soils, imparting a spine and profundity that calls to mind the Langhe; little surprise then this DOCG allows only 100% Nebbiolo. Across the river Sesia lies the 10ha large DOC of Boca, which plays ‘Barbaresco’ to Gattinara’s ‘Barolo’, in that the wines are more feminine with raspberry-esque charm, thanks perhaps to the juicy dose of Vespolina (10%) that can be added to the Nebbiolo. Further downstream south along the river Sesia lie the other zones of Ghemme, Sizzano and Fara, breeding broader wines shaped by glacial moraine. The catch all DOC Colline Novaresi at 120 ha has the lowest percentage of Nebbiolo. Indeed it’s testament to the sense of optimism and recognition of quality that over the past couple of years the authorities have been quick to raise the levels of Nebbiolo allowed across the board.

The style of wines is shaped by the regions’ northern latitude and damp mountain climate, which is in turn offset by the warm, south-facing igneous soils. Fresher and more humid than their southern, sedimentary Langhe cousins (Châteauneuf-du-Pape?!) the region of ‘Alto Piemonte’ appears well placed as the climate changes, if dogged by hail. The higher, steeply sloped area benefits from a notable excursion of temperatures keeping the aromatics fresh, while the minerally rich soils compensate for generally higher pH, low acid wines; being rounder and softer compared to those of the zippier Langhe. 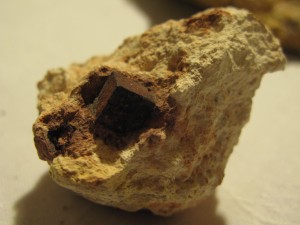 istorically the entire region is a case study is itself; a mirror of what happened in Italy in those post World War 2 years. With the economic miracle in full swing, supported by the Americans then scared by the rise of Communism, it only took two years of hail in succession during the 1950s for the next generation of contadini (vineyard owners) to flee viticultural way of life based on producing quantity from a demanding terrain; the infamous, ground-hugging ‘maggiorina’ trellising apparently struck fear into harvesters! Thousands of hectares of vine were thus abandoned, as seen on Sicily’s Monte Etna, leaving a now wooded landscape; the ancient vineyards marked by new fir plantations. They left to join a nascent fabric industry – the most sought after cashmere comes from near Borgomanero I’m told – along with that producing taps, just as those in the Langhe were seduced by Fiat and Ferrero.

The exciting news is that there are (molten) stirrings among the once carpeted hills. Attracted no doubt by juicy EU handouts (no comments pls!), the region has bounced back from an unprecedented low during the mid-‘90s and is now courting foreign investment, albeit on a tiny scale. Swiss importer turned vignaiolo Christoph Künzli bought the traditional Boca cantina of Cerri backed by an army investors (including prominent Langhe producers interestingly), renaming it ‘Le Piane’; locals greeted this with a mix of suspicion and glee (the latter on account of his ability to shake up the system, which an insider would never have achieved). Meanwhile the Norwegians have recently bought historical Gattinara cantina Nervi, hiring the famous Tuscan/Piemontese family of de Machi as winemakers (owners of Isole e Olena and Sperino). And as surely as spring follows winter let’s bet that resultant rise in vineyard/land value will precipitate a (lava) flow of suitors…as once it did in the Langhe!

There’s movement in the market for these wines too, with locals reporting renewed interest from American buyers, who once bought in bulk particularly for the East Coast; a market that as good as dried up in 2001. So now they’re back and guess what, prices are on the march too, with some properties getting away with at least 50% price increases so I’m told…again, as it once did in the Langhe. Did you hear an echo too?!

P.S. I forgot to mention that if you’re tempted to explore this area and lakes then I’d recommend staying at La Capuccina (www.lacapuccina.it)!

Next time, news ‘fresh’ from Calabria, Basilicata, and Puglia…

3 Responses to “Bramaterra, Gattinara and Boca – the Côte Rôtie of Piedmont?”