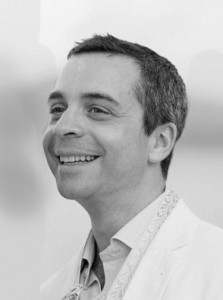 Having worked in the wine trade for over 10 years now, what amazes me is the forever growing choice of wines on offer. Not only are the goal posts forever changing with a new wine produced each year, but it’s also easy to forget about the wine’s ability to change from one month to the next (let alone from year to year) in the bottle.

Only a few times in my wine life have I come across what I can only describe as an epiphany – A fleeting moment when the wine I opened was at its apogee; the wine indeed becoming far greater than the sum of its parts.

I would say that for me this has only really occurred with wines from the Burgundy region, made from the often petulant Pinot Noir & Chardonnay grapes. These are wines that in their nature are fickle in the vineyard and in terms of balance are notoriously hard to pin down.  When the winemaker gets it right though, one can almost envisage an almost ‘Midas touch’ outcome in the bottle. The capriciousness of these wines have shown me that even from a case of 12 bottles of the exact same wine , I can be tasting the holy grail of wines one week and the next time I try it, it has closed down, allowing you just a momentary glimpse of perfection. Knowing that these wines are so difficult to produce and so changeable once they’re in the bottle makes it all the more exciting when you find an exceptional example.

For me, the most standout wine I remember trying was a bottle of 1995 Domaine Leflaive, Puligny Montrachet “Pucelles” tasted in 2003 alongside a lunch of crab and lobster purchased from a local fish counter in Chiswick. It was a hot summers day, the wine had been chilled and everything was perfectly poised for enjoying a great wine from Burgundy. I don’t think words can do it justice, and as many a classic poet (Coleridge, Wordsworth) has alluded to – science has no place in describing beauty, but here’s my best attempt: The wine shone through with velvety suaves of hazelnut, nougatine and hints of mandarin peel and lime citrus fruits. The length just went on and on and melded seamlessly with the sweet meat of the lobster and crab. All I can say is it was all there!

For that one momentary glimpse at wine perfection, it may not have been for everyone – but for me that one moment in time summed up what the enjoyment of wine is all about. Regardless of critic’s point scoring, price brackets etc, a wine can come “out of the blue” and hit the spot on all levels and is what makes me keep coming back for more as I try and discover that snapshot in time once again!

Stuart is a member of Berrys’ Fine Wine team and when he’s not at work, or enjoying new wines, he can usually be found out running.

What’s your favourite wine and why? Let us know on Twitter and you could win the chance to write in the My Favourite Wine series.