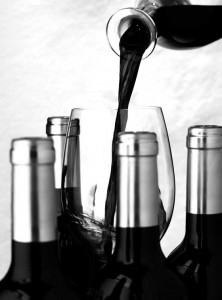 It seems as though Bordeaux 2009 dominated our thoughts and our business for a large chunk of last year, and it’s hard to believe that in just two months’ time we will be back in that part of the world tasting the highly-regarded 2010s.

In the meantime, however, Burgundy 2009 has taken centre stage in January, and, gosh, there are some glorious wines here. Visiting the region in October I was particularly taken by the comments of two top producers, neither renowned for hyperbole. Jean-Philippe Fichet in Meursault said that a grower would be lucky to work with this quality of grapes six, maybe seven times in a lifetime. Dominique Lafon, asked at what level he would rate the vintage, reflected for a moment before saying that the reds are really excellent but that some of the whites are truly great.

Tasting comprehensively earlier this month my own preference amongst the whites was for those produced in cooler sites; great value can be found in Pernand- Vergelesses , St Aubin, Savigny–les-Beaune, and Ladoix. In the more celebrated appellations there is a wealth of  glorious wines to choose from but I always seek out minerality, which for me is what defines great Burgundy from other Chardonnays. Fichet’s Les Tessons, Merlin’s Pouilly Fuissé Vergisson, Jean-Noel Gagnard’s Caillerets and just about any Corton-Charlemagne you care to name from our selection are superlative wines.

Amongst the reds the northerly villages of Gevrey Chambertin, Morey St Denis and Chambolle Musigny impressed me 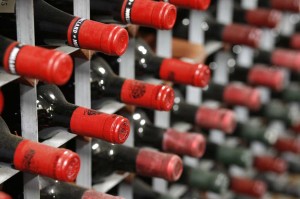 most, with the wines of Rossignol-Trapet and Clos des Lambrays especially exciting, but the overall quality is so high that it seems futile to try to pinpoint individual successes. The vintage is hugely appealing for the reds, and although they show no lack of staying power it seems that they will offer more early-drinking charm than the outstanding, but more backward 2005s. With an eye not only on the present day but also on the future, I would draw your attention to two young producers, already established as stars in their own right in the Domaines they run but now creating great reputations as negoçiants, displaying a masterly touch with bought-in grapes. Benjamin Leroux, bottling wines under his own name, and  David Croix, under the Camille Giroud label, are brilliant winemakers equally adept with red and white wines and both look destined for long, stellar careers.

Thoughts now turn to the Rhône, a region on which Mother Nature has also smiled in 2009. We recall the lovely 2007s, which were hailed as great in the South and very good in the North. 2009 is similar but the other way round, with producers in the northerly appellations this time talking of legendary quality akin to 1999 or even 1990.  Tasting comprehensively in the valley in November last year I was struck by the purity, elegance and concentration of the Syrah in the North. The confident smiles of the Côte Rôtie producers, in particular, presaged an exciting series of 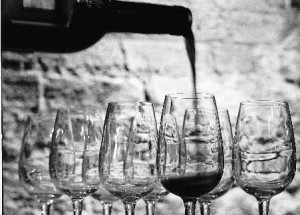 tastings and so it proved, but in the other appellations  of Hermitage, St Joseph and Crozes-Hermitage there is also huge anticipation. The most welcome and startling development has been the sudden resurgence of interest in the wines of Cornas; long regarded as rather rustic and “animal” in terms of its aromas, and excessively tannic on the palate, the Cornas being produced by a  new generation of growers now displays much more finesse while losing none of the intrinsic character of  the appellation.
The South should by no means be ignored, however, as the better producers have once again produced Grenache-based wines of enormous appeal, and at all levels from basic Côtes du Rhône through to the loftiest Châteauneuf-du-Papes.

Nor should one overlook the white wines; 30 years ago we would not have been highly complimentary about the average quality of most Rhône white wines, but the use of modern vinification techniques has revolutionised the entire category, and nowadays the traditional richness and weight of the wines is allied to a delightful freshness and vivacity. Look out particularly for the Condrieus in 2009, and, at a more modest level of price, the Viognier and Roussanne Vins de Pays and the St Peray wines, which justifiably continue to grow in reputation.

Our 2009 En-Primeur offer goes live on February 25th and I urge you not to miss out on what looks like being one of the finest Rhône vintages for many a year.

One Response to “Fine times for fine wines”