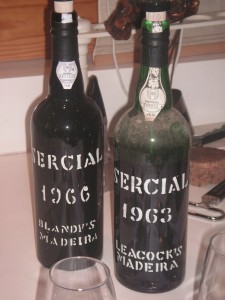 Located nearly 500 miles west of Casablanca, basking in gentle Atlantic currents (not so gentle during the recent floods) Madeira is a small volcanic island, beloved of the so-called silver tourists and of course of those who appreciate the very finest of fine fortified wines. I, for a few more years at least,  fall only into the latter category, and it was therefore a great pleasure indeed to accept a generous invitation from The Madeira Wine Company to visit the island and taste a few of these rather special wines. We were promised one or two ‘older’ examples, a promise that was honoured with a good deal of interest! Indeed the whole trip was a source of huge interest, fascination even, as one learnt the story of one of the most evocative and distinctive of all wines.

The history of the wine was in point of fact born out of an accident, as it was found that the casks of fortified wine that passed through the port of Funchal, thence stowed on the ships en route for the The Indes or The Americas, actually improved from their apparently ruinous voyage through the humid tropics. Modern Madeira is made in a way to imitate this exposure to heat, either artificially (in heated tanks called estufas) or ‘naturally’ by leaving casks under the eves of the upper rooms of the lodges ( the canteiro method). A temperate climate and extreme humidity in high summer does the rest. Depending on the time of fortification the wine is either sweet (Malvasia/Malmsey and Boal varieties) or dry ( Sercial and Verdehlo varieties). This seeming simplicity is slightly undermined by the fact that 90% of the island’s plantations are in fact the red grape Tinta Negra Mole, which is used primarily for the 3 year old blends, so beloved of our friends on the continent. 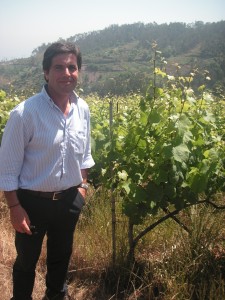 In England, however, we have a nose for the finest things and few wines are as fine, complex and intellectually rewarding as old Madeira. High natural acidity and the legacy of an essentially oxidative maturation mean that the bottled wine is virtually indestructible, even when opened. And after a precipitous visit to some of the decorous pergola-trained vineyards, it was down to the serious business of the day…the tasting. Our delightful hosts Ana Soares, Ricardo Tavares and Francisco Alburquerque (above) had, several hours beforehand, opened and poured from 27 bottles, imbuing the tasting room with heady aromas of figs, molasses and decadence.

After a fascinating  initial flight comparing generic 10 year old blends with Colheitas (single casks) of similar age,  we were straight into the vintage wines,  armed with    the advice that of the two main companies with in the group the Cossart wines would be more elegant and feminine and the Blandy  examples more  masculine and more powerful. Sometimes this was discernible, sometimes less so; what was clear however, was the incredible difference in the styles over the course of their development. The oldest and most venerable wine was from 1870, although such was its freshness and purity of flavour that had one been asked to guess its age, one may well have been a whole century out! Thankfully the bottles were all on display, lined up in their distinctive white stencilled livery, each one older and more fascinating than the last!

All of the wines scored highly …… it is sometimes frowned upon to score wines, and yet it is probably the most effective aide memoire to tease out the truth of appreciation from behind the hyperbole of the tasting note……… but some scored more highly than others, and if one had been of a mathematical persuasion, I am sure that the average score would have been higher than for any other tasting I have ever been lucky enough to attend. To mention just  a few;  Blandy Bual 1977 for its amber 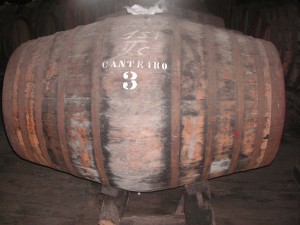 foxy colour, and amazing almost tea-like complexity; Blandy  Verdehlo 1968, high-toned, firm, stentorian; Leocock  Sercial 1966, classic rancio nose, and tangy finish;  Blandy Bastardo 1954,  tasted like Christmas pudding!; Cossart Verdehlo 1934, mahogany colour, incredible aromas almost like seaweed or Islay whisky; Blandy Sercial 1910, flinty, figgy, astonishingly fresh, Blandy Bual  1920, almost impossibly youthful…had there been a mistake…no..no mistake!; Cossart Bual 1908 , toffee apple, Demerara sugar; and of course Blandy Verdehlo ex Solera 1870 ; peaty , white chocolate, coffee and figs, playful , yet focused, sweet yet dry, of symphonic scope yet with the purity of the sonata…………this an other apparent contradictions capture the enigma that is Madeira. An enigma with plenty of variation and magic and one which I would recommend time and time again as one of the most under-valued and astonishing wines of the world.