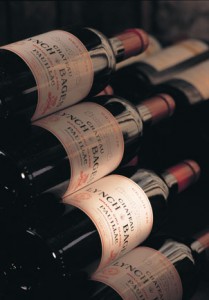 It’s been the most hectic, frantic and let’s face facts, bonkers three weeks of my 22 years in the wine business. Seventeen hours-a-day of what seemed like stratospheric prices that we shouldn’t buy at one minute, that then sell out in an hour…….I’ve never seen anything like it.

So is this insanity that’s all going to go belly up or is this a new world order for top wines and are these prices really here to stay?
I have to say, I’m plumping for the second option – we have been here before. The 1996s were double the price of the 1995s and people gasped but bought immediately.  The 2000s were double the cost of the 1996s and it seemed at the time that lynch (not Bages) mobs were being formed and we were going to head, en mass, to Bordeaux and raise the place to the ground.  But that didn’t happen and the demand was simply enormous. Then the 2005 (a finer all-round vintage than 2009 in my humble opinion) First Growths came in at £4-6000 per case, uh oh, here we go again; WMDs primed and targeted on the Mèdoc, and although in took a few months to sell, we still didn’t push the button. Now those 2005 First Growths are £10,000 a case and heading North.

So I see the prices of the 2009s as very high but sustainable and likely to rise in the short-term, as supply is minuscule and demand at fever pitch. There are several major reasons why I don’t see them subsiding: Firstly, the technology advantages are helping make far better wines than in the past; Secondly, the châteaux are holding far more stock back and dripping cases on the market rather than a deluge and, of course, why would they crash their own wines’ value? But probably the most significant factor is that in 2005 we did not have China as a massive player in the fine wine world, as we do now. What is slightly scary to me, as a wine-lover as well as a merchant, is that we have not even seen the tip of the iceberg of demand from this incredibly exciting market yet. If you think that the top 100 “brands” of Bordeaux only produce a tiddly one million cases and are actually making less year-on-year as they try and improve their already exceptionally high quality……..we ain’t seen nothing yet!!!