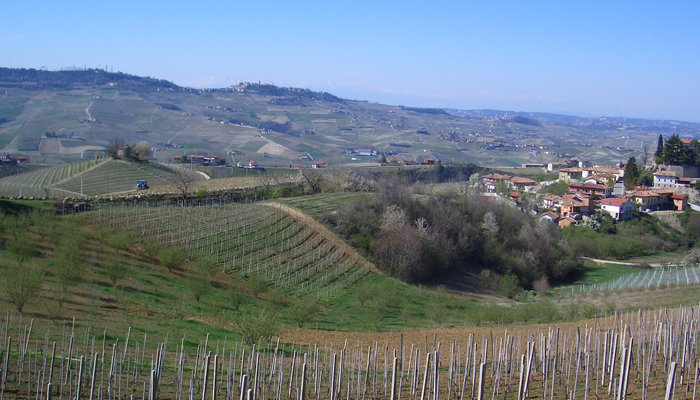 Recently returned from their trip to Piedmont, intrepid reporters, Joss Fowler, Chris Pollington and David Jones, update us on their findings. Read their reports:

To say that my trip to Piedmont was a revelation might be taking things a little far, though to say that my eyes have been opened, and that I’m a convert, would be spot on.

The best wines of Piedmont – the Barbarescos and Barolos – have something almost Burgundian to them, which might seem odd given that the grape variety (Nebbiolo) is a bit of a monster when it comes to tannin. These wines can be difficult in their youth as a result but the best have a purity and balance that reminds me of Pinot Noir, albeit with more muscle.

The wines of Marcarini are a good example. Winemaker Manuel Marchetti is immediately impressive: one knows that his wines will be good just talking to him – his manner of speaking reminded me of Nicolas Potel, though without the impeccable Franglais. He is a purist and a traditionalist: he uses no new oak, not wanting to cloak the wines in anything that might detract from the character that comes from the soil, the grapes. It works: his wines have a balance and precision that is breathtaking. A case of his 2004 Barolo, La Serra  will be making its way into my reserves shortly, where it will stay in immaculate comfort for 10 years or so….

I am very fortunate to have recently spent three days in Piedmont, tasting some of the best wines that the region has to offer. It is very tempting to concentrate on the first day of our trip, which commenced with tastings hosted by two of the biggest characters in the region, firstly, Rafaella Bologna of Barbera specialists, Braida, her zest for life and gioia di vivere is incredibly infectious. This was followed an audience with the almost legendary Angelo Gaja; quite a morning!

Monday afternoon saw us visit Bruno Giacosa and his stunning wines, before spending the late afternoon and evening with long-time BBR favourites the Cigliuti family. Their wines were delicious, as always, while the 6-course meal produced by Dina, with help from Claudia, was just delicious, and very filling!

But the second day, for me, was the most enlightening. The morning was spent in and around Serralunga visiting two producers whose wines are new additions to our range: Massolino and Giovanni Rosso. Franco Massolino’s property has a splendid location in the centre of the village, overlooking some of the best vineyards in Barolo, in particular Serralunga’s gem, Vigna Rionda. The wines he showed were superb, the ‘standard’ Barolo represents great value for money, while the three crus: Parafada, Margheria and Vigna Rionda are just stunning with great purity and depth. These wines are very much to my taste, especially as he has now stopped using barriques, letting the true character of the vineyards shine through.

It was then on to nearby Giovanni Rosso, where Davide Rosso is beginning to craft some superb wines. His Barolo Storico, made in the traditional way of blending wines from various vineyards in the Barolo region, is a perfect, and very keenly priced, introduction to his range. It is the three crus that really excite me however, Serralunga, made from 65-year-old vines in the Costa Bella vineyard, and the two single-vineyard officially recognised crus: Ceretta and La Serra (Serralunga). Here again, the wines are very much to my taste with only large oak botte being employed, but unusually from French oak grown in Fontainebleu, rather than the traditional Slavonian oak; Davide believes that this French oak is more neutral than Slavonian.

The afternoon saw us visit two of the greatest and most famous traditionalist producers, Giuseppe Mascarello and Giacomo Conterno. Giuseppe himself, the latest generation and quite a character, met us in the village of Castiglione Falletto and took us to visit the great Monprivato and Santo Stefano di Perno vineyards. Their holding of Monprivato is very impressive with perfect exposure to the sun’s rays and situated below the Ca’ d’Morrissio house that gives its name to their stunning riserva. The visit to the steep Santo Stefano vineyard with its unique soil and high position gave us an insight to this vineyard’s distinctive wines. A mad dash to their winery and a whistle-stop tasting through the range was a great end to the visit.

It was then off to the great traditionalist Giacomo Conterno, where Roberto Conterno gave us a taste of his 2007 Barbera, which was just beautiful, before taking us through the latest vintages of Barolo Cascina Francia, 2007, 2006 and 2005 – all still in large botte. The icing on the cake was a taste of the 2004 Cascina Francia from bottle – an enormous wine – before tasting the sublime 2002 Barolo Riserva Monfortino, still in cask. It will be bottled later this year.

For me, one of the most enjoyable and enlightening parts of the trip came as a result of having the good fortune to visit Cantina Bartolo Mascarello on the morning that Maria-Theresa Mascarello had opened a magnum of her 1990 Barolo. As is true of the best reds of Burgundy, it is very difficult to be able to buy bottles of great mature Barolo. The only option is to get the wines young and age them ourselves in the cellar. It is therefore always very special to have the opportunity to try a superb mature bottle and to appreciate what the young wines will mature into. This 1990 was simply sublime. It really did have much of the character of mature Pinot Noir but with typical Nebbiolo flavours and aromas of tobacco, dried flowers and truffle. It was a very special wine and one to make you want to lay down some of their young Barolo.

Cantina Bartolo Mascarello is one of the most traditional of producers in Barolo. Fermentation is done in the same concrete vats which Maria-Theresa’s father, Bartolo, used for many years, and ageing is done in the traditional huge wooden barrels of the region. They do not follow the new approach of making single vineyard Barolos, but blend together the different parcels they own to make one absolutely classic Barolo. We got to taste the Barolo from the great, recent 2004 vintage and it showed all the signs that it will age as well as the 1990 and be as wonderfully enjoyable in its maturity. There was the typical understated, elegant style of the domaine but with a touch of added richness and weight and superb Nebbiolo structure. It was exceptionally long on the finish. Fans of traditional Barolo will not want to miss this.

From Bartolo Masacrello we moved on to a completely different atmosphere. Luciano Sandrone is one of the new wave of Piedmont producers. In contrast to Mascarello’s concrete fermentation tanks and old wooden barrels, Sandrone have recently completed their purposely-designed, gleaming new winery. Fermentation is done in temperature- controlled stainless steel tanks, and ageing in small oak barrels which are a maximum of 5 years old. Their wines are very impressive and ideal for anyone looking for Baroli which has a recognisably modern side to their character. They have a highly attractive brightness and vibrancy to them which makes them somewhat easier to understand in their youth. Our tasting took place on crisp white table cloths in their magnificent new tasting room. As we found out during our trip, 2007 has proved to be a superb vintage for Barbera. We tried the 2007 Barbera which will be shipped to us shortly. It had all the sweet, juicy black cherry fruit that you want from this grape variety, plus a lovely touch of creaminess from a little oak-ageing. The finish to our tasting here was a real treat: Sandrone has recently taking the decision to keep back some bottles of their Baroli from each vintage, age them in their own cellars and then release them for sale. The bottles will have a special label to identify them. We tried their two Baroli, Le Vigne and Canubi Boschis, from the 2000 and 2001 vintages. The 2000s were delicious with soft, fine tannins and sweet elegant fruit. They are ready to be enjoyed now. The 2001s took you to another level with their darker, more concentrated fruit and powerful, structured palate. The Canubi Boschis in particular gave a sensation of power and potential to develop into a great Barolo. These special releases are something to look out for.