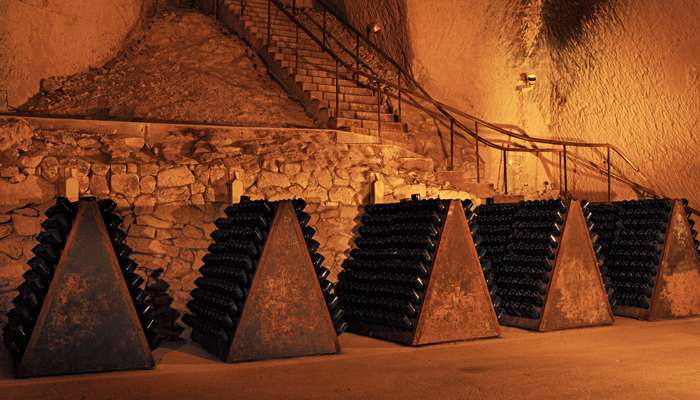 It has been clear for while that the growing imbalance between supply and demand in Champagne, fuelled by burgeoning international demand, is set to lead to shortages in certain markets, with concomitant higher prices and hopefully a more carefully selected distribution chain.

Pretty much every corner of the 33,500 hectares where vines are permitted to be planted has now been planted. A victim of its own success perhaps? A licence to print money for the lucky few? Stark economic reality weighs in favour of the cherished concept of terroir. On one side of the fence a hectare will be worth a modest €5,000 , on the other a rather more impressive € 1 million. There is clearly an argument to extend the area for the vines, modestly, but to do so in such a mannered and punctilious fashion, the process gives off a semblance of propriety rather than profiteering.

So the INAO have done the research, have employed the geologists, the climatologists, in short all possible experts and have identified 40 new communes where, apparently, the quality of the land, soil, aspect and so forth is deemed suitable for Champagne vines. Just for good measure 2 communes have been expelled; their ‘terroir’ deemed no longer, to coin a phrase, ‘fit for purpose’. A slight imbalance, at first blush.

Vines, of course, take rather a long time to produce good fruit; this addition of the number of communes from 319 to 357 will only engender suitable fruit from 2021, and logically, will  thereafter increase production by somewhere in the region of 12-15%.  If global demand continues to grow at its current rate, this will only have a minor effect in the grand scheme of things. The majority of the new communes are in the Marne Valley and in the ‘satellite’ enclaves of Aube and Aisne; none especially near to the famous Grand Crus such as Avize and Le Mesnil-Sur -Oger.

It is easy enough to snort at Tartuffian double standards and the rather belated discovery of the intrinsic merit of this new land, yet one has to remember that Champagne has built its astonishingly strong market position through the labours of caution and a disinclination to favour short term gain. One may, contrary to atavistic inclinations, perhaps, give the Champenois the benefit of the doubt  and see this expansion as both necessary and well-planned. After all, at one point, a century ago, the delimited area was almost double its current size. In that light the expansion seems modest and, dare one say it, sensible….