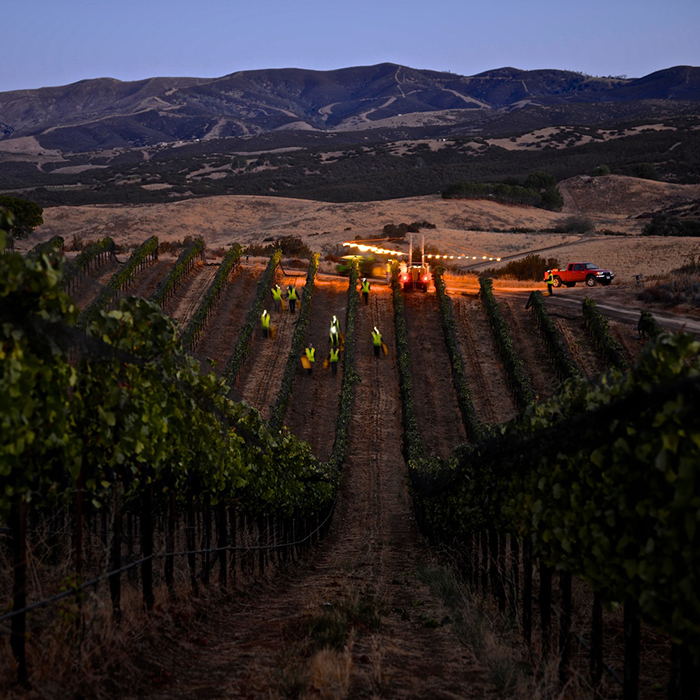 As we focus on all-things American, Sophie Thorpe catches up with John Locke, one half of Birichino, to talk about old vines and “drinking” wines

I’ve never heard anyone talk about vineyards the way John Locke does. There is a note of true affection that speaks of his absolute passion for the sites he works with. His joy as he flicks through picture after picture of stunning gnarly vines in typically Californian scenery is unparalleled; his commentary hopping from the exact slant of the slope and soil types, to a tangential anecdote, to harvest dates and the character of the resulting wines. The glee isn’t dissimilar to that of child showing off their most treasured toys.

John is one half of the impish duo behind Birichino (pronounced “biri-kino”, the Italian term literally translates as “mischievous”). He and his partner in crime, Alex Krause, met at Bonny Doon – where John worked in the cellar for many years, and Alex still works as Director of Export Sales. Knowing a little about Bonny Doon, their “training ground”, and the winery owned and founded by Randall Grahm – a long-haired, thoroughly hippy and terrifyingly intelligent philosophy grad – goes a long way to understanding the spirit behind their label. Randall is an endlessly inventive, talented winemaker whose many cuvées often wittily (sometimes mockingly) play on the ways of the Old World.

But Birichino is no lame pretender to the Bonny Doon throne – it is a wholly separate, if equally fun, offering. They focus more on vineyards rather than “wines” – working with an ever-larger handful of desirably antique sites scattered around northern California, almost all of which are vinified individually. These deliciously old, low-yielding vineyards date as far back as the 19th century – and are all still on their own rootstocks, a rarity in the modern phylloxera-ridden world (this deathly louse is lethal to vitis vinifera – and is the reason why most of the world’s vines are grafted onto other rootstocks).

They created the label 10 years ago when Randall decided to stop making the Bonny Doon Malvasia Bianca. With the vineyard up for grabs, and Alex’s love of the wine, he snapped up the fruit and roped John in. From there, the project grew, with the pair seizing contracts for special sites that they stumbled across. “There’s something about old vines that change your mind about your potential interest in something,” John tells me, considering how the unconventional, almost natural-leaning duo wound up making that most conservative of wines – a Californian Zinfandel. “I think now if someone comes to us and says, ‘I’ve got his 90-year-old vineyard of…’; we say ‘Ok, we’ll take it.’”

It’s their approach in the cellar that – for me – makes their wines so special. While Birichino works with extraordinary raw material, it is their ability to do so little with it that sets them apart – a feat that doesn’t simply mean they kick-back and watch the ferments bubble. “To make wine like this, a lot of it is the cellar crew – how topped and clean the barrels are, the temperature of the cellar, and all those little things, make a big difference. Low sulphur levels during élevage can make a wine susceptible to lots of bad things, if care’s not taken,” John says. But he’s clear to point out they aren’t “natural”, an ethos with which he has qualms, to say the least; you can’t just “let the wine do what it wants to do,” he tells me. “I mean, I don’t think necessarily a vine’s ambitions and priorities correlate to a wine drinker’s.” And, of course, some vintages they need to intervene more than others.

Each and every bottle of Birichino I’ve tasted offers enticing aromatics, a lightness of touch on the palate and a totally serious, non-demeaning “quaffability”. These are the sorts of wines that it is all-too-tempting to describe as “almost Old World” in style; a description that the pair themselves avoid at all costs, for it’s no pale imitation of Burgundy and beyond that they’re creating. There is a distinct, Californian approachability and charm, a laid-back fruit-forward style and a delicate density about them – they manage to be elegant not wan.

“We do not make ‘tasty’ wines; we make ‘drinking’ wines” John explains, describing the Birichino style. “If you have 50 wines in a big tasting, they’re probably not that showy – they’re not super big and rich, but they’re not meant to be. ‘Drinking’ wines do not induce fatigue in the glass.” Having settled down with John for a 9am tasting of the range, having shivered my way through the morning fog in Santa Cruz – not that many hours after we finished dinner – it’s safe to say that Birichino’s bottles easily meet this criterion.

Birichino so effortlessly represents what makes California so exciting right now: a new generation of truly enthused winemakers, making the most of the state’s incredible viticultural heritage, and flexing their low-intervention skills to produce wines that it’s hard not to fall totally head over heels for.

Find out more, and browse the Birichino range, on bbr.com