A year in the Rhône 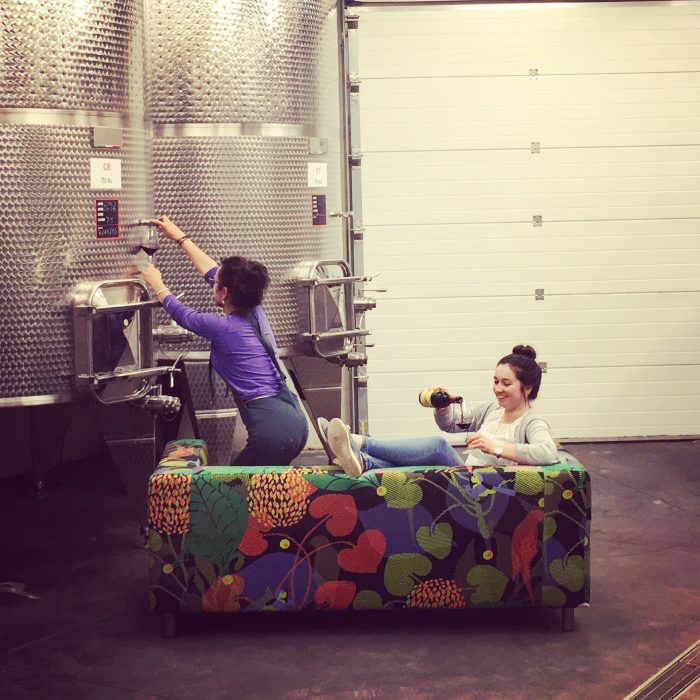 Our E Commerce Executive, Flo Fagan spent a year living and working in the southern Rhône. With our 2016 Rhône en primeur campaign well under way, she recounts what it was like to live and work there during this top-notch vintage

News travels fast in small towns, even faster in villages. Within days of arriving in Châteauneuf-du-Pape in June 2016, the village gossip was in full swing and I had gathered rather a following. “Ah, c’est l’anglaise” (“ah, the English girl”), were words I would often hear as I entered shops to run errands or as contractors arrived for business meetings, all people whom I’d never met before. I soon realised that being female, under 30 and worst of all English, meant that I garnered a certain notoriety in this Southern Rhône village.

Having worked for a small family vineyard as the cellar door tasting girl for a couple of summers whilst at University, the owner of Château Fortia contacted me and invited me back to work full time in the position of Sales, Marketing and Administration Manager. Full of ideas, ambition and enthusiasm, this was an opportunity too good to turn down. Little did I know quite how character-building this experience would be. Alongside the winemaker and vineyard manager extraordinaire – also female, under 30 but luckily not English (perish the thought) – we quickly formed what we decided was a dream team and aimed to take this vineyard to new heights. 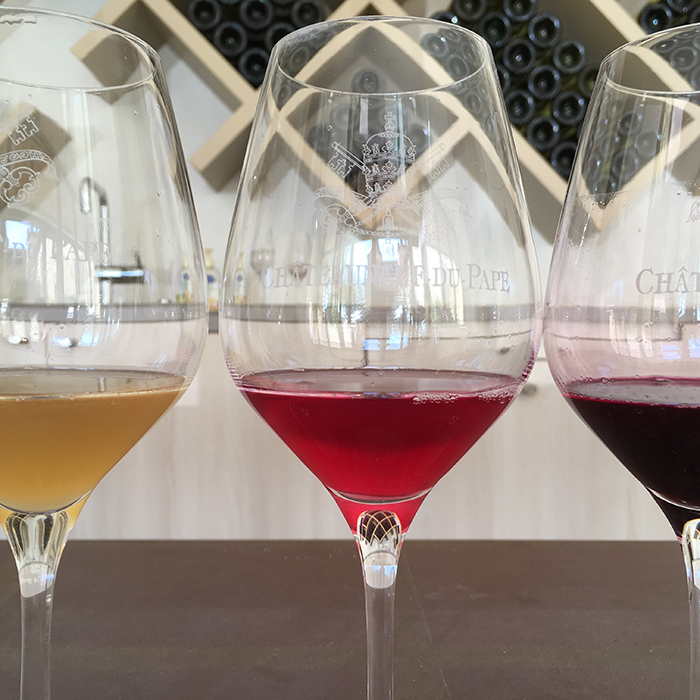 After a couple of months needed to settle in, learn the ropes and navigate the peculiarities of the French systems (bureaucracy at its very best!), the much talked about 2016 harvest was upon us. Early mornings and late nights ensued, but much fun was had with a great team of harvesters from all over the world. The promise of the 2016 wines was clear from the outset, as judged by our daily tastings from the juices straight out of the press during the harvest, right through to their ageing in barrel and eventually bottle.

As autumn ended and winter grew closer, the winemaking continued and other projects ensued: tastings all over the world with importers, blending, bottlings, our cellar door renovation project as well as the day-to-day running of the vineyard. I quickly learnt that you had to have a thick skin in this industry with negotiation, rebuffs and an array of interesting visitors becoming part of daily life. Some of my favourite moments were spent with visitors, who came to immerse themselves in the winery and vineyard (and in some cases perhaps over-immerse themselves in the wine too!) The look of relief on the faces of the anglophones trying their best French as they came for a tasting and the sheer relief when I responded in English was palpable. I was told on several occasions that I spoke very good English. You’d hope so! And conversely the look of horror on the faces of die-hard Châteauneuf-du-Pape fans when they realised that an “anglaise” would be showing them around – quelle horreur. 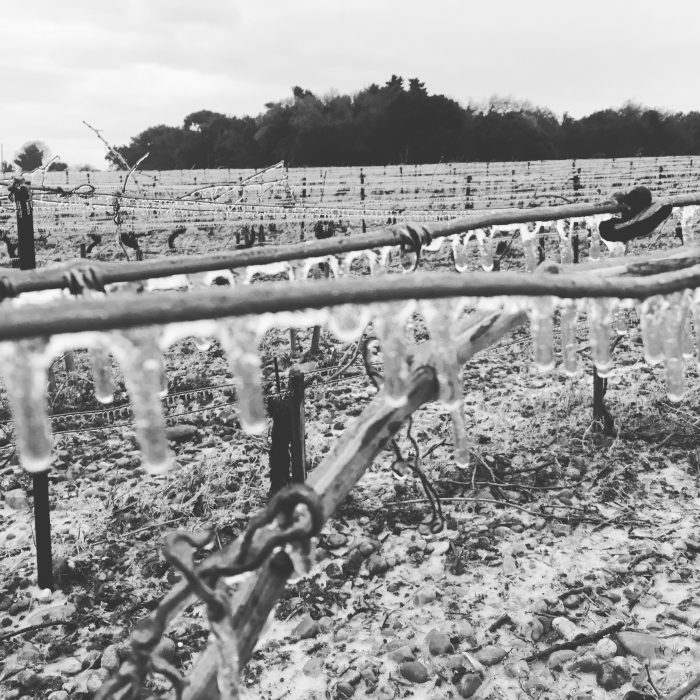 Frozen vines on the estate, January 2017

Châteauneuf-du-Pape holds an interesting place within the Rhône valley. It is the flagship appellation of the Rhône valley and produces more wine than the whole Northern Rhône put together. Châteauneuf-du-Pape, and more specifically, Château Fortia also harbours one of wine’s greatest histories. Baron Le Roy de Boiseaumarié ran Chateau Fortia with his wife Edmée who inherited the domaine from her father, from the early 1920s to the 1960s. During this time, wine fraud was a huge problem as there were no laws or regulations in place to protect different regions. Aware of the quality of the wine being produced in Châteauneuf-du-Pape, the Baron, who was a trained lawyer, developed the notion an AOC – Appellation Origin Controlée – designed to protect and delimit different wine regions. Châteauneuf-du-Pape was named the first wine appellation in 1936. Baron le Roy became affectionately known as the “Pape des Vignerons”, the “Vignerons’ Pope”.

Working at a domaine with such a rich history was a challenge but also an absolute pleasure. The world of wine is full of juxtapositions and it is a continuous struggle to strive for modernity, with experimentation and new winemaking techniques constantly being developed, whilst also staying true to tradition and history. My time in Châteauneuf-du-Pape and the 2016 vintage is one that I will never forget. I’ve got a few bottles tucked away and I plan to open a bottle in 2026 to mark the 10-year anniversary of my time there and raise a glass to the Baron and all the wonderful people I met and worked with. Until then, santé!