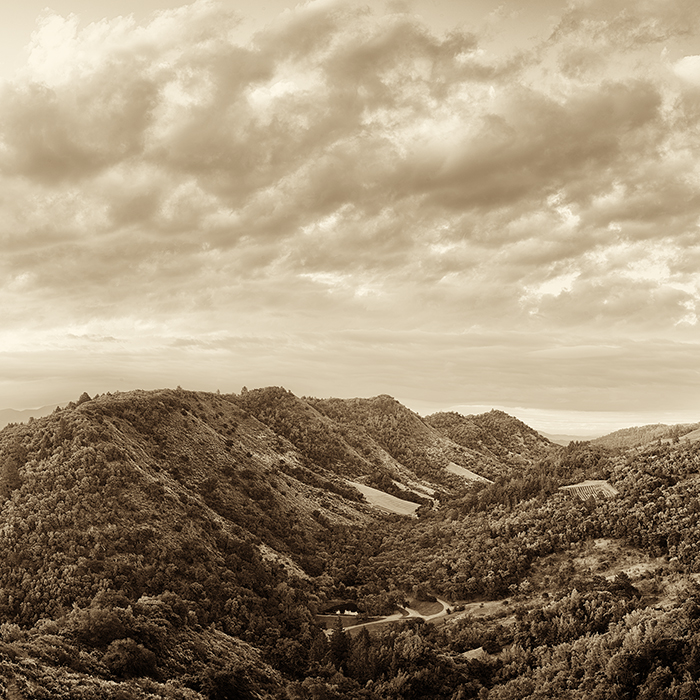 This coming Monday, the much anticipated Promontory 2012 will be released. We sent Sophie McLean to meet owner Will Harlan to gain further insight to this all new Napa “territory” wine

“You have to drive up a single dirt track,” says Will Harlan as he describes where his vines are. “It’s the first natural break in the Mayacama range.”

Will is only son of Bill – perhaps one of the most famous people in the Napa Valley, known for his characterful persona and well-documented creation of cult-Cabernet winery, Harlan Estate, founded in 1984. “Promontory” is the Harlan family’s latest project – one that embraces a whole new Cabernet identity brought about through more unusual Napa Valley terroir.

The Promontory wines come from an area just 500m from Will’s father’s estate, somewhere Bill first found while out hiking, back in the 1980s. Then, the vines weren’t yet for sale, but had been coveted by him for hopeful acquisition ever since. Today, although only four vintages have so far been made (the 2008 was not commercially released), the wines command an average of £500 a bottle.

Custodian of this new “territory” is Will. He walks me through photographs of the area painted in emotive sepia; landscapes that betray a series of the pockets of vineyards that he so concisely describes. Set high up at angles of 500-1,100ft, the ground here looks altogether unforgiving, a sentiment reflected when asked if it is all hand-harvested. “Pretty much everything,” affirms Wine Director Cory Empting, not a little un-wearily.

Such efforts, however, are clearly worth it – and are evidence of how the project has been handled from the get-go. In the first years of conception, the excitement was over the soil: “To begin with we dug 20-30 pits,” says Cory, the soil science and agricultural studies graduate “moving to over 150 pits before [we made the] final purchase”. The site is more than 840 acres large, but only 80 acres of these host vineyards – the rest is made up by forest. The soils that sit under these vineyards are not only sedimentary, from the ocean floor, and volcanic (as at nearby Harlan Estate) but also – and this is what makes this area unique – metamorphic too “we found schist and shale and marble”. This is very unusual, especially when found here together on one single property.

It was “a place that really moved my dad when he found it,” says Will, “because it is so hidden, you feel like you’re a million miles away from civilisation.” 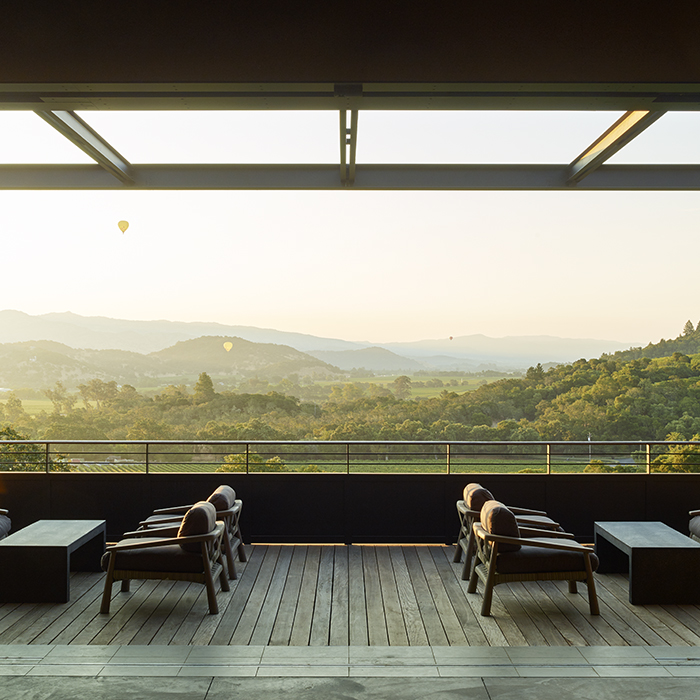 Promontory’s name is derived from the natural buttress that separates the view from the rest of the valley. Behind it lies the vineyards, planted in the 1980s but, until more recently, never farmed with the intention of producing fine wine. The “wild” character of the area is further captured by the appearance of bobcats, coyotes, bears and mountain lions, caught on film by motion-sensory cameras. Not a pest to the vines, fortunately, so they assure me. All this certainly creates a different feeling to Highway 29’s more manicured lawns.

The wine is named simply Napa Valley: “we don’t use the word estate with Promontory,” says Will, “not on the bottle, not anywhere. We call it ‘territory’.” Equally, they avoid using the word “Bordeaux”. “We felt it deserved to have its own identity.” The style is different; atypical of a more recognisable “Napa Bordeaux Blend”. Morning fog here is a big deal. Indeed, we discuss the similarities it has with Piedmont and it’s well-recognised nebbia – an influencing factor further backed up upon discovering they use giant Austrian oak foudres in the winery for ageing prior to bottling. For vineyards too that are mostly, and unusually for California, east-facing, the vines here have “fresher, cooler exposures that catch the early morning sun”.

Why Cabernet? “We’ve tasted Cabernets from Napa from the ’40s and the ’50s and the ’60s which are still showing well today. Cabernet is Napa’s variety. It shows the place in its most transparent,” says Cory. This conviction must be serious – one that has led to embarking not only on a 25-year-long replanting programme (currently in year seven), but for the creation of this “territory” wine that was first conceived 25 years ago. “We’ve fallen in love with these small pockets and are still discovering what that potential is.”

Will conveys a (globally toured, well-tuned) excitement on this fortune at “finding an old vineyard and nursing it back to health.” Bringing something almost lost, back to its greatest potential. He, in turn is using his own skills to that end. “I found my way back into the family business by accident.” His background is both in Tech and Philosophy, studied the other side of the country at Duke University in North Carolina. These subjects are something he doesn’t attribute to being too “winey”, but whose latent influences I can’t help but think have played their own parts in all this – using Napa’s “natural” technology. 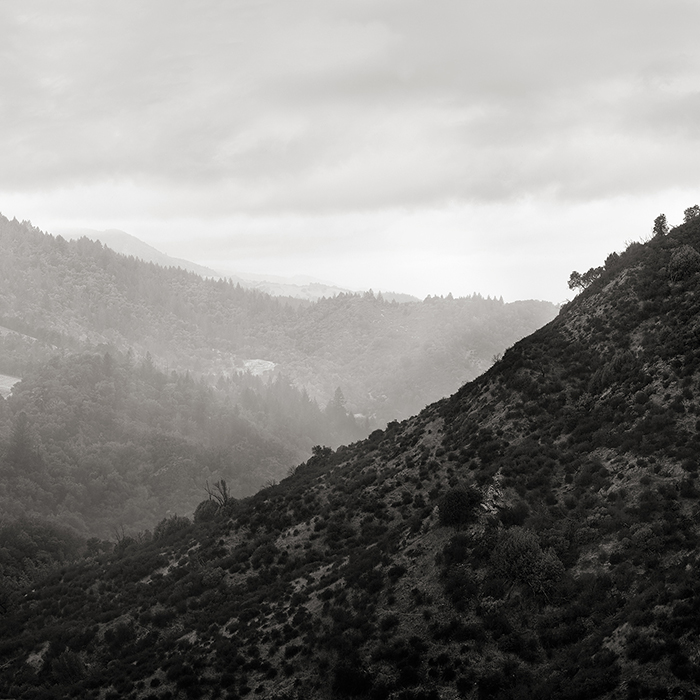 Asked if he knew he wanted to work in the wine industry himself, he says: “My dad always included me on conference calls from a young age, and I would attend some of the blending sessions for Harlan Estate while I was in school.” Will started his own project when he was just out of college – something with its own distribution, built on his own Silicone-Valley-grown relationships. “We had a small following,” he says, talking about his “The Mascot” project – one very clearly different to Harlan Estate. “Young vines don’t have the same attachment to the place just yet.”

The Promontory project feels altogether much more grown up. Much more serious. Winemaker Cory backs up this impression, commenting on his first encounter with Bill Harlan, when he began working at Harlan Estate as an intern aged 20. “He asked me, ‘what was my 200-year plan?’” He adds, “he is demanding, difficult and driven, but he pushes you into thinking on a scale that the world can’t yet see.” A job where “you have to think beyond your own lifetime”. This longevity of enjoyment and sustainability is echoed when we talk of the great accolades already festooned on the Promontory wines (by Robert Parker and otherwise) – enforcing a sentiment that, while they are laying the groundwork for future generations, influencers on taste too will change, and as yet, remain undefined. “We don’t have a style in mind” [but] “we have the potential to go beyond anything that we’ve done before.”

In their own words, this could be “the birth of one of the biggest wines in the world.” We await the wine, and the future, with intrigue.