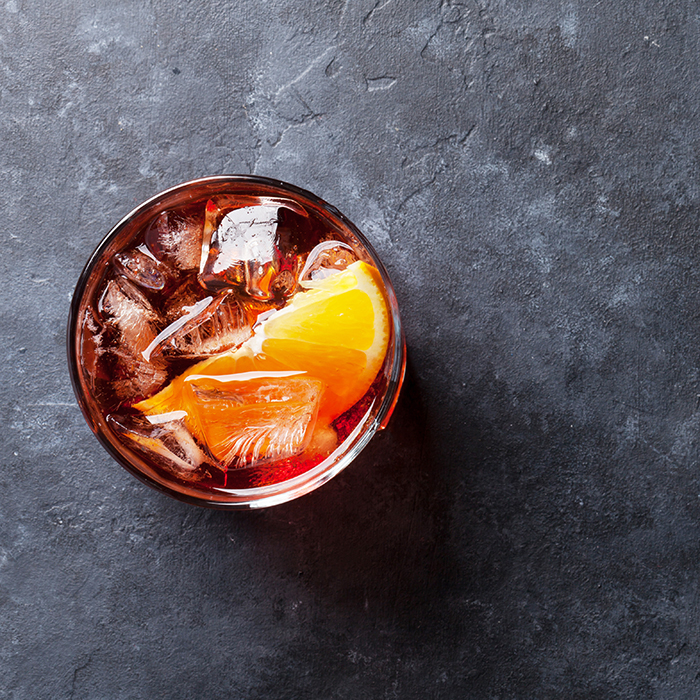 Vermouth – the hauntingly herbal element that elevates gin to a Martini – is extremely à la mode. Here our Spirits Specialist Rob Whitehead reveals the drink’s appeal – both on the rocks and in classic cocktails

While it would be preposterous to even attempt to be certain about such things, it’s not impossible that my first ever taste of fermented grape juice was not wine or brandy, but vermouth, thanks to my dear Italophile mother’s predilection for a miniscule glass of hugely sweet red vermouth before bed on a cold winter’s evening. Thoroughly enjoying the taste, I was perhaps not yet in the stage of my life where I thought to enquire much further beyond simply the name of this elixir, which was, of course, that of the most successful commercially available Italian Rosso vermouth.

Some while later, I made my first forays into working in this glorious industry and learnt what Vermouth actually, unromantically, is: a fortified, aromatised wine. It can be red, white or rosé, with the traditional trend seeming to be towards drier white vermouth from France and sweeter red vermut from Italy and occasionally Spain. It can be fortified, lightly to around 15 percent alcohol, or more weightily towards 20 percent, and aromatised (that is flavoured, to you and me!) with any number of fruits, leaves, herbs, roots, or spices from the great pantheon of plants, usually by maceration.

As time passed (including a particularly diverting project to find which particular dry white vermouth paired perfectly with our fledgling No.3 Gin when it was launched), I became aware that some of our closest friends in Spain, Sherry supremos Bodegas Emilio Lustau, were producing exceptional vermut. These are, crucially, made from a base of Sherries, avoiding a problem that I often consider to mar a lot of Vermouth. Many are made with very thin base wines that are aromatised nicely, but then rather clumsily fortified with raw spirit, leading to gustatory clashing, incoherence and ultimately rejection.

Both red and white variants are admirably capable of filling two much needed niches in my mother’s modest drinks cabinet.

The nose is richly citrus-scented, with alpine floral notes slaloming hither and thither. The palate is enveloped with the velvet-cushioned texture of Moscatel, but only a touch of the sweetness, playfully batted away by beautiful bitterness from wormwood and the refreshing moreishness of top-class chamomile tea or Fino Sherry. With this as my apéritif, feel free to drop my plate on the way to table, I’ll have another glass (maybe even topped up with good tonic) whilst I wait!

Stir ingredients in a mixing glass over ice, then strain into a chilled Martini glass or coupe. Squeeze a twist of lemon peel over the drink to extract the oils and rub on the stem of the glass, then drop into the drink. (Purists may prefer the Dukes method, found here.)

The nose is full of cherry and Sherry, both of which carry through onto the palate, to be riotously joined by blood orange, prune, fennel and encroaching wormwood, meaning a deftly balanced finish, successfully tip-toeing the tightrope of too much tartness. This is just the thing to pour a reasonable glass of and make oneself comfortable after dinner as the evening makes peace with itself.

Stir over ice in a tumbler and garnish with a piece of orange peel trimmed into a twist – squeeze over the drink to extract the oils and essence, then drop into the drink and stir.

Pick up a bottle of either of Lustau’s Vermuts online or in-store. You can also taste both in the Enomatic machine at 63 Pall Mall.