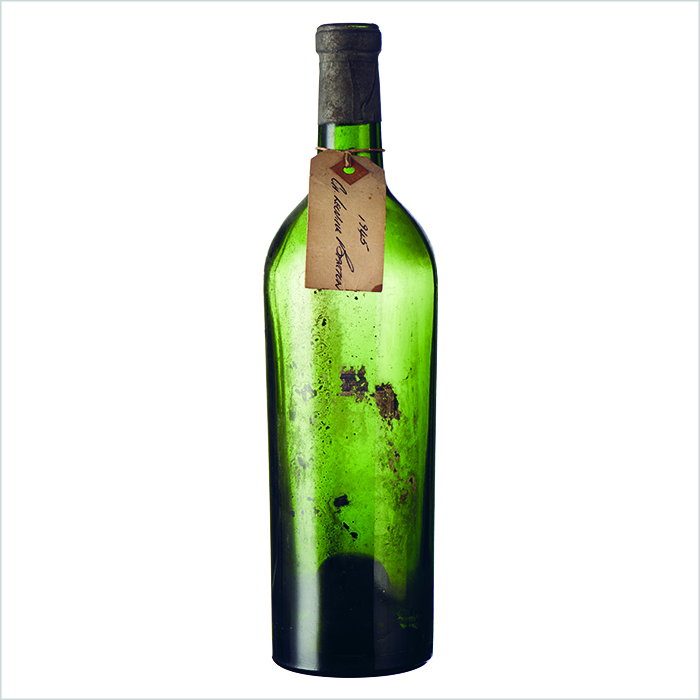 We are surrounded by our vinous past at No.3, from the still-unopened bottles that lie in our cellars to a handful of rather special empty ones which have been preserved. One such is a 1945 Ch. Léoville Barton. Here Anthony Barton, the Irish-born, octogenarian owner of the illustrious château, tells us something of this extraordinary vintage

It gives me the greatest pleasure to have an opportunity to write a few words about one of my favourite vintages, 1945. Alas, we have very few bottles of Langoa and no Léoville Barton waiting to be enjoyed, but there is no doubt that this was and still is an amazing vintage not only because of its quality but also because of the circumstances that surrounded it.

Even though it has been said that statistics are like the bikini – they give one ideas but hide the essentials – I would like to share some details about the weather leading up to, and during, the harvest:

What strikes today’s winemakers is the early date of picking; this was pretty widespread and, even in great years such as 1959, picking was finished in the early days of October. The trend to pick later has continued and in the excellent vintage of 2016 the Cabernet Sauvignon was not touched until 5th October.

But, to return to 1945, the production of wine had continued throughout the German occupation but no good vintages were produced. Our records do not show how serious the labour problem was, and of course it was difficult to obtain the necessary products for treating the vines against mildew and other diseases. In spite of these setbacks, and without a particularly good summer, the proof of a truly great vintage is still there and it is thrilling to enjoy some 1945 wines which are still rich in flavour and show no signs of retirement.

Of course, I know our wines better than most – even those that are nearly all consumed leave behind such happy memories. One particular event remains very much alive. In 1995, Sir Christopher Mallaby, the British Ambassador in Paris, had the brilliant idea of celebrating 50 years after the war, serving only 1945 wines from top châteaux – including Léoville Barton. They were all magnificent. He also served a 1945 German white wine, as the owner had deserted his defeated army just in time to harvest the vintage himself. One French guest attacked me after the dinner saying, “That was a strange idea of your Ambassador to include a German wine on this occasion.” Without much time to reply I said, “I know what you mean, but without the Germans we would not have a war to celebrate the end of.” He gave me a strange look and said, “Sorry, I forgot you are Irish.”

This article was originally published in No.3, our magazine.