From Pétrus to Priorat: Álvaro Palacios 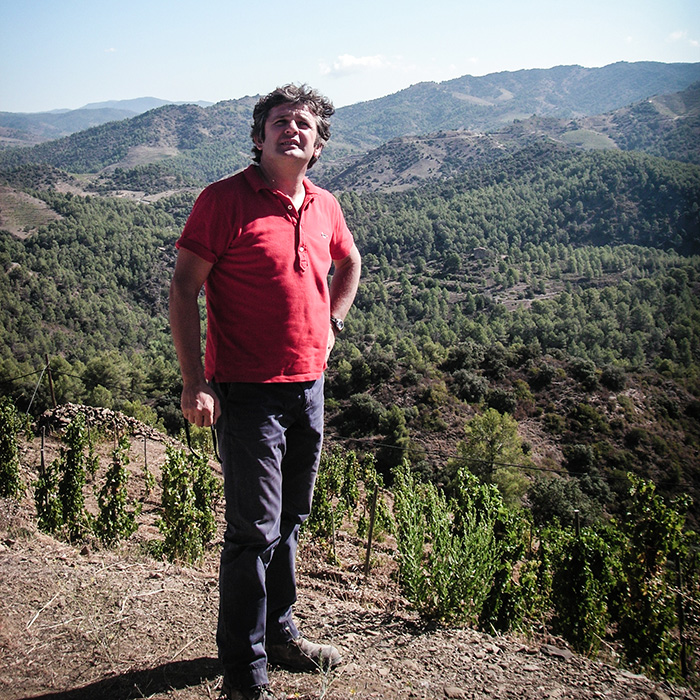 Winemaker of the moment Álvaro Palacios joined us earlier in the week to taste through the range of his 2015 wines. Having just been named Decanter Man of the Year 2015 and The Drinks Business’s 2016 Winemakers’ Winemaker Award, expectations were more than usually high – suffice to say, we were not disappointed.

On terroir: I came from Rioja but it was in France that I “opened my head” when I worked for Pétrus; then I developed a crazy passion for Burgundy, for the skills and the traditions – so when I returned to Priorat and Bierzo, it was with this crazy passion for terroir.

On winemaking in Spain: My belief and faith has always been that Spain is like France and Italy – large blocks of wine production, but Spain was forgotten – if we go back to the 17th, 16th, 15th centuries then Spain has been one of the greatest wine territories. Only now is it once again opening its wonders to the world. My faith has always been based on the fact we had the same ingredients in Spain as in France and Italy.

On his Valeria: In Rioja Oriental, we have soils with clay and bubbles; red clay and iron usually at the surface to around one, or one-and-half metres and then normally very white soil, chalk, and then red sedimentary soils. In Valeria, it is both the altitude and the soil that work as limiting factors, with 20cm only of red soil. The result is a delicious, fluid wine with expressive character – Garnacha in its most tender expression with red cherries, strawberries and caramel. It’s a wine that’s thin, like a river, it’s not deep – but it is wide and it builds and builds. This year, we have 2,200 bottles, as there was a little Tempranillo in the vineyard which has been grafted back to Garnacha.

On Bierzo: This is a legendary old wine region, with a huge oceanic influence. The rain average here is greater than in Champagne or Burgundy, sometimes up to 1,000mm a year. There are bodegas here dating back to the Iberians and the Romans; it has always been a place of wine, and of pilgrimage – it is the last settlement of rest and has many monasteries and hospitals.

On L’Ermita: Priorat means priory and this land used to be dominated by a feudal system controlled by the monks up until 1838, when the people rebelled and attacked the monks. For me, it gives you a lot of confidence, because in all the best winemaking books you’ll find religious references.

L’Ermita is like a glacier in the middle of Priorat, green slate with aluminium, zinc and two big horizons of granite, so the soil doesn’t get the temperature: to drop the acidity down takes time. Since 2006, L’Ermita has been made exclusively from grapes in this vineyard. The 2015 was a warm vintage: it’s elegant and delicate, an elixir, when you drink it it’s not only on the palate that you feel it. There’s a purity and pureness of fruit that’s hard to describe.

View a range of back vintages from Álvaro Palacios here; or read more about this remarkable winemaker here.