Sheep, vines and sparkling wine: Nyetimber in the summer 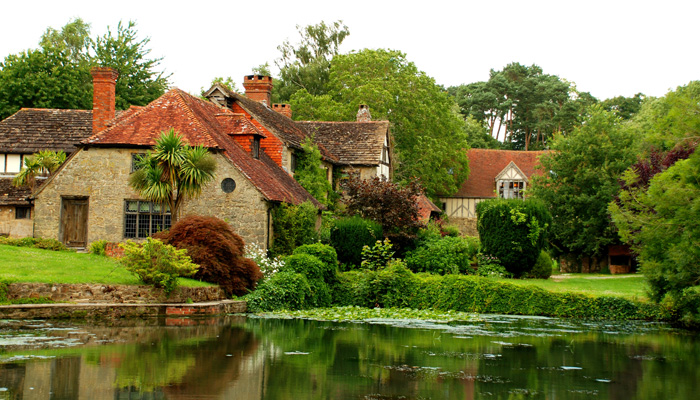 I’m sure the question “what does my Wine Merchant do during their holidays?” isn’t one which often crosses your mind. But this summer I happened to be in the very epicentre of English Sparkling wine production for a few days, and the very welcoming people at Nyetimber in West Sussex happened to have an open door…

The extremely affable and hospitable Julian Kirk, Head of Sales for Nyetimber and his colleagues very generously made time to show myself and the Good Lady Wife around the gardens, vineyard and tasting room at Nyetimber.

The Nyetimber estate was established in 1986 by Stuart & Sandy Moss, who made their first wine in 1992. This means that Nyetimber are now home to some of the oldest Chardonnay vines in England, not much however, a Burgundian sized parcel you might suggest – just five vines! In contrast to this, the estate now covers some 150HA over six sites in Hampshire and eight sites in West Sussex.

This might seem licentious, but I cannot over emphasise the care and attention that Pascal Marty and his Vineyard Team lavish on these sites and the painstaking attention to detail that they pay. A perfect example of this attention and in fact the overall philosophy is the Nyetimber practice of “cover cropping”, a superb way of regulating the vigour of the vines by planting or allowing wild flowers, grasses to grow in the space between vine rows. However occasionally, and often in the winter, this needs to be cut. Many a vineyard manager would merely draft in a tractor and mow the lot, a very cheap and effective job. “Done!” He would exclaim and dust his hands.

Not so at Nyetimber: a local flock of sheep are brought in for the winter to each vineyard site and duly do their duty, mowing and ahem, ‘fertilising’ the vineyard in the process. But even these are not any old sheep, specifically they are 2 and 3 year olds – unlike to suffer the loss of separation from mother and importantly unlikely to do any lasting damage if they knock a vine. This typifies nearly all of the work at Nyetimber – maximum consideration for the resulting quality of the wine the environment, all with near complete disregard for the actual financial cost.

The tasting room at the estate are amongst the best I have visited in any fine wine region I can recall. A great balance of interior design, historical respect and that very English of things – a fine view of the formal gardens. This somewhat sets the scene I hope.

Highlights of the tasting bench: No easy task as this was hugely enjoyable (let me say not all tastings we have to do are… no names, naturally…) First on the chart has to be the new Classic Cuvee. ‘New’ on two counts: it is Cherie Spriggs, the new Head Winemaker’s, first full cuvee and it also features new packaging. As you would expect, this is effortlessly easy to drink, a true “Champenois-basher” even, if you write headlines for the daily papers. More seriously, this is capable of at least five years in the cellar and this is not too fresh, nor over dosaged, nor too earnest – this has a very healthy degree of good ‘ole drinkability, by the spade! 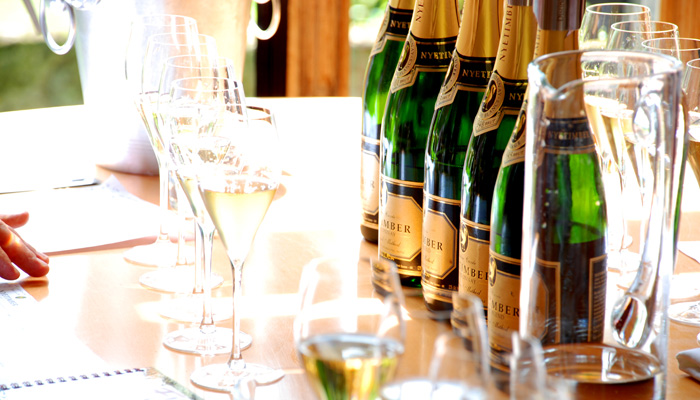 1996 is a vintage which makes you sit up and pay attention, always has been, always will be. Champagne & Bordeaux both did very well, but in England – really? On the strength of Nyetimber’s Blanc de Blancs it would seem so. Touches of honey and marzipan draw you in on the nose as you would expect, but the texture and quality of the palate is truly fantastic. At a blind tasting, you could very easily mistake this for a major Champagne house’s tete de cuvee – that says an awful lot. So, bearing that in mind, as well as how far the Nyetimber story has come on since 1996 – what will the great vintages of the late 2000’s bring us once mature?

I hope this brief blog encapsulates my view of Nyetimber – lots of care, money and brain power is being lavished on small areas of Hampshire & West Sussex to produce world class wine. It is good, very good now, but once the sum of these efforts really take effect and the right vintage conditions come along then we’re all in for a magnificent treat and a sight of just how good English Sparkling Wine could be.