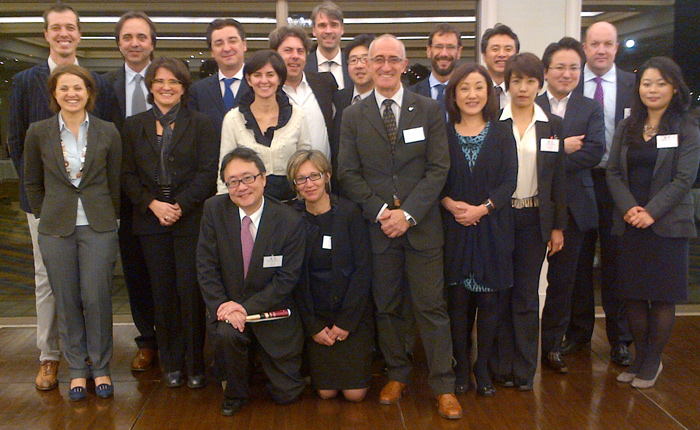 For years I’d been told how the Japanese really ‘got’ Italian wines, gastronomy, fashion and culture generally. Indeed for many fine wine producers over the past 20 years Japan has become one of their top export markets. This was my first visit, proudly leading a group of Berrys’ suppliers: the Langhe’s Manuel Marinacci, Gianluca Viberti (Casina Bric 460), Mario Fontana, Davide Rosso, Lena Oddero (Vigneti Luigi Oddero), Veneto’s Luca and Giuli Ferraro (Bele Casel), Sara Carbone of Basilicata and Puglia’s Paolo Benegiamo (L’Astore Masseria) to what is evidently a very special country, with its deeply ingrained culture, where rich, ancient traditions are respected and valued. It was a humbling and enriching experience that challenged the (conceited?) preconception that West knows best.

One taste of Japan’s fabulous gastronomy, of its delicate, sapid sushi and sashimi dishes, instantly communicates their passion, understanding and reverence for eating and drinking well. I loved their salty ‘dashi’ stock sauce, the essence of which reminded me so much of many fine Italian wines, such as Monte dei Ragni’s Valpolicelle and Sergio Arcuri’s Cirò to name just two. In fact such is their love of Italian cucina that you quite likely to find a Japanese sous-chef lurking in the kitchens of many of the country’s top restaurants. Take for example Mr. Tadato at Kyoto’s ‘Trattoria dei Cacciatori’, who trained with the famous Cesare Giacone at the Langhe restaurant of the same name. The lunch he treated us to was the equal to if not finer than anything you’ll find actually in the Langhe, respecting traditional ingredients and techniques; the gnocchi topped with freshly roasted (Langhe) hazlenuts a standout. 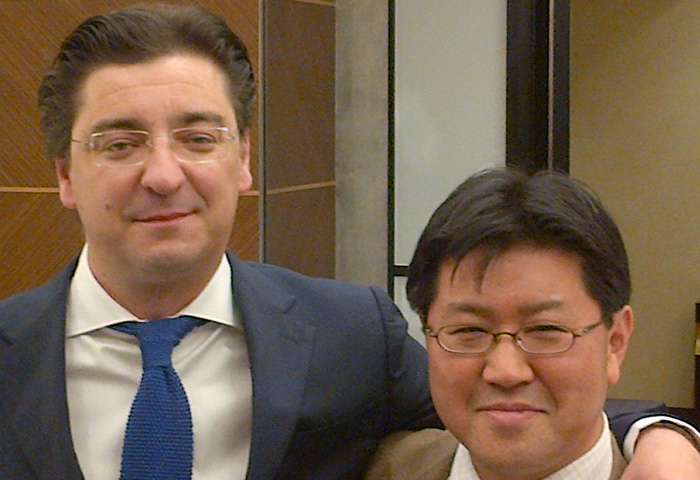 I admired the way in which they approached and tasted the wines at the various events. There was no talk of points or scores, for the Japanese evidently have an innate sense of good taste, possessing great sensibility to detect nuance and true quality, as they do with their equally fine teas. Such a refined palate has consequently led them to appreciate Burgundy’s Pinot Noir and Piedmont’s Nebbiolo. Their respect for artisan products clearly showed as they ooohed and aaaahed over the tables of authentic wines from Berry Bros. Italian producers, including those from Luigi Tecce (Campania), Badia a Coltibuono (Tuscany), G.B.Burlotto (Piedmont), Cascina delle Rose (Piedmont), La Serena (Tuscany), and Monte dei Ragni (Veneto).

Expertly organised by the Berry Bros. & Rudd Japan team, I would like to think that the presentation of our Italian artisan producers found favour with many Japanese consumers present, who are increasingly weary, I understand, of globalised, faceless wines.