In Their Own Words: Harvest 2012 Reports from the Loire, Alsace, Austria, Germany & Italy 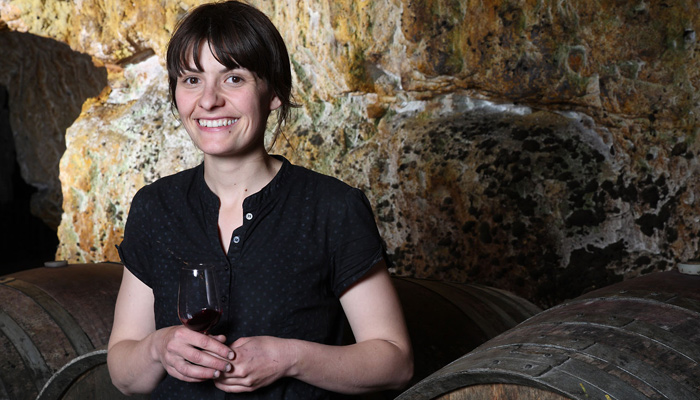 Stéphanie Caslot, Dme de la Chevalerie, Bourgueil, Loire, France : ‘It started with a little frost on a few parcelles  of gravels on april 16th – bad news but nothing too serious in comparison with some other vineyards of the region – then we had a rainy spring with some very localized hail stormed. We had 80mm of rain each month from May to July : the disease pressure was really high, mildew on the leaves and a little on the grapes – we did 14 treatments (one every week and a half). To complete the story, the flower in june suffered of coulure because of the wind and the rain.But the sun arrived in August and the rain stopped, the weather was very clear with a nice light and quite warm Until now.

This week we had the first few mm of rain since a long time and it is not bad. The weather is now (22nd Sept) cooler but shinny during the days  – today is the first day of autumn – so it is quite normal. The nights are now very cold. We plan not to pick before october 15th. Because of the weather in june the grape maturation is not homogenous and because of beginning of the season there is not much production. Probably 30/35 hl/ha yields. Apart from that we should have a nice quality of harvest. The skins are thick and strong, the acidity levels so far are still high, the potentiel alcohol is already quite high around 11%  three weeks before picking. Now we have to do our best to have a good maturation and wait as much as we can as much as the weather let us. It is going to be une année de garde !’

David Sautereau, Crézancy-en-Sancerre, Loire, France: ‘yesterday 24th September was the official start date of the harvest (the ‘Ban de Vendanges’) Winter had been drier and warmer than average until February, which saw two weeks at – 13° C! It rained 140 mm in April, 50 mm in May, 110 mm in june, 58 mm at the beginning of July and then from the 15th – no more rain! We didn’t suffer from winter or spring frosts as per other regions. A warm March kick started the vines. Flowering began in June but was disrupted by cool, damp weather, resulting in ‘coulure’ and ‘millerandage’.The damp, cool season brought on both mildew and oidium. The fruit is ready to be picked today, on the 24th Sept, but I think I will wait and see what the forecast holds for the week of 1st October. The health of the fruit is very good; the grapes being still fleshy. Given the weather this year we are expecting fruity and aromatic wines (cool year, slow ripening). Due to the summer dryness and freshness, the acidity level is good while the gradual increase of  ripe sugars is a sign of a balanced and fine year.’

Lucas Rieffel, Mittelbergheim, Alsace, France: ‘Spring was particularly rainy here inAlsace. As a result, the mildiew pressure was high and the flowering conditions very bad. The bunches are loose with a lot of small berries, expectation of low yields.Luckily, the weather turned much better in the biginning of August, the north wind dried the vegetation avoiding Botrytis developpment, and we are now full of hopes for this vintage, even though there won’t be many wine. We started picking the grapes for Crémant this week, the alcohol level is excellent, as well as the acidity.The pinot blanc and auxerrois and the muscat ripened quickly in the last 2 weeks. We will pick Muscat tomorrow.

The pinot noir and pinot gris will re ready next week.The riesling look really great, we will wait at least another 2 weeks before picking.’ 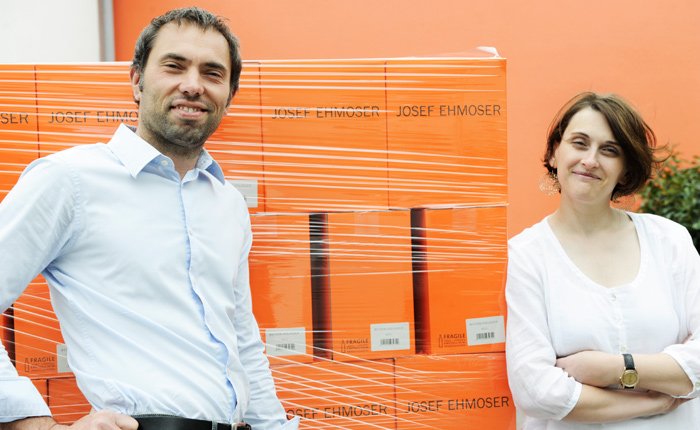 Martina & Josef Ehmoser, Wagram, Austria (pictured above): ‘The winter this year was very dry and without snow. December and January were warm and soft temperatures. Then beginning of February we had 2 weeks with very cold and frosty temperatures. We had about -20°C. In our vineyards we only had light damage. Bud break was early and on the 18th May we had late frost of -4°C. Fortunately all our vineyards are on the top of the hills and therefore we had no damage. On the 12th June flowering was already over, signalling an early harvest, again.Spring was very dry too, and we had a good summer: at the end of June we had 2 weeks which were very hot and also end of August we had very hot time with up to 37°C. Fortunately always with a little rain.

Until 11th September we had good weather with warm and sunny days but also with cool nights; something that’s typical of the Wagram region, helping to keep the grapes‘ aromas and the freshness. On 12th September we started harvesting and then on the 13th we had a break, because it started raining softly. To have a bit rain is good for acidity.

At that moment we can say the grapes are very ripe at this point, because of early bud break and very warm time especially in late summer.. The grapes taste very ripe, but fresh and crisp. The leaves of the vines are still very green. We have average yields this year, not much and not less. Because of much sun and high ripeness the alcohol level will be probably higher.’

Johannes Selbach, Zeltingen, Mosel, Germany: ‘The change in weather that took place in the 2nd half of July and the ongoing fine weather since, has raised hopes we can harvest a good quality in 2012. 2012 will not bring a large crop on theMosel!  The cool and wet weather in May and June brought massive problems in the vineyards and a combination of poor pollination during flowering and “peronospora” ( downy mildew ) reduced the potential crop during those two months.The grapes that are left on the vines are very heterogenous, necessitating careful,  selective picking because one  often finds different degrees of ripeness on the same vine.The health of the bunches is very good at the moment and the grapes have caught up nicely, courtesy of the beautiful weather in the entire month of August and September until today.In terms of ripeness and acidity, 2012 is slightly better than the 10 year average though we are still behind the (unusually early) 2011 vintage.If the weather does not turn radically in the wrong (cold and wet ) direction, we expect the Rieslings here to become perfectly ripe, with good, crisp acidity, though we may not reach the heights of 2009 or 2011 ripeness.  If the selection in the vineyards are done right, we may get a vintage with wines that have coined the image of fine Mosel Rieslings, ripe but crisp fruit, good expression of minerality and good concentration and length. If the weather stays fine!Given the very good health of the grapes at this moment , there  is no need to rush and pick them, aside from the fact the grapes still need to ripen further and accumulate flavors. In this context, we expect the Riesling harvest to begin on 15th October.’

Elisa Semino, La Colombera, Vho, Piedmont, Italy : ‘summer 2012 among the Tortonan hills was ‘caldissima !’, day and night, and without rain for two long months, since 7th May in fact. On Saturday 21st May we were very lucky when hail struck 500 metres from our vineyards ! Such was summer that we feared the plants would not be able to ripen the bunches, but this did not happen : we managed to secure clean grapes and a healthy vine and soil. In our wines we’re not searching for concentration but balance, ‘finezza’ and elegance.The project, now 7 years old, is to allow grass to grow across all the vineyards as well as ceasing to use chemical fertilisers and herbicides ; a year like this one proved a stern test for such an approach. In March 2013 we will plant a new vineyard of Timorasso ! So since August we have been preparing the ground with organic manure and a plough. The plant material for this new vineyard has been selected from the oldest vines of ‘Il Montino’. Cortese and Timorasso were harvested at the end of August while the Barbera didn’t come in until 18th Sept. Yields are down 30% ; the quality seems good. The 2012 musts display a fruity perfume, open and clean ; the two tanks of Timorasso that go into ‘Derthona’ smell of tea and camomile, while that of Il Montino has a perfume of pear.’