An introduction to the fine wines of Spain 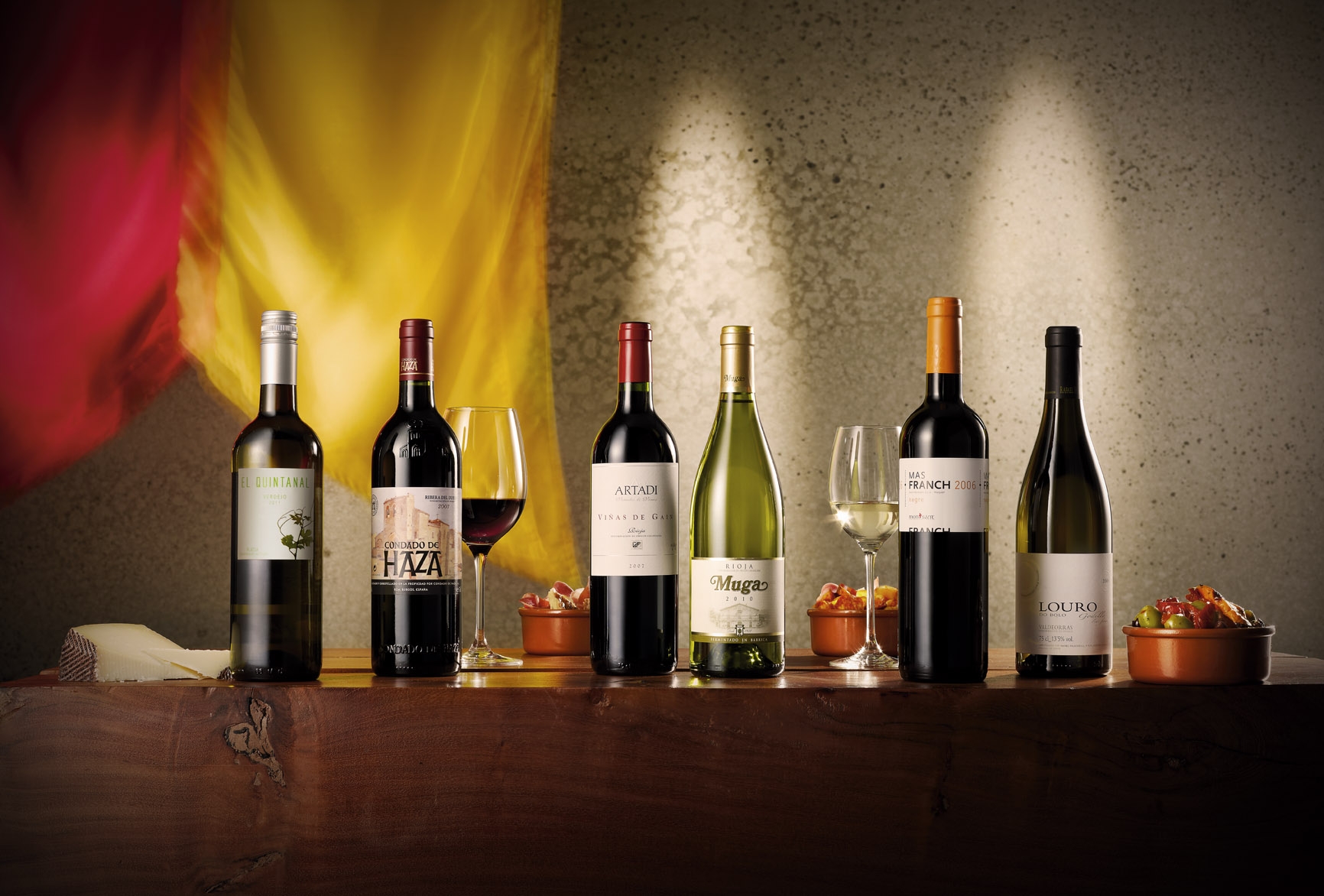 My first visit to Spain’s wine regions was a revelation. I had expected to find some good wines amongst some dusty old-fashioned Riojas, but nothing too exciting… I could not have been more wrong. The quality of Spanish wine has improved considerably in recent years, with the marrying of modern technology to time-tested techniques. This combination of old and new is what fascinated me most. Tondonia typify traditional Rioja producers, they still don’t use automatic temperature controlled fermentation (virtually unheard of today), yet still manage to make wines of exemplary purity and class, their Gran Reserva reminding me of Burgundy Grand Cru Le Musigny for its power and elegance. The other end of the scale is the producer Artadi, who rather than blending vineyard sites together (as most Rioja producers do), produce single-vineyard wines in the effort to show the unique terroir of their plantings; the results are formidable, again exuding a Burgundian elegance, but with layers and layers of flavour, which for me eclipse all but the greatest French Grand Crus. More dense, dark fruited, meaty wines can also be found in Rioja though, Marqués de Murrieta, Muga and La Rioja Alta leading from the front, showing remarkable concentration, structure and longevity (we tasted several wines from the 60s and 70s which were simply outstanding).

The far-end of the flavour profile from the red fruited Riojas though is the DOC of Ribera del Duero, two hours south west of Rioja and two hours north of Madrid. Its more continental climate gives a different character to the Tempranillo grape, with more dark fruit, hints of wet tobacco and firm tannins thanks to the summer heat; bright and well-integrated acidity still shines through and freshens the wines though thanks to the high altitude of the vineyards. Vega Sicilia’s stable has been leading the way since the 1860s, but there are several new producers making waves, Pago de los Capellanes and Cillar los Silos especially.

Perhaps the most noteworthy characteristic which Spanish wines all share though is their extraordinary value. Not only do most producers release their wines only when they are ready to drink (in contrast to Bordeaux and Burgundy) thus saving you £100s in cellaring fees, they are also unbelievably cheap in comparison to their French competitors. I tasted several Gran Reservas of equal quality to 2nd Growth Bordeaux and Grand Cru Burgundies, which cost a third the price!

So in conclusion there are wines of traditional and modern styles, capable of ageing and drinking young, with an excellent spectrum of flavours and very serious structures, not to mention their outstanding value… The only question I’m left asking myself about Spanish wines is what haven’t they got?!