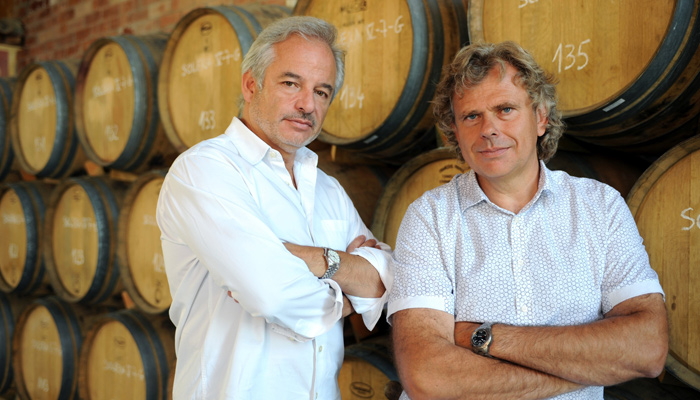 At the moment Barcelona, 28 degrees dry sunshine, and Cava feel like distant memories.  But I can still almost taste the 1999 Gran Reserva Celler Batlle, of which more later. Last week, I was with our sparkling wine buyer Simon Field as guests of Gramona, who have been producing wine and Cava for over 100 years.

After an uneventful flight (other than the rather excitable passenger in front of Simon intent on hosting, DJ-ing and dancing through his own little rap party in his seat…), we were whisked away from Barcelona airport’s almost sparkling new terminal by Ana, Gramona’s Export Director, to the new winery/cellar and vineyards owned by Gramona in Penedès to meet the winemaker, Jaume Gramona (5th generation).  In a mix of Spanish, French and English he very excitedly told us of his thoughts for why and how the new premises were built.   Mostly hidden underground with the remainder blending into the beautiful surrounding countryside/vineyards, the winery itself is managed with an eye to energy efficiency.  25% of their energy comes from geothermal tanks which collect recycled and rainwater, transport it down 20 wells and by some sort of energy/heat exchange (I’m sure any physics experts will know what I mean) can cool vats or produce heating and will soon replace their air-con systems. Jaume is also involved in nationwide research into how climate change is affecting viticulture and wine-making. 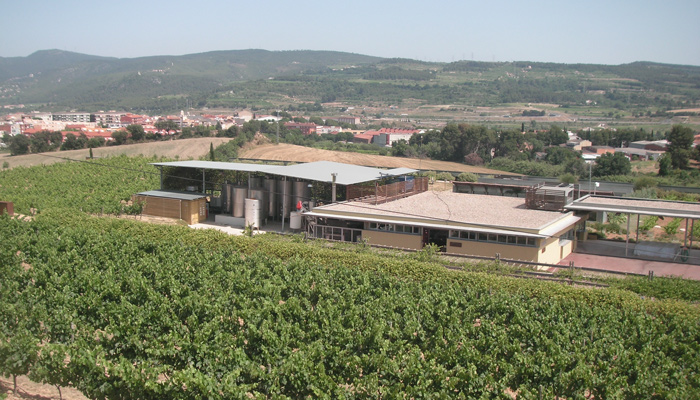 This care and concern for the environment is evident in the vineyard.  Although not certified as organic or biodynamic he has introduced some of both practices in vineyards they own and also those of growers they buy grapes from (a 50:50 split in terms of area, 120ha total), and brought over Nicolas Joly, the biodynamic guru from the Loire as a consultant/advisor.  He has reduced machinery and chemical use to a minimum and introduced animals on some of their land including lambs, ostriches(!!), and will soon take delivery of some cows, all of which are used for manure and biodynamic preparations.  Jaume had some interesting thoughts on the soil and climate in comparison to that in Champagne, saying that it is still possible to get freshness in Cava despite lower acidity (Richard Goeffroy of Dom Pérignon recently said something in a similar vein re: Champagne about the 2003). The feeling I got from Jaume is of a family aware of its history, but very much wishing to maintain and improve quality with an eye on the future.

But of course all this is meaningless if it doesn’t come through in the wines.  After our time with Jaume, Ana drove us to Sant Sadurní d’Anoia for a tasting in their old cellars.  Sant Sadurní is “Cava city”- 85% of all Cava is produced here and virtually all employment is connected to Cava.  The Gramona cellars must be the darkest I have been in- all cobwebs and near gothic gloom.  Spread over 3 levels they date back to their beginnings in 1881 when they were known as Batlle (the name Gramona arose in 1921 when Pilar Batlle married a Gramona).

This is where they riddle and disgorge by hand those cuvées aged for greater than 3 years.  We also saw the huge old wooden vats containing reserve wines used in the dosage solution, stored in a solera-like fashion similar to sherry (basically blending of new and old wines going back years), and which under the stewardship of a 4th generation Gramona adds the final touch to many of their Cavas. 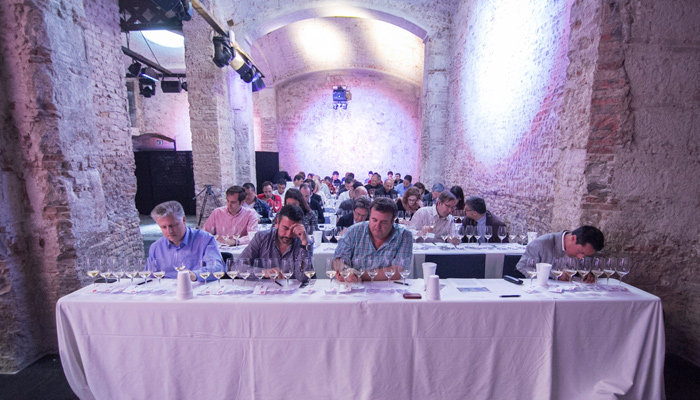 Amongst the Cavas we tasted, several stood out. The Brut Nature Gran Reserva 2007 (we currently have the 2006) has a great citric freshness with some tropical weight from the hint of Chardonnay in this cuvée.  There then followed more aged Cavas. First up were the III Lustros 2004 and 2005.  (Trivia: lustros is Catalan for a period of 5. This was originally called II Lustros as this wine used to be aged for 10 years, but copyright reasons meant a change of name to III Lustros.  They’re now aged for 6-7 years).

The 2004 had an almost praline-like sweetness of fruit balanced with moderate acidity and pleasant green apple bitterness to the dry finish. Definitely the more complete of the two, it shows where the 2005 could be in another year or two. The final trio, Celler Batlle, were from 1999, 2001 and 2002, aged under cork for 7-8 years. I was torn between the 1999 (which with its notes of burnt toast and wild mushrooms brought to mind mature Bollinger) and the 2001 (Simon’s favourite) which was a little fresher with a bit more structure. But I’m a sucker for those mushrooms and both proved that well-made Cava can age and develop.

We discussed ageing further over dinner, at which Xavier Gramona, the company Sales Director, joined us. He talked about Gramona’s history of producing long-aged Cavas and their plans to release older vintages in the future. Dinner was also a chance to try other Gramona wines including Sauvignon Blanc, Chardonnay, Gewurztraminer, Xarel-lo and Pinot Noir in still, frisant, dry and sweet variations. The Xarel-lo (a mainstay of their Cavas and rarely seen in the UK as a still wine) and the sweet Gewurztraminer were favourites. The evening ended suitably stylishly in a Saab convertible, roof down, and a speedy drive through the balmy streets of Barcelona to our hotel courtesy of Xavier. Muchas gracias!