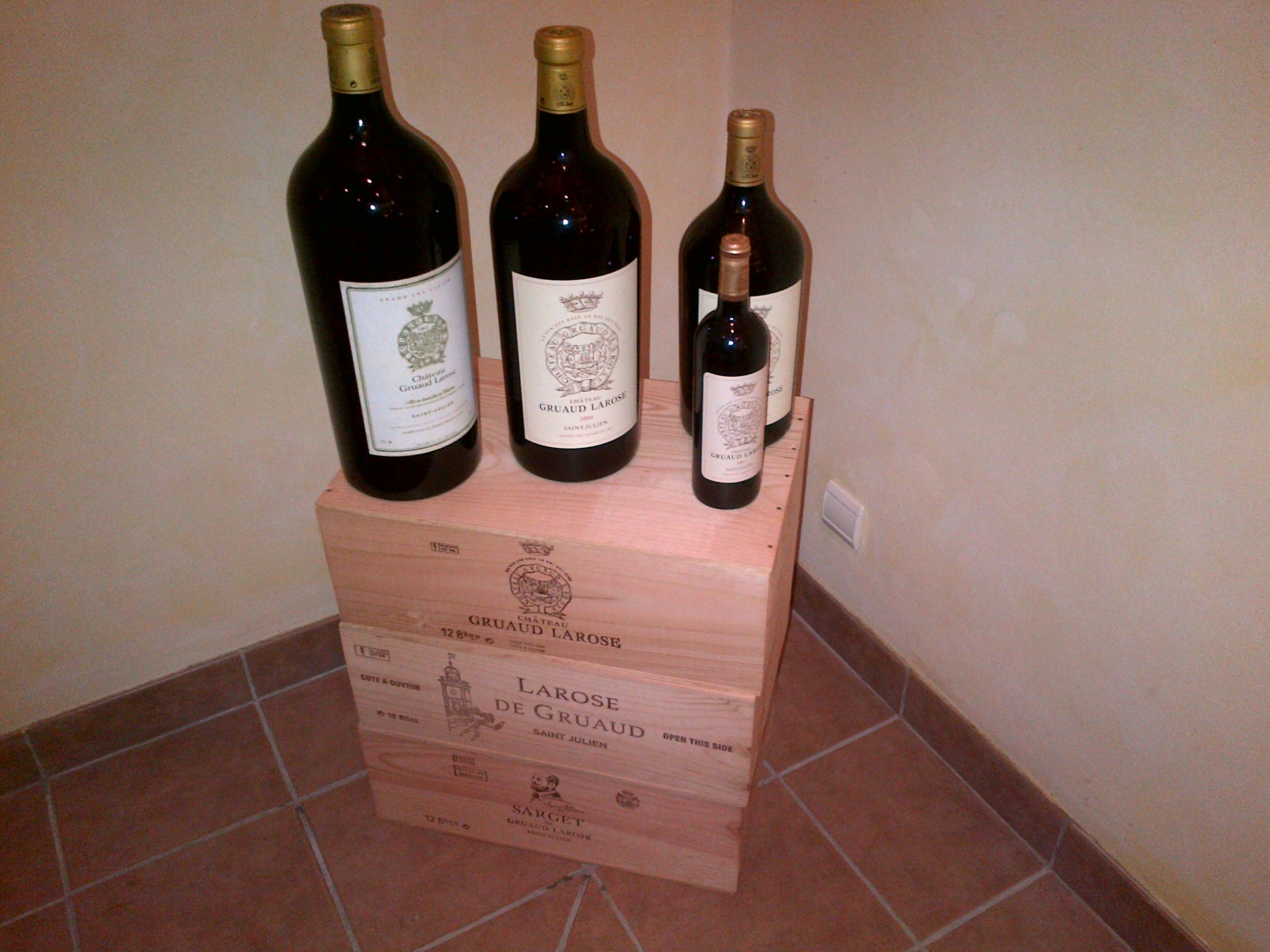 Another overcast and gloomy morning greeted us as we jumped aboard our minibus to start tasting on Wednesday and we were still buzzing after a wonderful evening spent tasting at Ch. Palmer with Thomas Duroux and Bernard de Laage. The dark, grey skies followed us all the way to Pauillac and our first stop of the day Ch. Pichon-Lalande, one of the most important ‘Super Seconds’. The quality of tannins (superb), precision and constituent parts are all in evidence, but it is perhaps a little lean at this early stage. If it puts on weight in barrel, it could be a really excellent wine.

Perennial Berrys’ favourite Ch. Batailley followed and they have continued their recent form of providing excellent drinking wine. Ch. Batailley is typically one of the best value wines from Bordeaux and they suggest that 2011 is a year which will demonstrate the importance of terroir and the quality of the winemaker – similar sentiments to those we heard from Thomas Deroux last night. We tasted many wines from the stable and were delighted to see a weight of fruit throughout the range. Our Fine Wine Director Simon Staples found the Grand Vin to be delicious and Alun Griffiths MW commented on the successful management of fine grained tannins which were well balanced alongside fleshy dark fruits. Ch. Batailley believe the fate of the campaign is in the hands of the First Growths and believes that it will commence within the next two and a half weeks. There seems to be widespread recognition that an early (and quick) campaign is necessary this year, which is of course music to our ears.

The splendour of 2011 Ch. Grand Puy-Lacoste completed our morning and this property continues to make a mockery of its 5ème Cru Classé status with their 2011 which is almost ethereal and Burgundian in style with how it integrates good fruit, freshness, minerality, complexity and length. One of the biggest successes so far. Ch. Haut-Batailley was fresh and neatly rounded with good length too. Tasting continued at  Ch. Lynch-Bages just before lunch, where Jean-Charles Cazes explained that he has heard the same reports about First Growths releasing early as we have. He is skeptical about how soon this may be, but agrees it will be earlier than last year and certainly a quicker campaign. We thoroughly enjoyed tasting the blend of our 2011 BOS Pauillac and the Villa Bel-Air, Ormes de Pez and Echo de Lynch Bages showed all of the fruit profile that has been lacking in similar level wines this week. Very complex wine for the price (or at least the price we hope and expect them to be). The Grand Vin is a real powerhouse and shows a density of fruit and complexity which is really lacking in some other wines of this reputation. It is also very intense and persistent which suggests a very effective selection of grapes. Very fine tannins complete the picture for this terrific wine which should benefit from long-term ageing in the cellar. 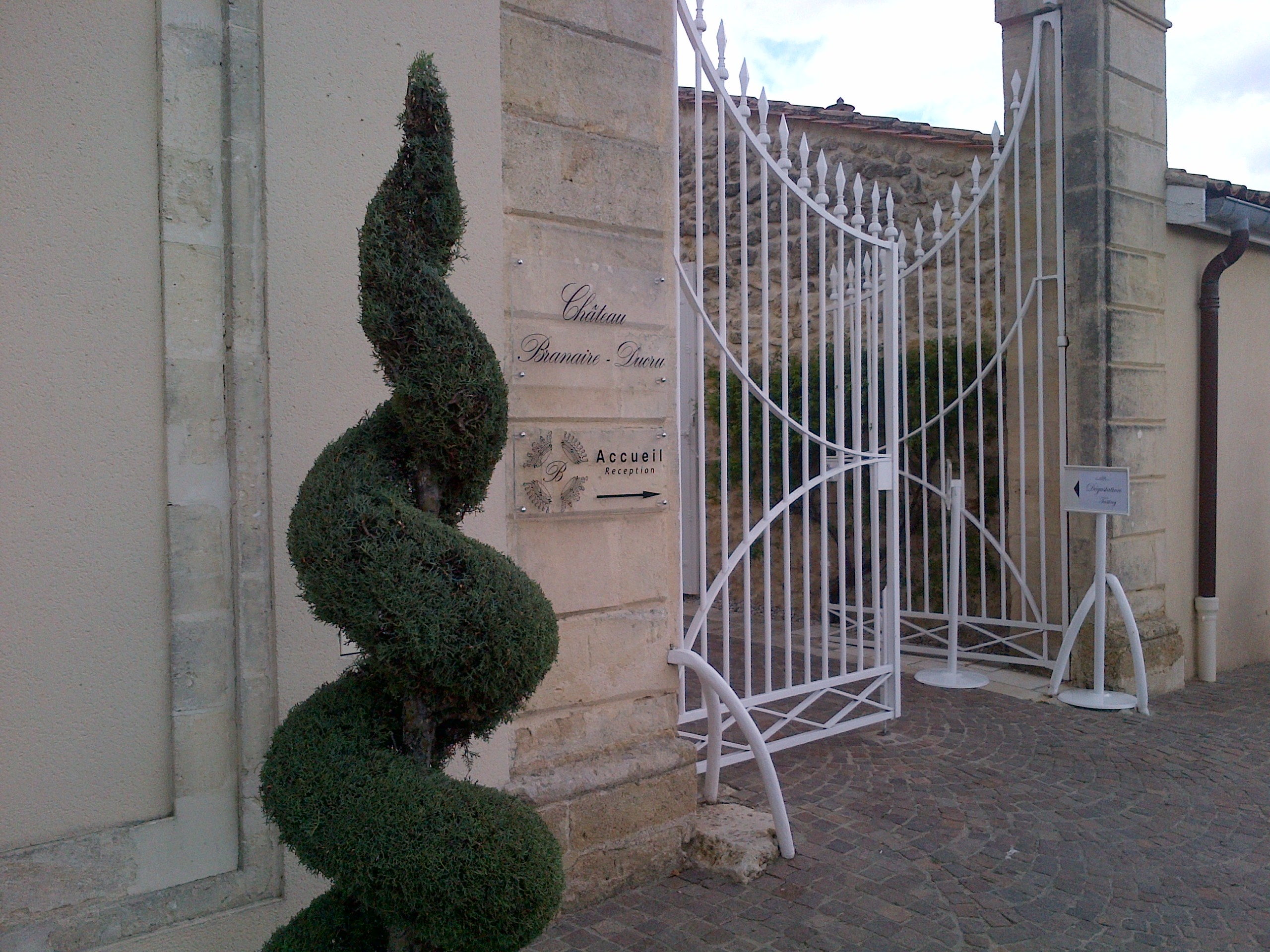 The afternoon started at Ch. Beychevelle, which boasts one of the most impressive château in the whole of the Médoc (lovely full juicy weight of fruit is found in the 2011 and the sorting and selections have also been very thorough here to enable it – 39 hectare litres produced compared to over 50 in 2004). Our next stop, conveniently, was right across the road at Ch. Brainaire-Ducru, a property that has enjoyed significant investment in recent years and is known for its classic St Julien which is elegant, ripe, supple and well-balanced. This 2011 is a blend of 67% Cabernet Sauvignon,   24% Merlot, 5% Petit Verdot and 4% Cabernet Franc. Their target production is 45 hectare liters per hectare, they achieved 37 in 2011 – again a result of dry weather (which produced small berries) and careful selections. The wine is very precise and intense, with high levels of tannin well hidden amongst a mouthfeel which doesn’t show excessive weight.

The 2ème Cru Classé property of Ch. Gruaud-Larose that produces one of St Julien`s most full-bodied and long-lived wines was our mid-afternoon visit. The Sarget de Gruaud Larose is nice and juicy, perhaps a little short – but could remain to be great value drinking wine if the price remains right. Very hard selection – using optical eye – has reduced the yield of Gruaud-Larose by 25%, and Petit Verdot has been completely counted out. Little extraction took place and this has really helped to produce a tasty wine.

2011, as with most recent Bordeaux vintages, looks set to be a vintage for long-term storage in the majority of cases, but one will need to be carefully selective in choosing their wines – with wines requiring to bought based on the merits of the individual property rather than the commune. The best wines will surely improve over time, allowing their magical fruit to emerge and integrate with firm but fine tannins. It is also worth noting that at this stage we are appraising wines in the context of this vintage, where some really have been on song, and some less so. Tonight we finish the day with a tasting at Ch. Latour, which we will blog about tomorrow.

Look out for our daily blogs and for up-to-the-minute tasting snippets and thoughts from the team, follow Simon Staples, our Fine Wine Director, on Twitter @BigSiTheWineGuy.