High-flying in Shanghai with Vertu 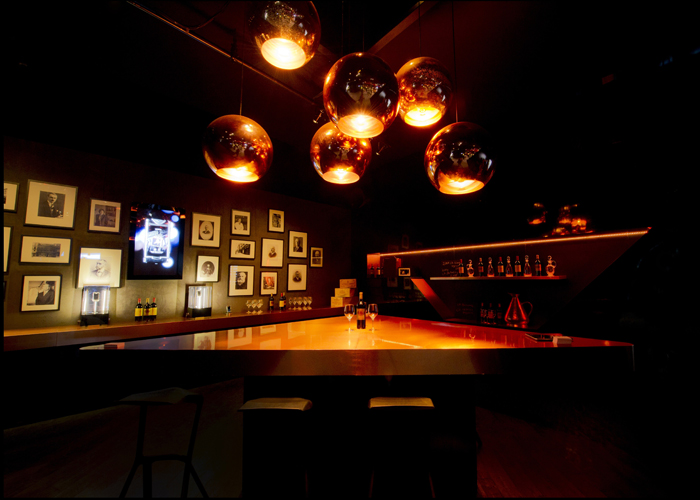 I generally prefer my Friday nights tucked at home with Sarah, my wife, with a decent bottle, my legendary chorizo chilli pasta (sadly I am the only person that calls it so) and a couple of episodes of the West Wing or Boardwalk Empire. Well my security blanky was firmly torn asunder last night as I rather bizarrely found myself in downtown Shanghai at the global launch of our partners, Vertu, and their eagerly awaited new wunder-phone The Constellation. A touch screen marvel and I have to say a thing of real beauty.

We were not sure what to expect of the evening but I was promised we wouldn’t be idle and our eyebrows should be raised by close of play. They weren’t wrong!

As we struggled through Shanghai’s teeming Friday evening traffic and headed towards the famous Bund and it’s incredible light show all eyes were drawn away to the dozen or so enormous tracer lights further up stream that cut into the overcast and starless sky. Looking like a scene from the Oscars, could this possibly be our destination? As we turned into several banks of officious security guards it seemed apparent it was. We asked our jovial taxi driver to pull over his 30 year old, battled scarred Ford Cortina so we could stroll over rather the last few hundred yards rather than arrive as four crumpled messes in a cloud of CO2. We eased ourselves out rather looking like four clowns emerging from their clown mobile under the big top. This evening’s Motley BBR Crüe consisted of the ever whimsical and dapper Dan, Adam Bilbey, our Hong Kong sales manger, Geordie Willis our Hong Kong PR and Marketing genial guru, Rufus Beazley our Shanghai head honcho and secret weapon, angelic Anglo looks, Caesar buffont and fabulously fluent in Mandarin. The team was topped off by our Hong Kong Chairman and all round bon viveur K.K Mui.

As we strolled up the enormous, tealight-flanked black carpet, ranks of Chinese paparazzi blinded us with wave after wave of flash bulbs, beckoning us to look at them. Most of the team went a bit British: head down, crack on. Billboard Bilbo went for a wave or three and I’m convinced I saw him make a phone sign to one particularly attractive lady and a cheeky wink. He was in his element. It has to said as we left several hours and a few glasses of champagne later we greeted the ranks with far more exuberance, en masse behaving more like Take That taking their final curtain call. Lushes that we were!

The venue the Vertu team had chosen was, 2 days previously, an empty 20,000 sq feet warehouse on the river. What they had created within was quite remarkable. It was almost a mixture of sophisticated night club, modern and chic museum with the fun and frivolity of a ride at Disneyland. Guests, starting with almost 200 journalists from Asia’s finest publications, were led through the whole “journey” that Vertu had created. This was so much more than the launch of a new very snazzy phone. In some ways the phone is almost secondary to what Vertu want to do. Their essence is to offer to make people’s lives easier and to try to enhance it as well. Their core, and fundamentally what attracted us to become partners with them was they live and breathe good old fashioned customer service.

They offer the ability through their touch screen apps and Concierge service to get into the most exclusive events, concerts, restaurants in 200 key cities in the World. If you’re not busy one weekend at the touch of a button you organise a private jet to take you on a personal tour of Opus One in the morning, table at the French Laundry for a leisurely lunch (wear a jacket or they won’t let you in… don’t get me started on that!) then get the jet to drop you down to LA for the Oscars and Elton’s after show jamboree. No. Really. 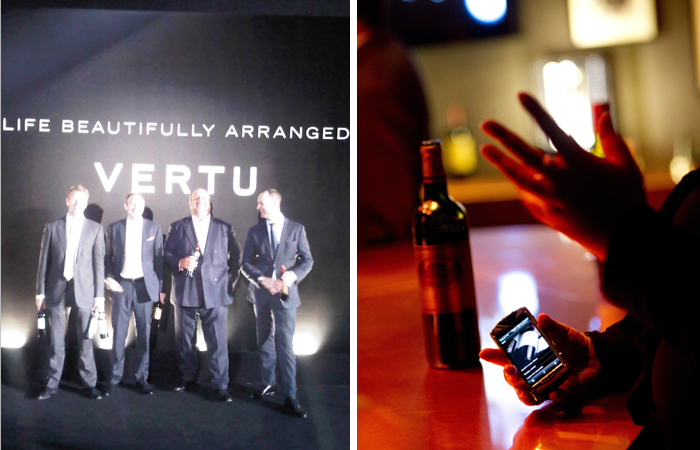 Having trouble getting the real low down on the oligarch you are are trying to do a deal with, or stuck in an explosive situation where a country erupts overnight in civil war and BA decide to pull the flight? Vertu can get you out. Now these services will cost a tad more than a £15 top up bought from the local newsagent as it is by no means for all, but they can do it.

What are BBR and Vertu doing then together then? I can see that you wouldn’t believe it would be me dangling from a black ops helicopter, on the end of a winch scooping you off a roof of an Embassy in Tripoli as the bullets rained in, with a sarcastic remark and a waiter’s friend to fend off the hordes. You’d be right!

We have been working with Vertu for almost a year on developing what I believe to be the most intuitive and useful wine app out there. Not only can you view all the information on your favorite wines, vintages, producer profiles, ratings etc, but through a very user-friendly series of on-screen selection wheels highlight a wine, whatever vintage and quantity you fancy, and that request goes immediately to one of our teams in the UK, Shanghai, Hong Kong or Japan, and we’ll return availability and price as soon as possible. This is fluid and easy to use and is backed up by another part of the app which is through the phones camera. Now this is funky.

How often have you had a cracking bottle in a restaurant knowing that most restaurants make, er, a healthy margin on the vino and you wonder how much it really is!  Your wine woes are over. Take a photo of the label and through some technology I don’t understand it recognizes the label, whizzes it through to us and we have endeavored to get back to you with availability and price “before the bottle is empty”.  Now that’s rock n roll wine merchanting at its best !

Our part of “the journey” was a spectacular black void filled with an incredible fifty foot high mobile of white wine glasses hanging from the ceiling with thirst-enhancing Champagne bubbles projected onto them. Dozens of cleverly mounted LCD tv screens projected not only beautiful images of the new phone with our app on but also the BBC documentary “The Firm” that was made a few years ago running on a constant loop. This was somewhat disconcerting that every now and again my fat face would pop up and completely throw me off my stride when I was talking to a journalist or excited member of the elite guest list. Group after group of the press were funneled through to us and always-ready Rufus was on hand to entertain and enlighten. His fluent Mandarin received with rapturous applause and huge beaming smiles.

As 9 o’clock approached we were all hurried into the venue’s largest room. Almost 1000 people dressed to the nines, quaffing various exotic cocktails and Veuve Clicquot (we cracked on with our rather delicious 2004 Brane Cantenac that we’d brought along “just in case”!) The walls and ceiling were covered in projected stars to represent “the Constellation” and in the center of the room, towering over the throng was, what can only be described as a gigantic graphite, hollow meteorite, housing 3D images of the new phone.

The lights dimmed and dramatic music enveloped the hushed crowd. A male and female hologram walked across the stage with virtual thoughts drifting from their minds; exclusive hotels, in the pits with Ferrari, behind the wheel of a Lambo, dinner in BBRs cellars ( a small whoop from our gang) etc. The people turned into 10 feet high virtual phones and their touch screens “played with” by members of the crowd. The finale was the head honcho of Vertu, Perry Oosting and 5 Chinese celebrities (who I sadly did not recognize) but the crowd went wild. As the applause reverberated around the enormous hall, there was a thunderous explosion and one wall, which was actually a 100 meter long curtain dropped to reveal the spectacular cityscape of Shanghai.

More whoops of glee and excitement  and then a DJ hologram emerged from centre stage and the evening really started, well for the party revelers. I have to say that the emergence of any DJ, real or not, has always been my cue to leave. I suggested a hasty exit to my merry amigos and they rather surprisingly agreed and we headed out into the cool Shanghai night, somewhat blown away by our new partners professionalism, creativity and flair. Bravo Vertu! It might take me a few years to save up for one of their marvelous phones but I have to say I’m sorely tempted… they are beautiful. Right then, off to Hong Kong for a few weeks to attend two huge trade fairs. Even Big Bob is there for the first time. Will keep you posted.

2 Responses to “High-flying in Shanghai with Vertu”